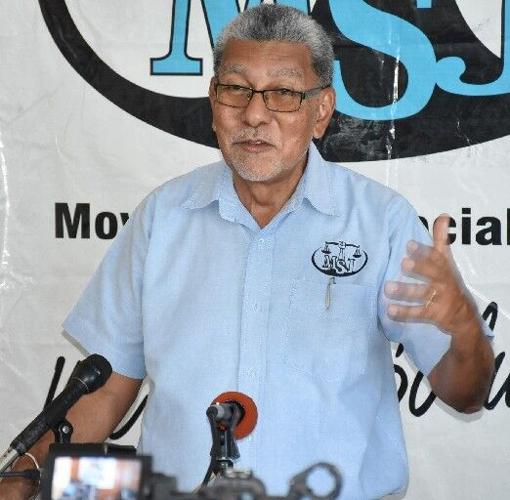 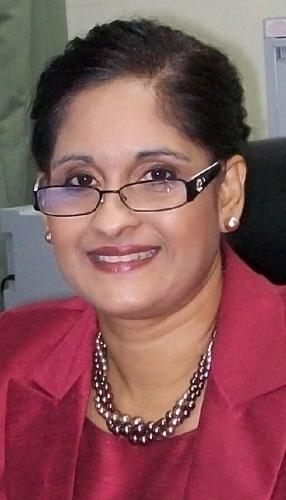 Movement for Social Justice (MSJ) David Abdulah is again calling on the Government to implement a wealth tax on energy companies operating in T&T, as a means of addressing the growing inequity in the country.

In a news release, yesterday Abdulah said that, back in April, the MSJ suggested the Government consider implementing such a measure on multinational energy companies and large local corporations.

However, it was pointed out to the MSJ leader, by the Express Business Desk, that in the 2017 budget, Finance Minister Colm Imbert introduced a new tax bracket of 30 per cent, which is applied to individuals earning over $1 million and companies with chargeable profits in excess of $1 million. Individuals in T&T earning less than $1 million a year pay 25 per cent of their taxable income in Pay As You Earn (PAYE).

It was also outlined that oil companies pay the Supplemental Petroleum Tax (SPT) on crude above US$60 a barrel.

Abdulah responded by saying that while he was aware of the wealth taxes already imposed, the energy giants do not produce much oil, only some condensate, so the SPT does not really impact their tax payments.

“The energy giants are primarily gas producers and there is no equivalent tax regime to the SPT for natural gas. The finance minister himself has raised in several budget speeches the fact that the country has been losing billions of dollars every year as a result of the gas producers being also involved downstream in LNG and engaged in tax avoidance by transfer pricing,” said Abdulah.

He said it is totally inequitable that multinational energy companies like BP and Shell, which operate here, are announcing huge windfall profit, but local consumers are paying more for fuel. This is why these companies can and should pay more, Abdulah argued.

“As should the energy companies in ammonia and methanol where product prices have gone up dramatically in the last year. It cannot be right for the share of the national cake to be increasing significantly for some while for the majority, their share is stagnant at best and declicing at worst. For those who have not had a wage/salary increase for close to 10 years, their share of the cake has shrunk,” he stressed.

Abdulah said the implementation of a wealth tax is one way that the government can increase its revenue and thus have the resources to make a fair wage offer to all the public sector unions.

“This is not just about raising money it is fundamentally about equity. We cannot construct a peaceful nation unless there is economic and social justice,” the political leader said in his statement.

Giving her take on the issue, economist Dr Indera Sagewan told the Express yesterday that while she fully appreciates the underlying reasoning for the windfall tax proposal being put forward by Abdulah, in her view this is only a quick fix of sorts and does not address the underlying issues.

Sagewan said the underlying issues need to be addressed to find a sustainable solution to lack of growth and employment opportunities, financial constraints to providing much-needed wage increases across these classes of people.

“Let us not forget that these very energy companies also went through very difficult periods of gas curtailment, low product prices and so they have an entitlement to the windfall they are now realising,” said Sagewan.

Further, Sagewan said it is also unfair that retailers in food, pharmaceuticals made increased profits through a pandemic and now war.

‘But that again is because of poor government. Why not increase the import taxes on luxury and basic substitutes to locally grown and produced foods, making it prohibitive to import avocados and mangoes, etc? This alone would stimulate local production. The bottom line is that we are passing the quick fixes, we need sustainable and practical growth promoting initiatives beyond oil and gas, and we need them fast,” she emphasised.

RETIRED chairman of the Trinidad and Tobago Civil Aviation Authority, Ramesh Lutchmedial, is…

ENTREPRENEURSHIP is the gateway to economic recovery, wealth creation and long-term prosperi…

WHOLLY State-owned National Gas Company (NGC) and NewGen Energy (NewGen) have deepened their partnership to cooperate on the enabling of a sustainable hydrogen economy for the energy sector of T&T, by signing a non-binding Heads of Agreement (HOA).

THIS week, the first grocerant, a grocery and restaurant combined, will be opened in T&T.

For the trio, it is their first local brand.

Chairman of the Tobago Business Chamber Martin George has called on Caribbean Airlines Ltd (CAL) to withdraw a news release it issued on Thursday, which he said appeared to place blame on the domestic airbridge for the airline’s economic woes and failures over the years and make an excuse for not increasing flights between Trinidad and Tobago.

RUM and bitters manufacturer, Angostura Holdings Ltd, yesterday declared an after-tax profit of $67.6 million for the six months ended June 30, 2022, a 21.7 per cent improvement over the $55.56 million the company earned in the same period in 2021.