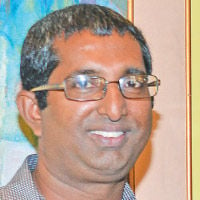 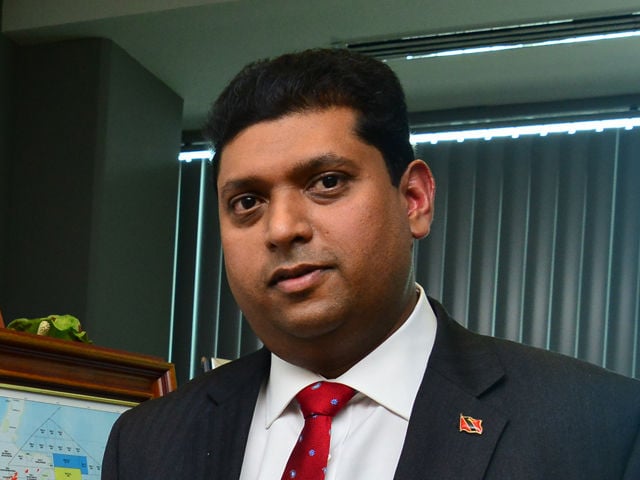 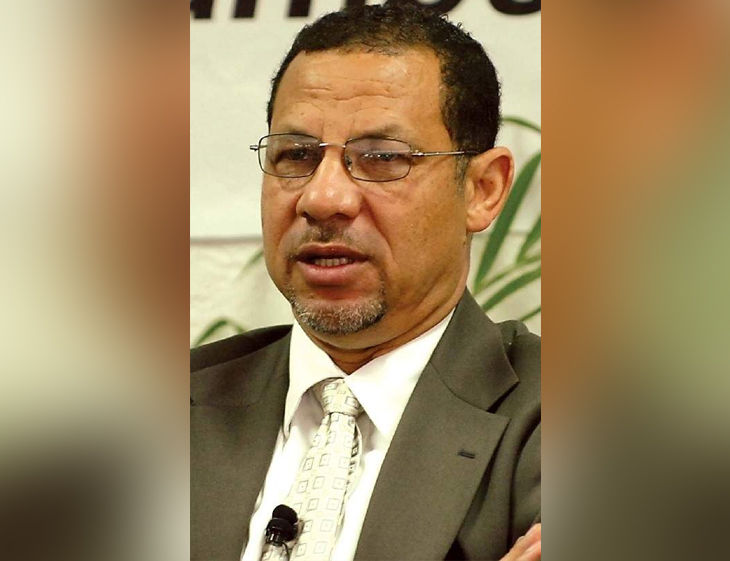 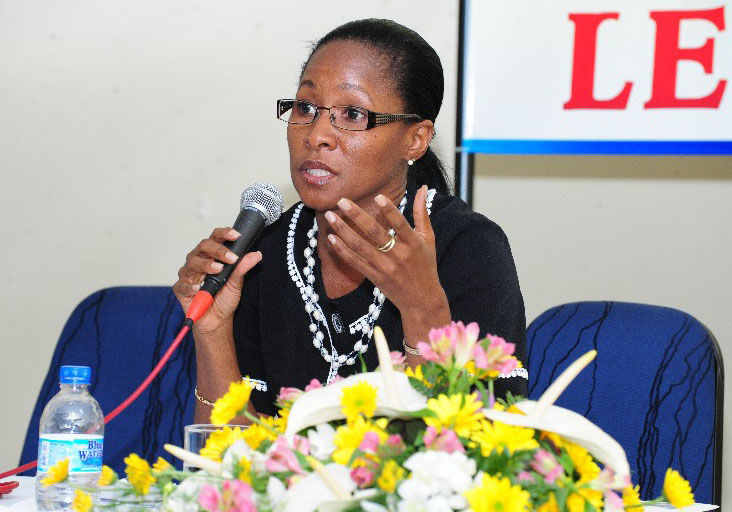 IN THE coming months, there will be hardship. Adjustments—some forced, some necessary, most unplanned. And the cost of living will increase.

That’s the view of three men- two former government ministers — former energy minister under the People’s Partnership administration, Kevin Ramnarine, and former minister in the ministry of finance under a People’s National Movement administration, Mariano Browne, and an economist from The University of the West Indies (UWI), Dr Roger Hosein.

The trio teamed up to give their opinions to the Sunday Express on the state of affairs in the T&T’s economy and what needs to be addressed in the short and medium term as the Government maps the way forward in a post-Covid reality:

1. Hosein thinks labour isn’t effectively utilised to re-build the base of the economy and there needs to be a re-prioritisation of foreign exchange spent on goods.

In his view, foreign exchange should not be spent on goods he calls non-tradable, for example like clothes.

“After seeing the economy between 2018 and 2019 growing at the average of minus 0.5 per cent per annum, we have arrived at a beautiful moment in time. COVID-19 represents an opportunity to rethink and recalibrate the economy,” said Hosein.

2. Browne is of the view that T&T’s economic mix was not effective and that the pandemic is a symptom of a disease.

He said T&T needs to consider the feasibility of importing natural gas from the United States.

“So in terms of painting a picture of the future, we should not eliminate the possibility that we could become a sort of import hub for natural gas.

We used to be an import hub for crude oil, we refine it and export refined products, and nothing is wrong with that because that is what Singapore does,” he said.

The fall in energy prices over the past few months will impact T&T’s earnings.

Last Monday, Finance Minster Colm Imbert, in a statement to Parliament on the economic and financial response to the Covid-19 pandemic, disclosed that the budget deficit for 2020 would be $15.5 billion.

To manage the country’s financial affairs, the Government is embarking on borrowings internationally for budget support while it proposes to undertake drawdowns from the country’s Heritage and Stabalisation Fund (HSF) to offer liquidity support for businesses and citizens to help buffer the pandemic impact.

The trio conclude that devaluation is on the cards within the next 24 months and should be an active conversation.

Here’s why they conclude it will happen:

1. The limited foreign exchange expected to come in from the energy sector in the coming months as a result of a low price environment for energy products.

2. An import cover of just about seven months.

3. A supply chain disruption that will impact the economy.

Browne’s view is contextualised in what T&T does to generate foreign exchange.

“Our manufacturing sector is going to have a problem, because the other economies that we generally export to, the ones in near proximity, are all in some level of depression, because tourism is in deep doo doo for the next 24 months,” he said.

Browne said Government has refused to have a discussion about the value of T&T’s currency because it has been playing for time on the assumption that energy prices will recover.

“It will never be a good time,” said Browne.

“It is not going to change the way the economy is functioning. What it will do is make certain what Roger (Hosein) calls the non-tradable, it will make some of those prices more expensive and increase the cost of living,” he said.

Sunday Express: Do you think at this point of time we are ready for that?

Browne: Well, you know, you’re never going to be ready for it. Nobody wants to be told by your employer — you’re going drop your income by today. You want to be doing your thing and you will be in a better frame of mind to deal with it tomorrow, or one week from today. But that doesn’t adjust the reality. So you could take the position. And we’ve been through this before under the PNM in 1986. The bottom line is the Heritage and Stabilisation Fund (HSF) buys you time,” he said.

“So, our foreign reserves in terms of import cover give us 7.5 months, which is actually the highest in the Caribbean, in the Caricom region. However, Mr Imbert has married the HSF reserves with the foreign reserves when he speaks about how much US dollars we have in total. But the point I want to make is this: our official net foreign reserves have come down from around US$10.4 billion at the end of 2015 to US$6.6. billion today. So there’s been a slide downwards in the last five years,” he said.

Economist Dr Marlene Attzs said the economy is in precarious position and it is likely the deficits will continue for the medium term unless the country structurally changes the economic management.

She’s not sold on devaluation.

“I think there are many policy options that could be considered at this time, one of which is exchange rate policy. Given our current exchange rate system, a managed float, it is possible that the GORTT might give consideration to allowing the rate to depreciate (devalue) given the continued demand for foreign exchange for food imports, among other things, even though there’s a decline in foreign exchange earnings.

“While such a policy option will help make exports cheaper and possibly boost efforts at economic diversification, the unintended consequence could put more hardships on the average Trinbagonian by making food (which we import) and other imported necessities e.g. medicines even more expensive than they already are.

“In our current circumstances where people have lost their jobs or face decreased salaries/wages, no government would wish to put further pressure on them by having the cost of living increase,” she said.

In a post-COVID reality, Attzs envisages a more resilient T&T.

“One that initially may not have the windfall incomes to which we grew accustomed but one in which there is a diversified source of revenue and a citizenry that has a better understanding of how vulnerable our economy is and what role we as individuals need to play to help the country move forward.

“The road ahead in rebuilding T&T post COVID will be challenging. I see it as a marathon as opposed to a sprint—and rebuilding a resilient T&T economy will be achieved over the medium to long-term.

“The challenge to rebuild should not be left solely to Governments, though they have a pivotal role to play in terms of ensuring the availability of, and access to, public goods and services,” she said.

She suggests that the Government’s implementing team should focus on a more resilient T&T.

“For many of us, the two crises – COVID-19 and energy sector decline – were unimaginable coincidences. However, the current period provides an opportunity for what I call structural adjustment by which I simply mean deliberate, internally-driven policy action that seeks to alter the nature, structure and functioning of our economy.

“The enabling environment to which I refer also should include more efficient public institutions – we can’t have inefficient/outdated systems and expect different outcomes,” she said.

We stopped sales on May 8

Trinidad Cement Ltd has confirmed that it has not supplied any cement to local distributors and retailers of the commodity since May 8, except for direct supplies to three essential construction projects as per the Government’s request.

MAJORITY State-owned Caribbean Airlines (CAL) reported an after-tax loss of US$103 million in its financial year ended December 31, 2020, compared with a US$6.7 million profit in 2019.

CEMENT importer, Rock Hard Cement, yesterday signalled that it intends to increase its price of the commodity on the local market from July 1, 2021, “due to rising prices worldwide along with the volatility of shipping during the second half of the year”.

THE Trinidad and Tobago Manufacturers’ Association (TTMA) is asking Finance Minister Colm Imbert to consider salary relief grants to almost half of manufacturing sector employees who have been affected in one way or the other by Covid-19.

FINANCE Minister Colm Imbert said yesterday that the proposal to increase the retirement age to 65 from the current age of 60 is under “active consideration,” but he said the Government has not made a “firm decision” on the matter as yet.

THE Republic Group has signalled its intention to lend and invest US$$200 million by 2025 to support actions that would help achieve major climate finance goals.