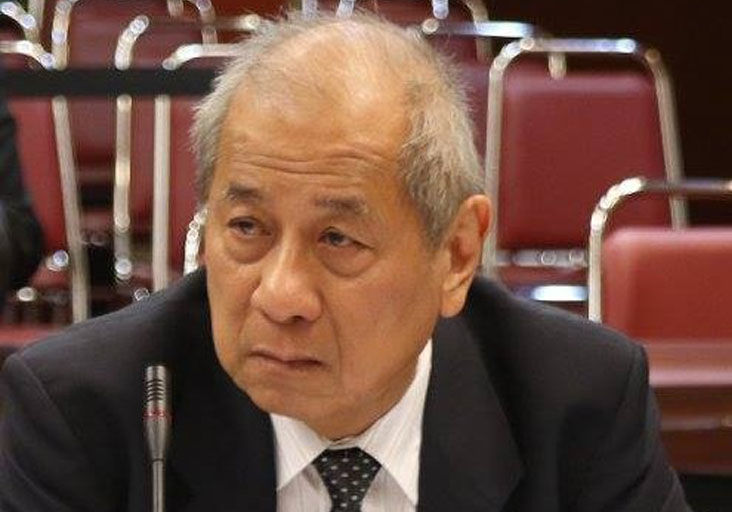 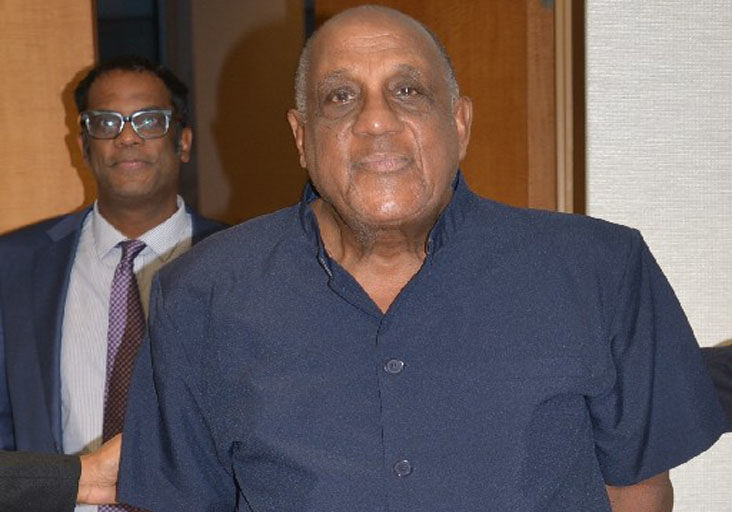 Last week, the Business Express spoke to three energy stalwarts —energy czar Prof Ken Julien, chairman of Atlantic LNG Ian Welch and former permanent secretary of the Ministry of Energy Andrew Jupiter—on the future of the Point Lisas Industrial Estate. Often referred to as the Point Lisas model— it is an amalgamation of varied industries utilising T&T’s natural resource—natural gas—in an estate serviced by a port which provides employment and revenue. They all agreed that the model needs to evolve and for Welch, the situation is “urgent”.

This week, the Sunday Business spoke exclusively to former president of the National Gas Company (NGC), Frank Look Kin who has consulted with the Ministry of Energy since his departure from the Point Lisas-based company.

Here are his thoughts:

1. T&T is going through a difficult period which could last three years.

2. Expect more plant closures in the coming months. (Already eight on the Point Lisas Industrial Estate have been shuttered)

3. The role of the NGC as aggregator in the economy is even more important in the times ahead.

As an industry veteran, who worked with the founding architects in the development of the estate and one who spent 12 years as the president of the NGC, he admitted that the challenges the country faces are multi-faceted.

The Covid-19 pandemic, unfortunately, has exacerbated that and will affect the shape and form of the estate.

But he has witnessed many cycles of price fluctuations throughout his career.

It’s a source of comfort, somewhat, because it allows him to rely on history and experience.

1. It’s all about demand and supply.

2. It’s about being progressive and innovative about the plan moving forward.

3. You have to think long-term.

4. You have to be fair to everyone.

He recalled that even when the estate first started up in 1977, almost ten years after it was conceived of by the South Chamber of Industry and Commerce, pushed by the late Robert Montano, and borne out of a study by Arthur D Little Inc, there were challenges.

“In the early days, it was a struggle. Methanol prices were very low. And there was talk about shutting the plant down because it was probably uneconomic at that time. And it was the same thing with ISCOTT. They wanted to shut down ISCOTT. Ammonia was up and down and they struggled with that. And, I guess, sometimes when you wait long enough the price changes. The price of methanol changed and they started making money in methanol and so therefore the plan continued.

The petrochemical industry started to grow significantly in the 1990s.

At that point, the NGC introduced product-related pricing.

“What was common in the ammonia and methanol industries was that these plants in Trinidad weren’t meant for local consumption. We didn’t use that material. So therefore, in the world of ammonia and methanol what happened is with the price at US$150 a tonne, everybody went and built ammonia plants in different countries. And then there’ll be an oversupply of ammonia and methanol. And then so what will happen is that everybody stopped producing. Now, for the next five- six years, demand will catch up with supply and then prices rise again. So what you had was a cyclical industry.

“So what was developed was a gas-pricing formula that, basically, when the prices were growing and high, the formula was, the gas price would increase. And when the reverse occurred and the product prices went down, the gas price went down, but it didn’t go down to zero. It went down to a floor price. At least the floor price protected the NGC during those periods, but on the high side, it went up.

“And people said, well, we needed a cap. And NGC basically argued that the cap is really the market, the market base would be such as when there’s too much when the price goes way high. So then you had the growth of industry based on a pricing formula that linked the product, the price of gas to the production. That was the first phase of growth in the industry,” he said.

He observed objectively that what happened in the marketplace at that time was, “one man’s misery is a next man’s gain.”

Shortages and struggles ahead

He said a tipping point for T&T was in the period 2005-2008, before the financial crisis and prices of drilling wells and operating costs doubled.

This was further compounded by the Deepwater Horizon oil spill in April 2010 which forced energy companies to review safety measures on platforms and then American shale gas, which came into the system.

Further, the inability of NGC to negotiate contracts on time affected its negotiating power in its contracts that were expiring.

“We eventually signed those contracts probably around 2016. Because we knew if we didn’t sign them in 2016, there was no way we could get gas by 2018 and 2019 because it takes over two years, so they’re about to get new gas supplies.

“Probably we should have negotiated new gas contracts in 2012,” he lamented.

“And in fact, we tried to get the NGC to start those negotiations. For whatever reason, we never did. We just played around with it. And so therefore, when you come to 2016, now, your negotiating position was weakened strategically, right? Because now you have to sign the contract, you have to get the gas, because otherwise the gas supply would end at the end of 2018, and that’s exactly where NGC found itself. So, it was a struggle to get new gas supplies, and we had to pay higher prices. I can’t give an estimate. But had NGC negotiated those contracts earlier when different conditions existed, rather than in 2016, we might have not got those high prices that we got. But we had to accept the price, because the producer says, well, I’m not gonna invest. And when 2018-2019 comes around you have no gas,” he said.

Shortages in the estate started to occur in 2012.

1. Markets—T&T’s main market for ammonia and methanol was the US but they now produce those commodities. So T&T has to look farther afield, Europe and Asia, for markets which increase transportation costs and reduce netback prices.

2. Having a business model which works for three parties—the upstream, the NGC—who, at minimum has to make back its operating costs with some margin and downstream, who are faced with low global prices.

“One of the problems I think, we (NGC) always saw was the fact that some of these plants are very old and therefore they should be amortised. But what they did, the plants went and borrowed money to do maintenance, and so therefore, when we said that the plants should be totally amortised and therefore shouldn’t come into the pricing formula, they were saying yes, but we have money for this bank in Trinidad. MHTL borrowed from local banks. And Yara borrowed money from local banks also. And so, therefore, now in their operating costs formula, there’s an element of loan once more whereas in the past, the parent company took that up. So that was another negative, if you might use that word,” he said.

“We keep saying we should diversify. I have no problem with diversifying. But I think we need to recognise that these investments are not one-year investments or two-year investments. They’re multi-billion dollar investments. And I guess one of the challenges we always worry about is whether the investors would decide to move their plants from Trinidad,” he said.

One of the dilemmas is the downstream who argue that the NGC has outlived its usefulness.

“Some companies feel NGC shouldn’t be in the business and is making tons of money. We probably made money five years ago, but we are not making any money now. The NGC is struggling to make take or pay. But even with five plants down, there is still a struggle,” he said.

“I know everybody looks at this in the short term, but this is a long-term industry. Yes, we are trying to find new formulas and trying to see if we could get lower prices from the producers, because those contracts will be ending in 2024. But we have to struggle to get through 2020-2022. I guess the country has to struggle now,” he said.

Where is it going to end?

“Well, the NGC has always accepted that when the price is low, some plants may have to drop off. The plants that were least efficient. People might not want to accept it but that’s reality. So the Yara plant shut down because that was the most inefficient plant in Trinidad,” he said.

“It’s going to be difficult. It’s going to be very difficult, because the upstream people have some vested interest because what they don’t sell to the methanol companies or the petrochemical company, they sell as LNG, but LNG also is also low. So we face a dilemma the other way around because there’s an oversupply of gas, in a sense to both the ammonia, methanol and also LNG markets, globally. And unfortunately, there’s no short-term answer.

“Because this takes time. And then Covid has caused demand for all kinds of things to fall. And, therefore, unless the demand gets back up for ammonia and methanol!and LNG, we are going to have to struggle, at least for 2020 and 2021, if not 2022.”

Prime Minister Dr Keith Rowley has told members of the Community Recovery Committee that in the context of addressing the problems of at-risk urban communities, it would encompass the problem of the Afro-Trinidadians who make up the bulk of the people in these specific communities.

Is Kamla committed to a ‘competitive exchange rate?’

RESPONDING TO the presentation of the 2020 budget by Minister of Finance, Colm Imbert, Parliament’s Hansard recorded Opposition Leader, Kamla Persad-Bissessar as telling the nation on October 11:

ONE of the outcomes of T&T’s current economic position is that there is likely to be increasing pressure on landlords of commercial properties to reduce their lease rental rates, says Mark Edghill, president of the Association of Real Estate Agents of Trinidad and Tobago (AREA).

SHAREHOLDERS of Sagicor Financial Company have expressed shock that the insurance company, which is headquartered in Barbados, paid its top five executives total compensation of US$24,315,981 in 2019.

Bitten by the business bug

MANY people have reasons for wanting to start their own business.

For Remy Gervais and his girlfriend, Keisha Romani, it was their opportunity to gain financial freedom.

Speaking to Express Business on Thursday, Gervais said, “It has always been my dream to have my own business.

GHL to acquire portfolio in J’ca

A SUBSIDIARY of Guardian Holdings Ltd is to acquire the insusrance and annuities business of NCB Insurance Company, as the NCB Financial Group (NCBFG) moves to streamline its insurance business in Jamaica.