No more than 5 - New order on social gatherings 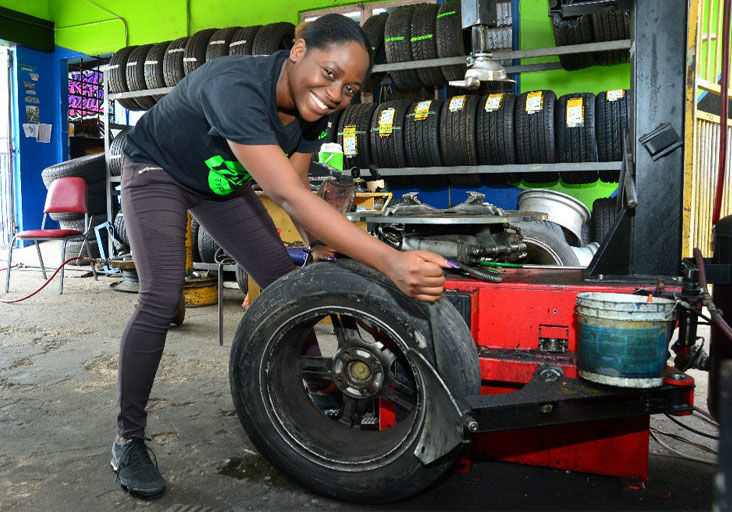 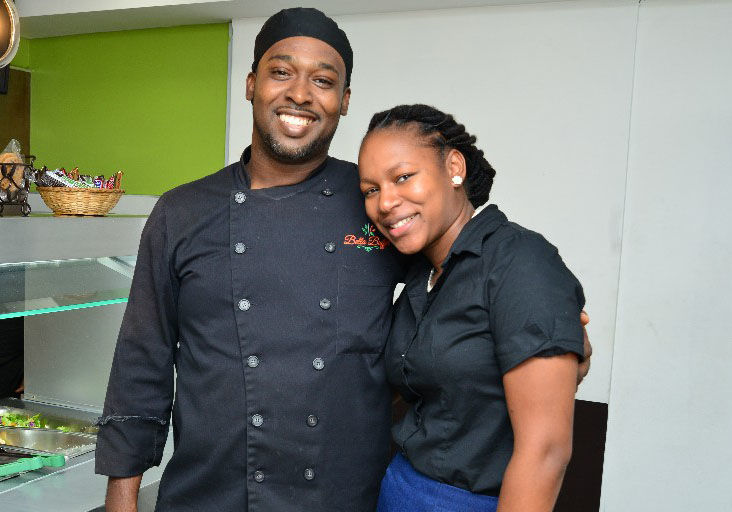 LAST WEEK, Express Business featured chairman of the National Entrepreneurship Development Company Limited (NEDCO) Clarry Benn who shared how the company was able to successfully transition the entity from being saddled with an 80 per cent loan loss ratio, unsustainable operating costs and an image that left much to be desired, to a leaner, more efficient company, whose cost of operations has been slashed in half.

NEDCO is the State enterprise tasked with developing the micro and small enterprise sector through the provision of loans, business training and entrepreneurial support services. It provides loans of up to $500,000 to start-ups and companies looking to expand their business.

This week we feature two successful businesses that have benefitted from loans and support from the organisation.

If you frequent Lady Young Road on any given day you may notice cars lined up outside a tyre sales and repair shop just before the pedestrian walkover in Morvant.

The establishment, Yalla Auto Ltd, is owned and operated by 24-year-old Nalanee Jones and her mother, Gemma Woodley.

Jones, Yalla’s primary director, said after pursuing a BSC in accounting and finance at the University of Southampton in England, she returned home in September 2018, confused about what business venture she should to delve into.

All she knew was that she wanted to follow in her late father’s footsteps.

“I came from an entrepreneurial background. My father was an entrepreneur who had a company, Craft Art Ltd, in this very same spot. He used to export craft but when he died in 2002 his business also died,” she recounted during an interview on Monday.

The story behind Yalla is not the traditional start-up story.

Neither Jones nor her mother had experience in tyre repairs.

“My mom was actually renting this space to a tyre shop. So there was a tyre shop operating here for some time, since I was in school. The guy who owned it was leaving and he went on to have his business elsewhere. And I decided let’s just continue a tyre business,” she said.

Retaining some of the staff from the previous tyre shop, including its repair expert she fondly called “Gramps,” and using her expertise in accounting and finance, Jones embarked on the business venture.

That’s when she decided to approach NEDCO for a loan to cover the cost of purchasing new machinery and renovating the old structure.

“NEDCO has always been in my knowledge since growing up. I went to Bishop Anstey High School and I would walk to school. At the time, NEDCO’s head office was on my route to school. I had little knowledge about them, but I knew that they helped entrepreneurs,” Jones noted.

“They were my first option when I came back home. The thing with banks is they ask that you be at least two years in business to get funding. But with NEDCO, I literally went to them with the idea and they were not hesitant to help. What was admirable was that they didn’t shoot down my idea. My age and gender didn’t matter,” she noted.

After receiving the NEDCO loan, Yalla was officially opened in April 2019.

On plans for the future, Jones said her goal is to eventually expand the tyre shop to accommodate more vehicles.

It’s 12.30 p.m. and Bella Buffet, a restaurant located on the compound of Royal Palm Plaza in Maraval, is chock-a-block with customers.

Its co-owner, Jodin Griffith, is seen walking a customer on crutches to his car, then placing his lunch in the front seat.

Inside her husband, chef Runako, takes orders from and interacts with customers.

According to Runako, his love for food as a boy developed into a career years later.

After pursuing an Associate Degree in Culinary Management from the Trinidad and Tobago Hospitality and Tourism Institute, Runako worked at several restaurants, including as a corporate chef at El Pecos Grill.

Then he became part owner of Beautiful Buffet, a restaurant which once occupied the spot on which his business now operates.

“The other two people had the majority of shares. I gained my shares from being an executive chef. So I brought a wealth of knowledge to the business,” Runako explained.

“After being with Beautiful Buffet for about five years, I learned a lot about management. My business partners eventually decided that they wanted to move on. They were ready to sell out. At that time the restaurant had three branches,” he added.

Runako said he approached three banks for a loan to purchase the restaurant at Royal Palm Plaza.

“I was getting a lot of run-around from the banks and then my wife suggested that I check out NEDCO, which she said helped people with loans to establish small businesses,” he said.

After about two months, the loan with NEDCO was approved and Bella Buffet was up and running.

“For me, NEDCO was the choice because unlike other financial institutions which were just focussed on proving that you were financially capable to repay the loan, they (NEDCO) were focused on ensuring that the business is sturdy by offering the extra support in terms of training,” Jodin said.

Bella Buffet currently has eight staff members and is the only restaurant at the Plaza offering “creole” food.

The Griffiths plan to eventually expand the business to include a breakfast café.

“We definitely want to do more catering as well,” Runako said.

NEDCO cleans up, slims down

IF CLARRY Benn had his way, National Entrepreneurship Development Company Limited (NEDCO), of which he is chairman, would be a household name in Trinidad and Tobago, significantly impacting this country’s micro and small enterprise (MSE) sector.

In the red, NEDCO offers VSEP

Plauged with delays, the Point Fortin hospital has been included in the Government’s public health response to COVID-19.

But it won’t be completed until the end of April, says chairman of Urban Development Corporation of Trinidad and Tobago (Udecott) Noel Garcia.

WHILE some private sector bodies are in favour of the Government’s decision to limit non-essential work in T&T for two weeks from midnight on Sunday, the Trinidad and Tobago Chamber of Industry and Commerce is disappointed by this move.

Lessons and challenges: Cooperation in the era of Coronavirus

As the world battle to come to terms with the COVID-19 pandemic, which apart from leaving a …