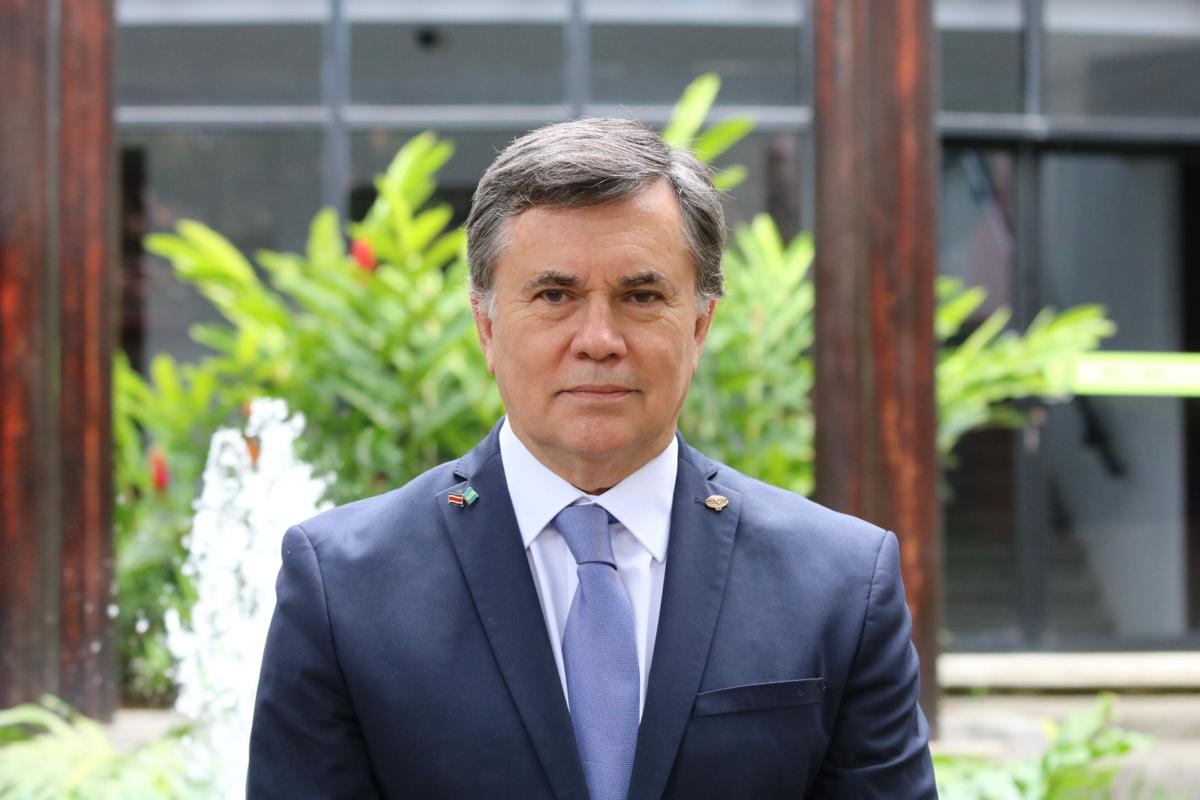 As the world battle to come to terms with the COVID-19 pandemic, which apart from leaving a trail of dead bodies, threatens to stifle economic growth and dismantle some economies, Manuel Otero, Director of the Inter-American Institute for Cooperation on Agriculture (IICA) is calling for diversification and sustainable food security, especially among countries in the Western Hemisphere.

In a press release issued by IICA on Monday, Otero stated the current situation calls for the adoption of food security strategies combined with greater impetus towards increasing self-sufficiency.

“We are witnessing the spread of a new pandemic in the 21st century. Now less than four months since it first erupted, this emergency is rocking the world, and we are not yet able to foresee what life will be like in a few months, when this dramatic event is finally over.

“Amidst the confusion, fear and disorientation, we can draw some conclusions and identify preliminary lessons. The first is obvious. This situation is having a greater impact on economies that are excessively dependent on one sector, such as tourism, petroleum or agricultural raw materials. The structural, long-term antidote to this is diversification.

“The slowing down of trade is also endangering people’s ability to fully exercise their right to food, especially in countries with an extremely high agricultural trade deficit.  In some cases, it seems that there may be insufficient labor to transport goods, especially over long distances, although, this is not affecting the food supply at the moment.

“Approximately 20 countries in the hemisphere are net importers of food. Each year, the Caribbean region alone draws a cheque for 6 billion dollars to feed 44.5 million people. The situation calls for food security strategies and greater efforts to increase self-sufficiency.

“We must again reassess the role of family farmers, who, ironically, although pivotal in ensuring food self-sufficiency, are the adjustment variable in times of economic uncertainty. These farmers supply close to 60% of the food demand in the hemisphere. This situation requires us to focus on policies that benefit these producers, emphasizing areas such as associativity, extension services, access to technology and agricultural insurance.

“The new generation of pests and diseases affecting men and women, crops and animals—such as Fusarium on bananas, locusts and African Swine Fever—create the need for sophisticated surveillance and agricultural quarantine services, as a means of reinforcing the importance of health intelligence and prospective monitoring.

“We will have to strengthen national and regional innovation and development systems before the developed countries leave us behind completely. Our countries must increase the production of major crops, while boosting their resistance to drought, pests and diseases; and we must be increasingly rigorous about controlling the indiscriminate use of certain agro-chemicals.

“The well-being and food security of our people are at stake, which means maintaining the world order, as we know it. This situation makes the delivery of effective and first-class technical cooperation an imperative.”

The novel coronavirus will have a significant impact on the global economy, the regional economy and on the national economy. There are a variety of ways it will affect the economy, including a slow down or complete halt of production activities, restrictions in the movement of people to work and to places of socialisation and debilitating supply chains.

MASTERCARD, the American network payment processing giant, has signed a multimillion dollar, multi-year and multi-country non-equity investment in T&T’s WiPay, which will lead to the roll-out of a new virtual card by the end of April.

Trinidad and Tobago Securities and Exchange Commission (TTSEC) is charged with reviewing and investigating all complaints and ‘tips’ received in relation to the securities industry, including, but not limited to, those made against broker-dealers, investment advisers, underwriters, reporting issuers and self-regulatory organisations.

THERE were long lines outside the Central Bank in Port of Spain yesterday, as people rushed to exchange old $100 bills for new polymer notes, on the final day to complete the transaction.

Plauged with delays, the Point Fortin hospital has been included in the Government’s public health response to COVID-19.

But it won’t be completed until the end of April, says chairman of Urban Development Corporation of Trinidad and Tobago (Udecott) Noel Garcia.