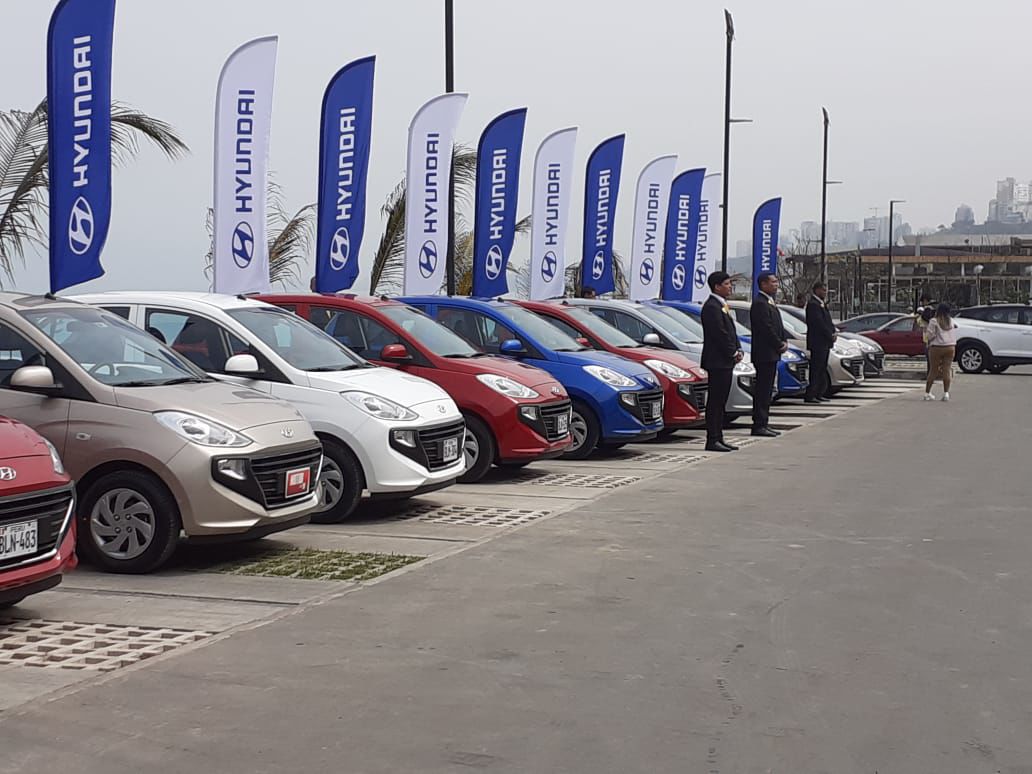 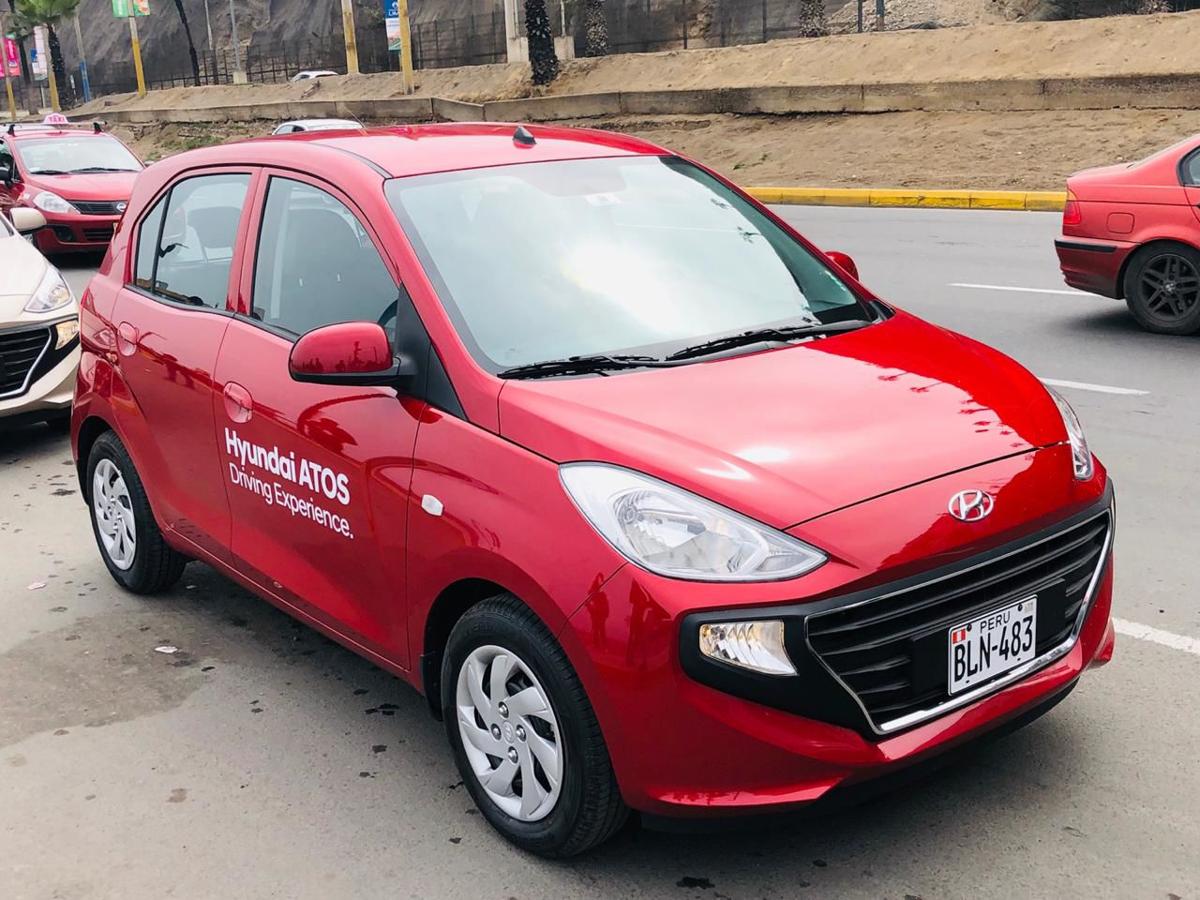 The Express was invited to participate in the driving tour of downtown Lima.

The Atos is what marketing experts describe as a car for city driving.

It comes fully powered with a four cylinder, 1.1 engine with a maximum 68 horsepower at 5,500 rpm.

Massy Motors is the local distributor of the Hyundai Atos.

The company will start selling the car in Trinidad and Tobago in September.

Besides its price point, Hyundai executives believe the Atos also has the design and standard equipment that will allow it to stand wherever it is sold.

A small car designed for the trials of driving and parking in a busy city, the hatchback also comes with special connectivity features.

The radio system comes with a seven-inch screen feature with Apple CarPlay and Android Auto functions.

Senior brand manager at Massy Motors Creagh Costelloe, who went on the driving tour in Lima last week, described the Atos as real “value for money.

“It makes city driving easier, it’s very efficient and has (a lot of specifications) for the price.”

He told the Express: “While the target market is first-time owners, anyone can own it.

And in this economy, it’s real bang for your buck.”

ANGOSTURA HOLDINGS experienced a shift in demand for its products during the stay-at-home Covid-19 period.

Bars were ordered to close for more than three months and only reopened on June 22, 2020.

We are in a better position than many countries

WHILE business owners throughout T&T are downsizing, consolidating or closing down because of Covid-19, 36-year-old entrepreneur and director of Sports & Games Ltd, Omar Hadeed, is expanding the group’s retail footprint, which focuses on fashion brands and quick-dining options.

Traffic not close to before Covid

IN ORDER to survive the current economic landscape, we must diversify, said president of the San Fernando Business Association Daphne Bartlett.

All businesses have been affected by the pandemic, and as such, it cannot be business as usual, she said.

CL FINANCIAL’s joint liquidators have prepared about 1,700 acres of land owned by Home Construction Ltd for sale, according to a report prepared by the group’s liquidators David Holukoff and Hugh Dickson.

RESTRICTIONS on public gatherings and stay-at-home regulations meant a huge shift towards people working from home. For those companies that had already been taking steps towards cloud-based platforms, it would have been a seamless switch with persons being able to work from a hotel room in Japan, if necessary.