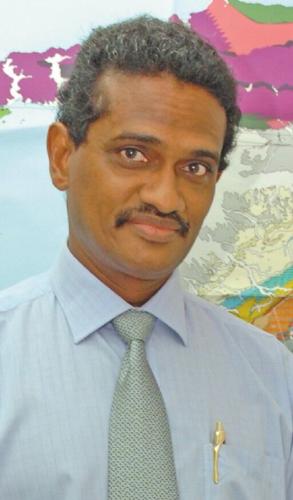 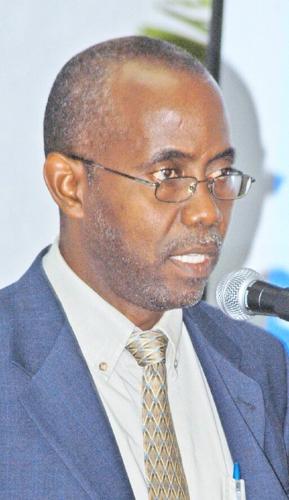 ENERGY expert Anthony Paul is not convinced that T&T has its ducks lined up to deliver the various sub-projects required to bring that gas to shore in T&T.

Paul was responding to questions from the Express following Tuesday’s announcement that the US government had carved out an exemption to its sanctions on Venezuela that allow the exploitation of the Dragon Field by T&T. The Dragon field is located north west of Trinidad in Venezuela waters, but near to Anglo-Dutch energy giant Shell’s operations in the neighbouring Hibiscus field.

Paul questioned where will the National Gas Company or Heritage find the required resources to construct the pipeline and whether is T&T acting as an advocate or business development arm of a multinational.

“Aside from some glib statements of gas going to plants and product going to markets, I have not seen any indication as to how T&T will generate revenue or how much of it will be retained by/in T&T. As we know, the major gas producers pay little or no taxes in T&T,” he stressed.

As far as the involvement of Shell, Paul said that is even more perplexing on several fronts.

“The Government’s stated intent to use Shell as a partner and the assets it operates in the Hibiscus field and pipeline has so far not addressed major operational hurdles. That aside, the Government’s handling of the Shell licence extension or renewal doesn’t give confidence that T&T is negotiating a good deal from its assets,” the energy expert added.

McGuire: It will take time

Energy economist Gregory McGuire yesterday described the granting of a licence by the US to allow the exploitation of the Dragon field, which straddles the maritime border of T&T and Venezuela, “as a timely boost”.

McGuire, principal consultant at VSL Consultants, told TV6’s Morning Edition yesterday, that while it is good news, the benefits won’t be seen within the next 11 months.

“This is a welcomed and timely boost to an accessible proven reserve of natural gas, I think that is the most significant thing. And in saying so I want T&T to understand that, as significant as it is, it’s not a short-term benefit. It’s not going to happen this year or not even perhaps next year. What we talking about are benefits that come at least two years down the road,” he outlined.

McGuire noted that this country’s natural gas reserves have been declining over the last decade or so and as such he indicated that this agreement is a step in the right direction due to its potential to expand in other areas.

“Major areas we are talking about are down south. We have the Plataforma Deltana in which lie three fields that straddle the borders of T&T and Venezuela: Loran-Manatee, Coquina and Kapok/Dorado. These fields, and that entire area, are estimated to have between 21-38 trillion cubic feet (tcf) of reserves and that’s just down in South. In the north where the Dragon field is located, it is estimated to have more than 12 tcf of reserves and production potential of 1.2-1.5 billion cubic feet a day,” he highlighted.And, Ramps Logistics chief executive officer Shaun Rampersad told the Express yesterday at the closing of the energy conference held at the Hyatt that this was welcome news for the energy sector.

“I am hopeful. I am optimistic and I am overjoyed with that announcement on Tuesday. I mean I can’t tell you how many calls I have gotten. How many messages I have gotten, especially from service companies that have gone through hell, in the last few years? We’ve had to downsize. We have had to figure out how to survive and breathe, a breath of fresh air into the service sector in this country and I think that people are looking forward to it coming online. They are looking at reinvesting in their business, rehiring and recommitting to their businesses here in Trinidad and Tobago,” Rampersad concluded.

Consumers could find themselves paying higher prices for flour, cooking oil, and even animal…

Now BIR under fire from Tax Appeal Board

T&T’s Tax Appeal Board ordered the Board of Inland Revenue (BIR) to pay ANSA Motors $209,510 after the BIR fined the company and when the matter came before the Tax Appeal Board, failed to legally represent itself or allow its officers to give evidence.

The case—involving the BIR and ANSA Motors, a subsidiary of ANSA McAL—was unearthed last Thursday, a day after Attorney General Reginald Armour held a news conference to discuss a disappearing file and the failure of the State to appear in a cost adjudication matter involving nine former murder accused.

EFFECTIVE Monday, eggs will increase by $3 per dozen, due to the increase in the price of feed for layer chickens.

This was revealed yesterday by the Association of Trinidad and Tobago Table Egg Producers vice president, Dennis Ramsingh, as he said this move by the egg producers became necessary as the cost of feed is due to be increased by five per cent on Monday.