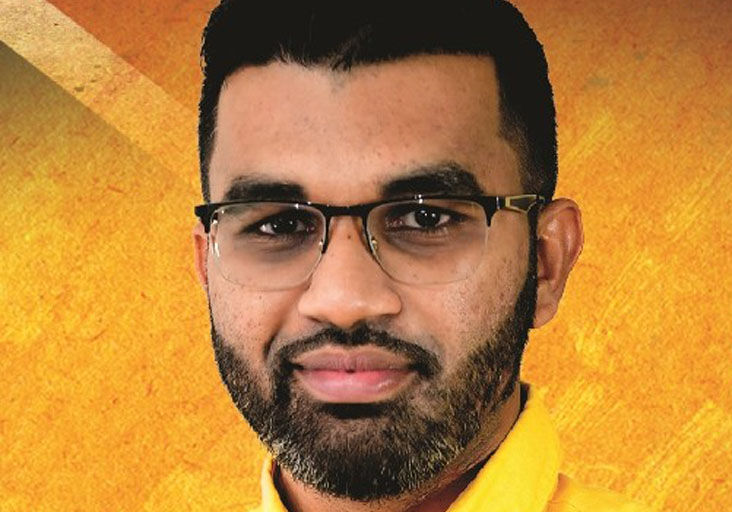 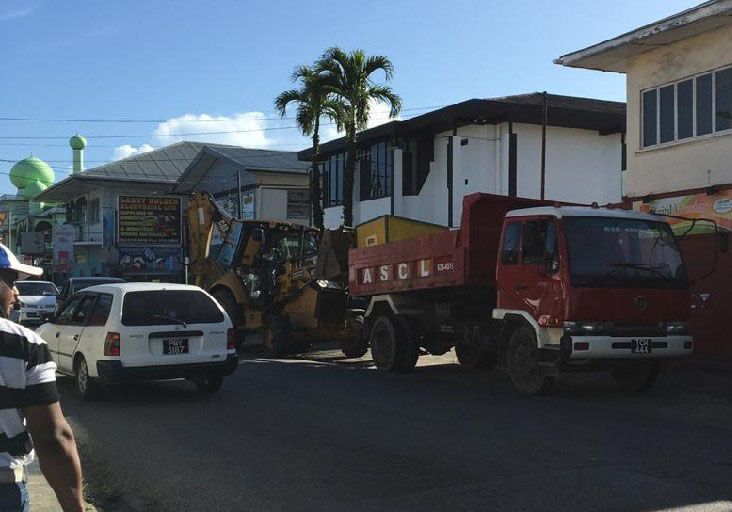 With three more days to go before Monday’s general election, a fight has broken out in the marginal seat of Barataria/San Juan over dustbins.

United National Congress (UNC) general election candidate Saddam Hosein has threatened to take legal action against the San Juan/Laventille Re­gional Corporation for removing several bins he placed in the constituency to assist in the prevention of littering and flooding.

However, chairman of the San Juan/Laventille Re­­­gional Corporation Anthony Roberts said Hosein can bring any legal action as the corporation has the authority to remove the bins.

In a telephone interview with the Express yesterday, Ho­sein said several bins were removed from Jojo Lane, Don Miguel Road and the Croisee by the corporation.

Asked why he installed the bins, Hosein said it was in response to the cries of the people.

“On my walkabouts, residents in the area complained that they didn’t have proper garbage disposal and they asked if I could look into it, in terms of providing some sort of garbage disposal,” he said.

No notice of breach

Hosein said in the absence of bins, litter was strewn on the roadway, pavements and drains, causing a sore sight, rodents and contribu­ting to the clogging of waterways.

“I placed two bins on the Croisee because regularly, people would take their garbage and dump it on the pavement because there are no bins around. We placed the bins off the pavement to ensure that people place their garbage in the dumpster and the place doesn’t become an eyesore,” he said.

Hosein said the bins are constructed with aluminium sheeting, painted yellow and has his photo on them.

He said he did not receive any notice from the corporation indica­ting he was in breach of any regulation or law.

“The bins have my name on it and they have not written to me. Those bins are my property and if those bins are damaged, I will be requesting compensation for the bins so I can place them back for the benefit of the residents,” he said.

Hosein said he learnt of the removal of the bins through photos and videos sent to him from irate residents.

Asked if he had requested a meeting with the corporation, Hosein replied: “I am not requesting any meeting, but I will be taking legal action because they refused to meet with me and give me an opportunity to be heard in the first instance,” he said.

The Express contacted Roberts by phone and he defended the corporation’s actions.

He said this is not a local government election Hosein is contes­ting.

“The issues that he’s trying to deal with are local government issues, and more than that, he’s dropping a whole set of bins and he’s littering my corporation, my muni­cipality,” Roberts said.

“You don’t just put down bins, they must be cleaned, so you can’t be doing that, and more than that, he can go ahead and take legal action, I’m waiting,” he said.

Asked if Hosein was contacted to remove the bins, Roberts said the corporation will remove them anytime they see them.

“Nobody is even entitled to go and interfere with our drains, so let him be so dotish and go and take legal action; our legislation provides for people interfering in our drains, even if they build over the drain, we could break it,” he said.

Asked where the bins were ta­ken, Roberts said he has no idea where the staff placed them, but it is “somewhere in our care”.

Questioned on whether Hosein would be allowed to reclaim the bins, he said: “I don’t know if he could come and reclaim them just so, we might want to charge him since he’s stupid.”

Roberts said Hosein had no authority to install those bins.

He said the UNC members of the council would normally support the People’s National Movement (PNM) and take whatever action against persons who “behave so foolish”.

Roberts claimed Hosein was advised by a council member against the bins and he still went ahead.

Will they seize my sex toys? - Businesswoman takes legal action

As of Friday afternoon, the Health Ministry reports the following:

Two wounded by cops during shootout

TWO robbery suspects were shot in a confrontation with police on Wednesday.