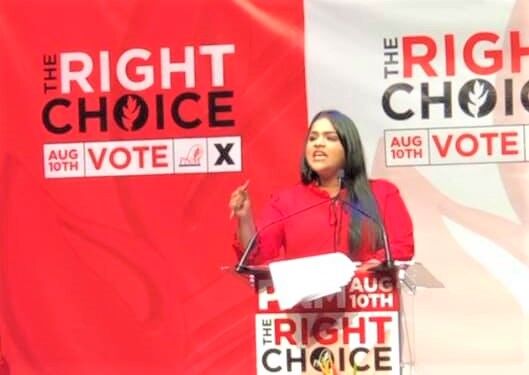 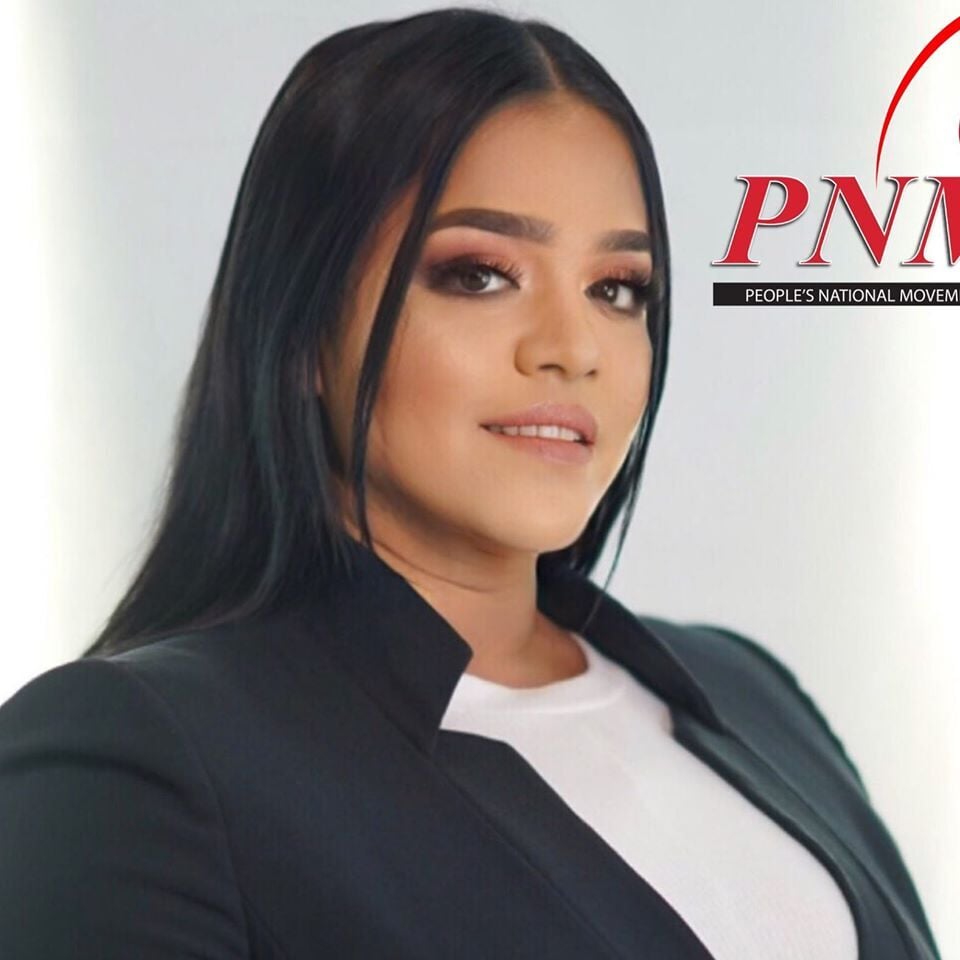 People's National Movement (PNM) candidate for St Augustine, Renuka Sagramsingh-Sooklal, says she was not surprised by the verbal attacks from those who judged her on ethnicity during her campaign.

Sagramsingh-Sooklal said, however, the slurs only fueled the fire inside her to work harder to bring home the seat to the PNM.

Speaking at a PNM campaign meeting in Port-of-Spain on Wednesday night, Sagramsingh-Sooklal said Indian women should not be degraded for their decision to offer themselves as candidates in the PNM. She said the party was diverse and disciplined and offered women a platform to grow and serve with dignity and pride.

Sagramsingh-Sooklal shared an encounter with an elderly man during a walkabout in St Augustine.

Sagramsingh-Sooklal said she "took the blows" and walked away with clasped hands.

She continued, "What uncle did not know and may never know is walking away was not because I was weak....I walked away not because I was inadequate. I walked away because I always remembered that the PNM as stated in the 1956 charter is a rally, a convention of all, a mobilisation of all cutting across race, religion, class and colour with an emphasis on united action by all the people in the common cause."

Sagramsingh-Sooklal said her involvement in politics was not about ethnicity but to serve the people of Trinidad and Tobago in a political party that was disciplined and did not allow tribal and partisan politics.

"What uncle did not also know is that the only people we know in the PNM is Trinbagonian people. What he did not even know was that his slurs at me only fuelled the fire inside me, making me more eager, day after day to put on my battle dress and bring St Augustine home to the PNM," she said.

An attorney-at-law, Sagramsingh-Sooklal said she was involved in community work as a child.

According to Sagramsingh-Sooklal she offered herself to the PNM as the party worked to uplift women, and women were the engine room and pulse of the party.

She said PNM women were allowed to use their emotions, soft-hearted nature and ability to communicate to get things done.

Sagransingh-Sooklal said the PNM was diverse and disciplined and was not working to divide the nation along race and religion.

"Let us never support those who continue to promote division amongst us, let is punish those who do not know the difference between blank and black by never voting for them again and ensuring they never see the corridors of power ever again," she said.

‘We love our black man’

Dismissing allegations from the UNC that the PNM sought to expose its Toco/Sangre Grande candidate, Arouca/Maloney candidate Camille Robinson-Regis said the UNC candidate seems to do a good job of exposing herself.

1,000 went to a cricket match in Central: Cops did nothing, says Gary

Commissioner of Police, Gary Griffith, has ordered that an investigation be conducted into a…

'The UNC has likened black people to monkeys' says PM

Prime Minister Dr Keith Rowley is demanding that the UNC remove an advertisement which, he s…

The Ministry of Health provides the following clinical update as of Friday morning.

'I look forward to my say and day in court'