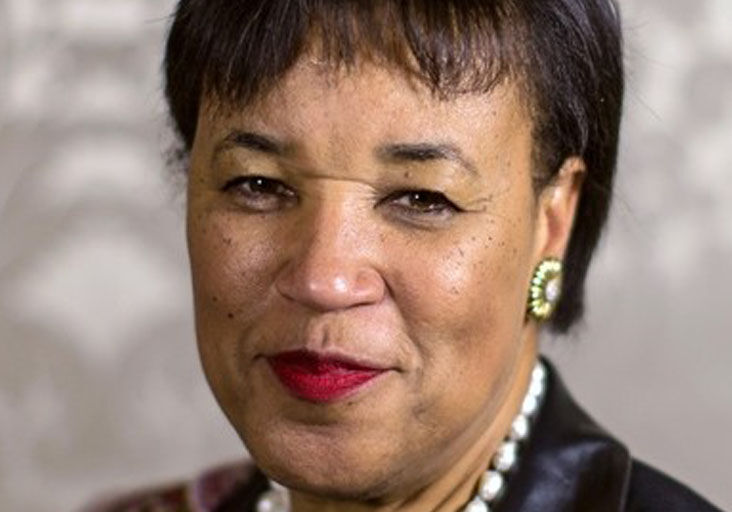 Baroness Patricia Scotland...Secretary-­General of the Commonwealth 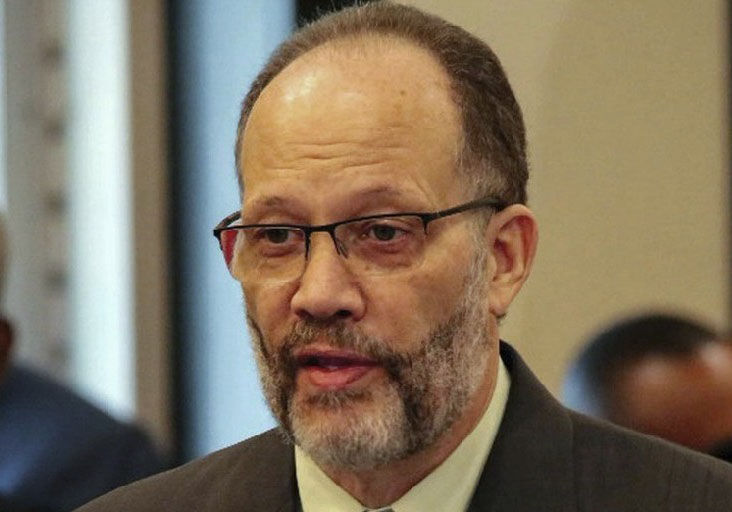 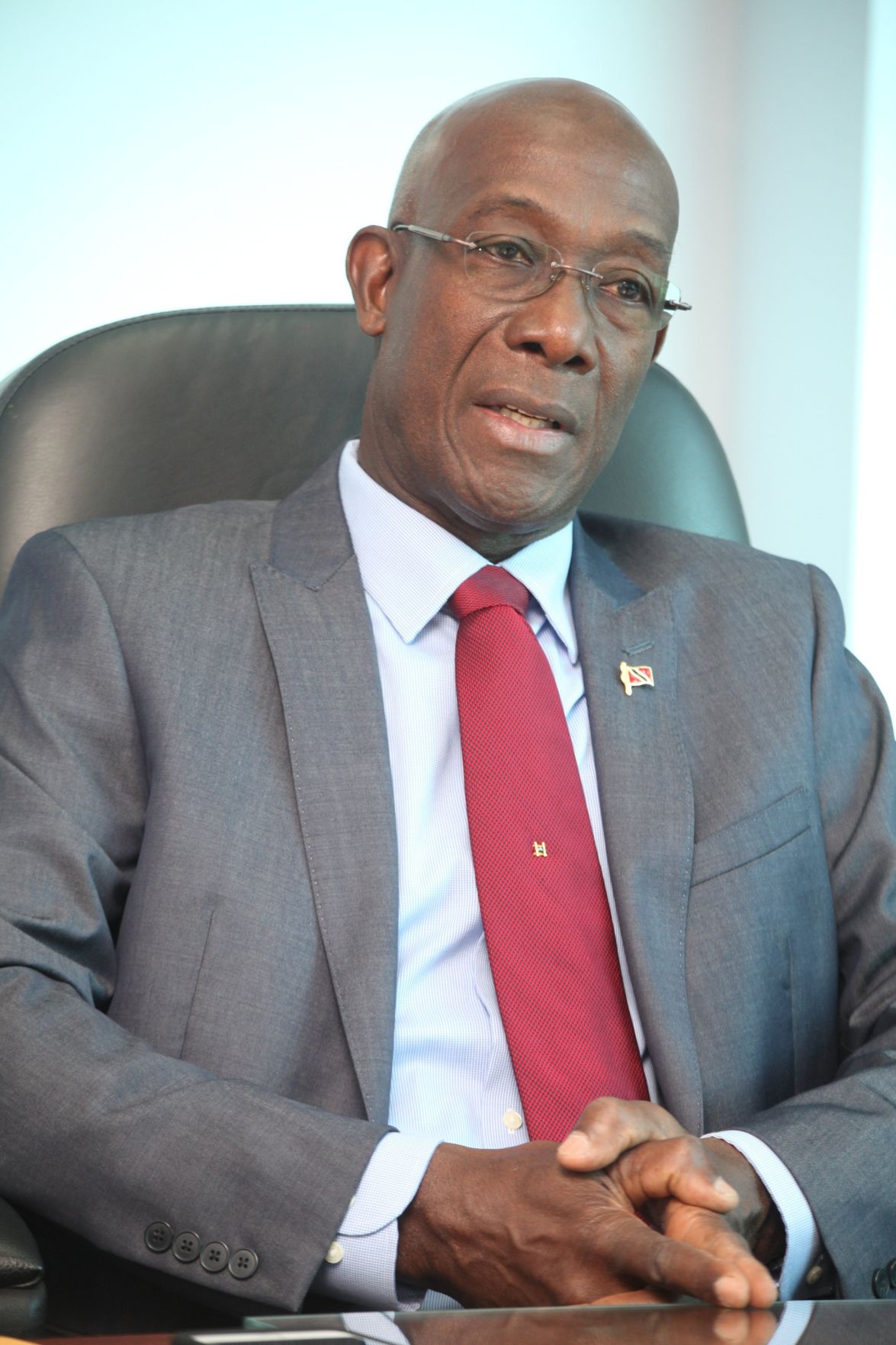 Baroness Patricia Scotland...Secretary-­General of the Commonwealth

Prime Minister Dr Keith Rowley said yesterday he took umbrage at the Opposition Leader’s misrepresentation of facts surrounding the absence of observer missions for the Trinidad and Tobago general election.

“It is being said that I, as Prime Minister, did not invite observers to come here and that I took steps to prevent them from coming. I have seen it written by columnists who have no regard for the facts...writing that the Government prevented observers from coming or did not invite observers. I just want to dismiss that...for the folly that it is,” Rowley said at a news conference at the Balisier House, Port of Spain.

The Prime Minis­ter said very soon after calling the election, he took steps to invite Caricom and the Commonwealth secretariats to send observers for the election, and both agencies indicated their willingness to come.

“Having initially indicated at first cut that they would accommodate us, in trying to do that, both agencies had difficulties at their end and also in complying with our requests at this end, with respect to the arrival of any such person or persons who they would send,” he said.

He said the Commonwealth Secretariat faced financial constraints in meeting the cost of the 14-day quarantine and asked for assistance from the T&T Government. But the Prime Minister said the Government could not fund people who were coming in to examine its election process. “You can’t pay your own judge to adjudicate on your own case,” he said.

He said the Government therefore sought to get Canada and the UK, two other Commonwealth countries, to participate in providing the funding, which was the obstacle to the Commonwealth Secretariat in having the observer mission coming here.

“But we didn’t get very far with that because it was an unusual request, which was considered in some quarters, and by the time we got responses to that, it was too late. In the case of the Caricom mission, the Caricom Secretariat was only able to source three persons, which the secretary felt was not sufficient for an observer mission, he said.

‘More persons on the ground’

According to the documents released on the Prime Minister’s website, the Prime Minister sent a letter to Caricom Secretary-General Irwin LaRocque on July 9, inviting Caricom to send an election observation mission.

He indicated because of the management of the pandemic, the T&T borders were closed and the observation mission would need to arrive in T&T no later than July 24 to facilitate the 14-days of State-supervised quarantine.

He said election observers would need to apply for and obtain an exemption to enable entry into this country, and such a request would be considered “with dispatch”.

The Prime Minister received a letter of acknowledgement the next day, July 10, along with another correspondence, in which the secre­tary-general alerted the foreign affairs ministers of the 14 Caricom member states and the ambassadors to member states, and the director-general of the Organisation of Eastern Caribbean States (OECS), to the T&T Government’s request and the conditions associated with it, including the need to arrive in T&T by July 24 in order to facilitate the 14-day State-supervised mandatory quarantine.

The correspondence advised only one national per member state was to be submitted and the individual should “preferably” be a senior electoral officer or very experienced in electoral monitoring. This latter document was signed by Assistant Secretary General Colin Granderson.

Exchanges between LaRocque and Foreign and Caricom Affairs Minister Dennis Moses on July 22 and on July 25 said there were only three members, and LaRocque was not sure how effectively they would be able to observe polling day.

“We need a minimum 10, preferably 15, given the number of polling stations and geographical location dispersion... .We need to have more persons on the ground,” LaRocque said.

According to the documents, Secretary-General of the Commonwealth Baroness Patricia Scotland, by letter dated July 14, responded to the Prime Minister’s July 9 letter notifying her of the T&T elections and inviting the Commonwealth to deploy a Commonwealth Observer Group.

She said while the Covid-19 pandemic “posed unprecedented logistical and practical challenges, we are committed to making every possible effort to enable us to respond positively to your request for an observation mission...

“Thus I have instructed my officials to work with your authorities to make every effort to overcome any logistical or other challenges, in order to facilitate the presence of a Commonwealth Observer Group for the 10 August national parliamentary elections,” Scotland said.

She added while the Commonwealth Secretariat would be able to meet the costs of the observer mission in the usual way, “its straitened financial position is such that we would not be able to provide funding to cover a 14-day period of quarantine.

“I have therefore instructed my officials to discuss this matter with yours, and it would be most helpful if the Government of Trinidad and Tobago were able to offer assistance.”

In a letter to Moses dated July 23, Scotland said the secretariat had potential observers on stand-by, and officials had made every effort to put in place potential arrangements, including logistical arrangements, hotel bookings, available flights, etc, to attend to this important invitation.

“Sadly, I understand that a focal point has not yet been communica­ted and this is essential for the deployment of our mission. Given the current circumstances, it does not seem possible to deploy them by Friday, July 24, as there are critical arrangements that should have been made with the focal point prior to deploying. I remain committed to deploying a Commonwealth Observer Group if the necessary arrangements and protocols can be agreed,” Scotland said.

The numbers of the PS, Reita Toussaint, and Chief of Protocol, Kiva Clarke, were provided, along with the Covid testing requirements, the availability of flights, measures to reduce the risk of Covid exposure, measures for facilitating election observation, namely freedom of movement and access to relevant elector processes and material, electors actors; and the designation of a focal point from the Ministry of Foreign and Caricom Affairs to assist with contacts.