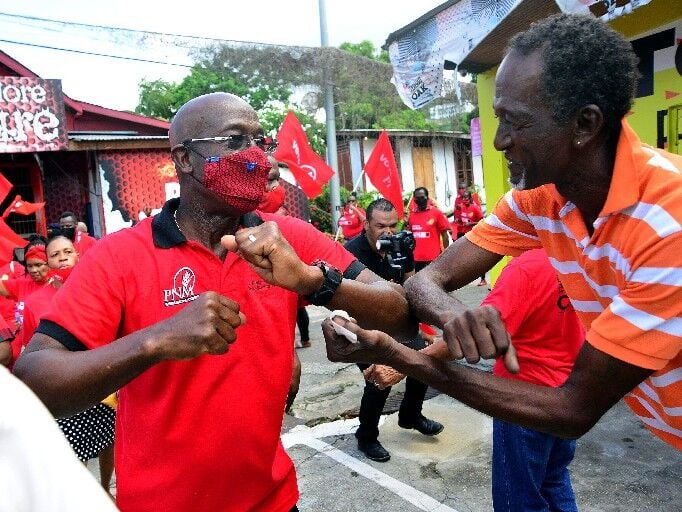 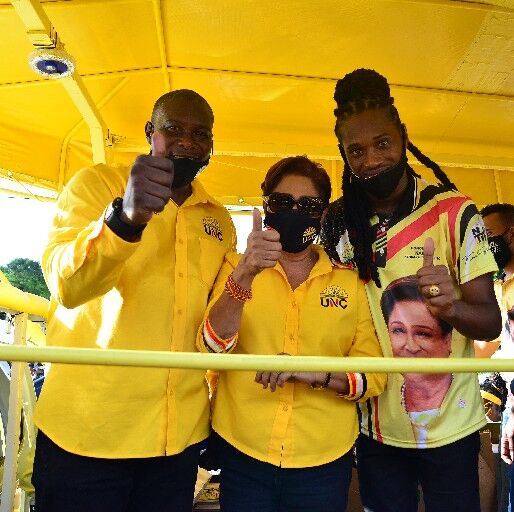 With just 16 per cent of voters undecided in the final week heading into the election (compared to 25 per cent five years ago), the final result may well hinge upon which party is better able to turn out their supporters.

This is according to data analytics firm Solution by Simulation Ltd (SBS), which conducted a pre-election poll commissioned by the Express between July 24 and 31. SBS, which is led by Nigel Henry, managing director and principal consultant, interviewed 473 likely voters in Trinidad and Tobago by interactive voice response (IVR) telephone survey.

The poll analysis is the PNM is leading the general election race at 43 per cent, with the UNC at 38 per cent—a five-per cent difference.

“At this point, PNM supporters appear to be more energised than UNC supporters with a three-point gap between the two parties with respect to the certainty that their supporters will turn out. Undecided voters are most unsure of whether they will vote, with one in four undecided likely voters expressing doubt that they will eventually vote,” the poll analysis states.

Following is the conclusion of the poll. Parts I and II were published Sunday and yesterday.

• are 60 per cent of mixed race and other smaller ethnic groups;

• are more likely than average to be female, unemployed and live in North and Central Trinidad;

• will make their decision based on representation and performance (each mid-30s);

• believe the country is on the wrong track: low 40s;

• are satisfied with the Government’s response to the Covid-19 pandemic: mid-80s;

• are the least likely to turn out to vote.

In this poll, support for the major political parties remains extremely polarised by race. Voters of mixed race, however, are split between the parties, 48 per cent siding with the People’s National Movement (PNM), 23 per cent with the United National Congress (UNC) and 26 per cent undecided.

Floating voters, citizens who do vote but claim no natural allegiance to any particular party, make up 26 per cent of the likely electorate according to this poll. Within this group, about 40 per cent are of mixed race, and a similar share of them are still deciding who to support on August 10. Of this critical group of voters, one in three intends to vote for the PNM, and one in four has settled on the UNC.

When considering who to support, one-third of undecided voters say they are most concerned with quality of representation in Parliament, another one in three will assess the parties’ ability to execute programmes and services once in office, and just one in six will make a decision based on issues of policy.

This is in contrast with the population at large, of which 40 per cent will decide based on performance, 28 per cent on policy issues, and 20 per cent on representation. While seven per cent of the overall electorate say they will vote to prevent another party from winning, this concern is essentially absent among currently undecided voters.

While one-third of undecided voters consider the Covid-19 pandemic the most important national issue, they are a few percentage points more likely to be concerned about the economy and infrastructure than the population at large, each polling in the teens.

Satisfaction with the Government’s handling of the coronavirus pandemic polls in the low-80s among undecided voters, and acceptance of the decision to close the international borders to nationals stands in the mid-50s. Perhaps of note, although closed-border policy is the majority view among undecided voters, it polls about ten points lower than the 66 per cent who support this policy in the electorate as a whole.

Undecided voters’ views on T&T’s relationship with Venezuela are generally in line with the national population, with opposition to an open trading relationship polling in the mid-40s. A notable one in four undecided voters has no opinion on this issue.

About 40 per cent of undecided voters believe the country is on the wrong track, with the other 60 per cent about evenly split between those who think the country is heading in the right direction and those that have no opinion one way or another.

About 60 per cent of undecided voters think neither the PNM nor the UNC has any particular advantage when it comes to their ability to minimise crime, manage the economy or provide government services. However, a majority of these same voters credit the PNM as better able to protect T&T from public health crises, and about half of undecided voters give the UNC the edge in terms of being able to build and maintain the country’s infrastructure.

With just 16 per cent of voters undecided in the final week heading into the election (compared to 25 per cent five years ago), the final result may well hinge upon which party is better able to turn out their supporters.

Like many pre-election polls, this poll uses a likely voter screen to ensure the polling sample matches the expected electorate. This poll’s likely voter screen consists of voters who say they are very likely to vote in addition to somewhat likely and unsure voters who believe the outcome of the election will have a direct impact on the lives of the nation’s citizens over the next five years. Within this definition of a likely voter, 90 per cent say they will definitely vote and ten per cent say they are still trying to decide.

Women are seven points more likely to say they will definitely vote than men, and voters under 65 years of age are about ten points more certain they will show up at the polls than those over 65.

At this point, PNM supporters appear to be more energised than UNC supporters, with a three-point gap between the two parties with respect to the certainty that their supporters will turn out. Undecided voters are most unsure of whether they will vote, with one in four undecided likely voters expressing doubt they will eventually vote.

With one week to go before the 2020 general election, this poll of likely voters anticipates a close race between the PNM and the UNC in Trinidad. At the time of the poll, the PNM has a modest lead, just above the margin of error. The critical groups of mixed-race voters and non-aligned voters appear to have made the margin; being most swayed by their positive reception of the administration’s handling of the coronavirus pandemic.

The pandemic is now the most important issue across virtually every segment of society, and a majority of the electorate believes the PNM is better equipped than the UNC to protect the country from public health crises. The fate of the election appears to rest not only upon the remaining undecided voters, but also on the relative turnout rates of each major party’s supporters.

With just one week to the August 10 general election, the People’s National Movement (PNM) is ahead in the race by five per cent, according to the latest pre-election poll ­conducted by Solution by Simulation (SBS), led by pollster Nigel Henry.

Cabinet has approved a contract to Bridgemans Services Group (BSG) for its Cabo Star cargo vessel to service the inter-island seabridge for two years at a reduced cost of US$16,000 a day.

Property tax appears increasingly to be a fait accompli for this October 5 national budget.

Asked about the implementation of property tax yesterday, Minister of Finance Colm Imbert said: “We had committed in our manifesto to continue with the Revenue Authority and the property tax system. That is there in black and white. We didn’t hide from anybody with that. We put it there—that we were doing the valuation of properties and preparing the valuation rolls in order to allow the implementation of that particular tax. And also we were continuing our work on the Revenue Authority.

The complaint against Commissioner of Police Gary Griffith by the chairman of the National Security Council, Prime Minister Dr Keith Rowley, has been submitted to the Police Service Commission (PolSC).

Attorney Odai Ramischand has apologised to Health Minister Terrence Deyalsingh for cursing him.

A failure as a father.

This is how Bryan Whittier, a Trini­dadian who has been stuck in Japan for the past eight months, says he feels every time he speaks to his children on the phone and cannot give them an answer as to when he will be home.

Whittier left Trinidad for Japan on January 26, where his plan was to purchase auto parts and equipment for the company he is employed with.