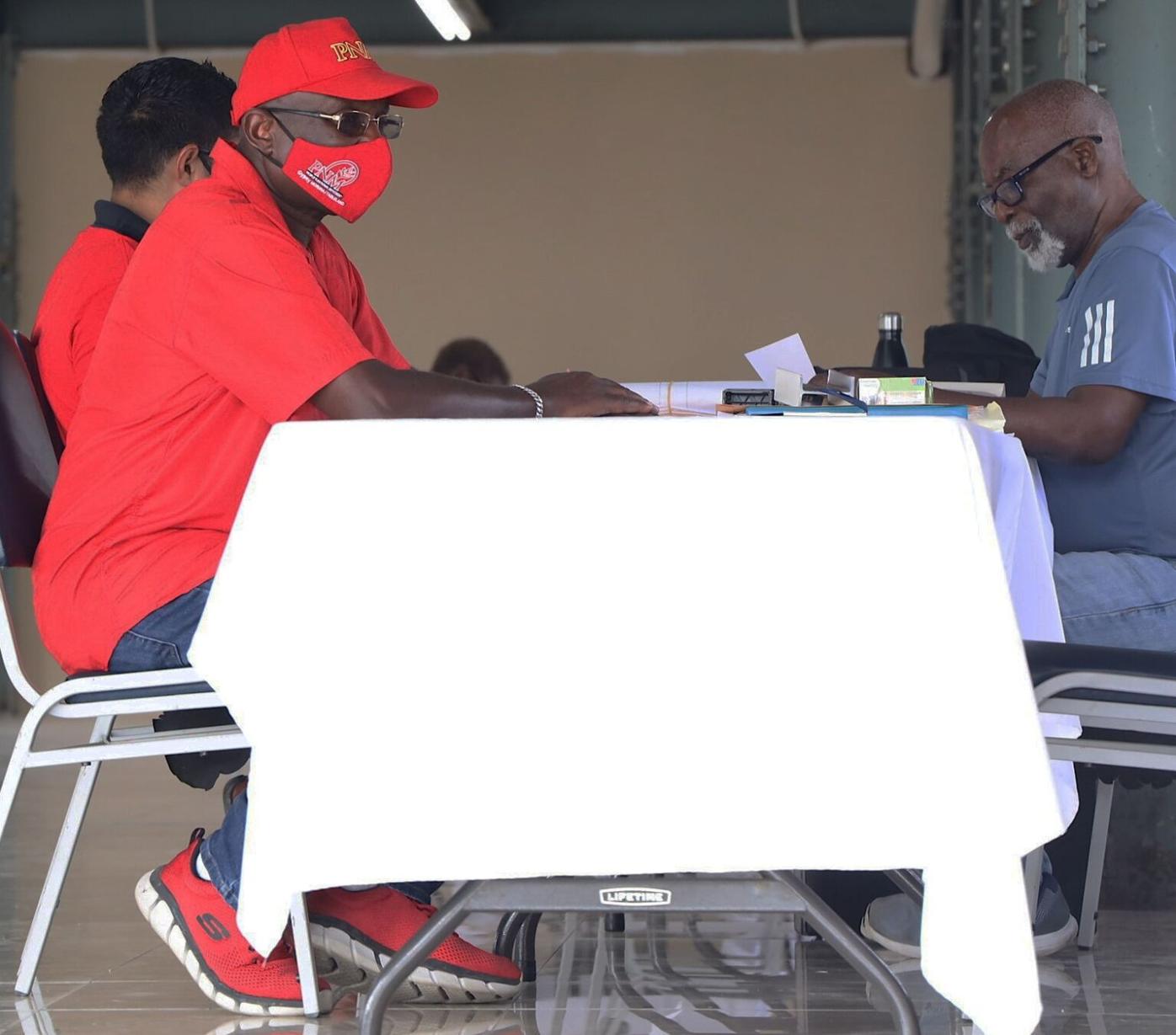 People's National Movement (PNM) candidate for the constituency of Moruga/Tableland Winston"Gypsy" Peters at the office of the returning officer in Matilda Road, Princes Town, yesterday. 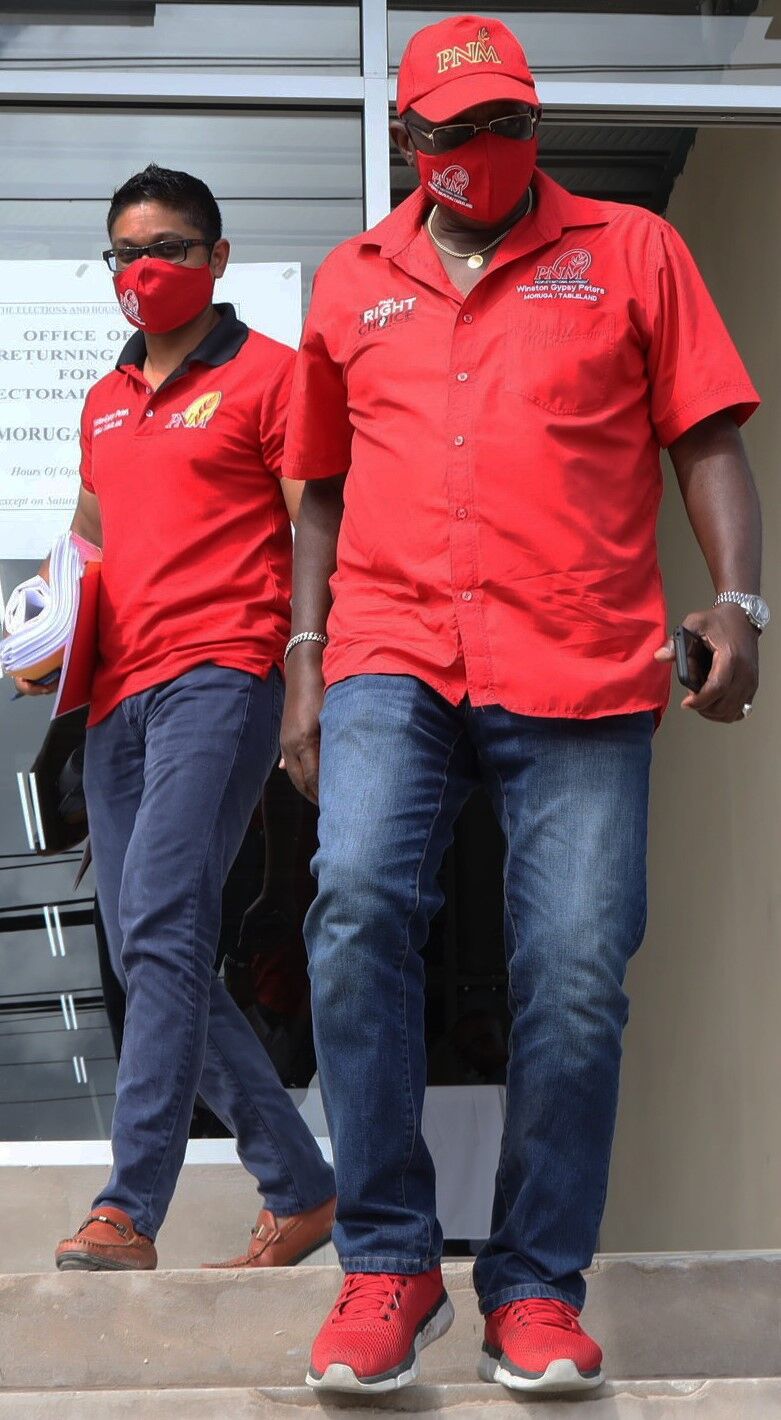 People's National Movement (PNM) candidate for the constituency of Moruga/Tableland Winston"Gypsy" Peters leaves the office of the returning officer in Matilda Road, Princes Town, yesterday after filing his nomination papers for the upcoming general elections on August 10. At left is Colin Partap.

A PROTECTION ORDER has been taken out against People’s National Movement (PNM) candidate for Moruga/Tableland Winston ‘Gypsy’ Peters.

The order, granted for a 21 day period, stated that should he fail to comply with the terms outlines, he would be liable to imprisonment or a fine.

The interim order taken out at the Rio Claro Magistrate’s court restrains Peters from committing or attempting to commit any act of domestic violence toward the 32-year-old applicant from July 2 (the date it was granted) to July 23 2020.

It also restrains him from verbally and/or physically abusing the Rio Claro woman. He is also prohibited from communicating with her directly or indirectly and is to keep 200 meters away from her at all times.

The National Carnival Commission chairman is also not to visit premises frequented by the applicant’s including her residence and workplace or. He is also restrained from, destroying, damaging, moving and in any way interfering with her property.

Peters was further ordered from engaging in any conduct that constituted an offence under the Domestic Violence Act.

Peters was not present when the order was granted.

The former minister under the People’s Partnership, has been summoned to appear before the Rio Claro on Thursday concerning the matter.

The Express contacted Peters this morning and while attempting to pose a question to him about the issue, he interjected that he had no comment to make.

“I thought it was garbage.”

These were the words of a 45-year-old man on Thursday night while speaking to investigators in Valencia at the scene of an accident which claimed the life of 49-year-old Elvis Marcano.

‘Global solidarity will save lives’

AS the world yesterday recorded a “heart-wrenching milestone” of two million Covid-19 deaths, Uni­ted Nations Secretary-General Anto­nio Guterres said the pandemic’s impact has been exaggerated by a lack of global co-ordination—as he warned against inequity in the global distribution of a vaccine.

Seepersad ruling a victory for all

Several scholarship winners are earning an income driving taxis while others qualified in the field of law are unemployed because the State has not placed them in jobs.

This, while the Solicitor General’s department is understaffed and in need of more attorneys.

This was one of the concerns raised yesterday during a meeting of the Joint Select Committee of Finance and Legal Affairs, enquiring into the ease of doing business in Trinidad and Tobago.