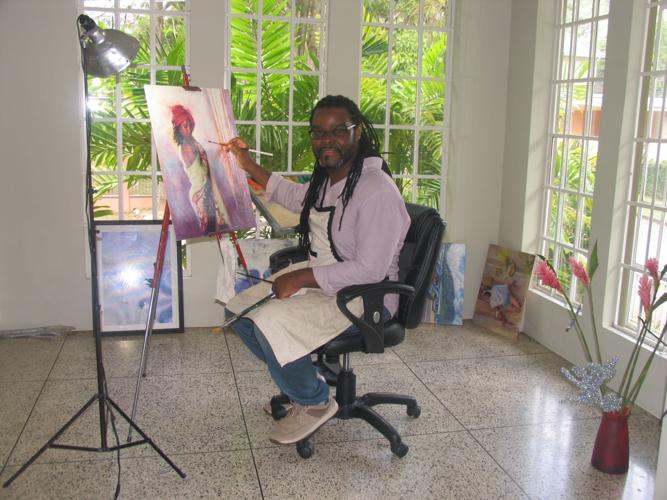 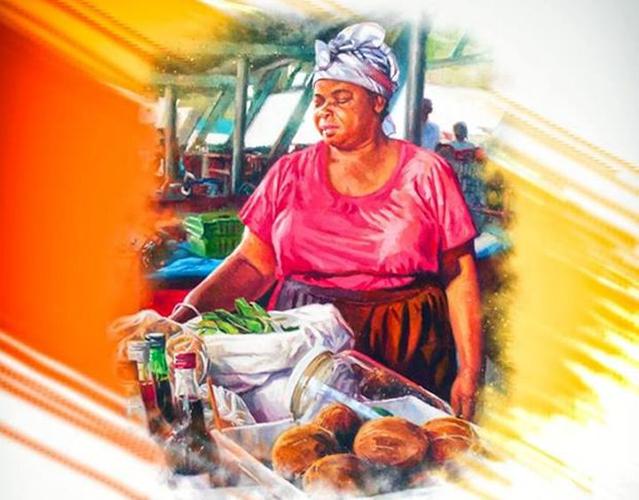 One of Colin Bootmans creations.

One of Colin Bootmans creations.

TRINIDAD-born, US based artist and illustrator Colin Bootman may need a bigger shelf for his growing collection of accolades and awards. Bootman recently received the prestigious National Association for the Advancement of Coloured People (NAACP) Image Award which represents excellence in several art forms in which an individual's work has contributed to the empowerment of people throughout the African diaspora. For his work as illustrator of the book Tiny Stitches: The Life of Medical Pioneer Vivien Thomas, Bootman was honoured at the 48th NAACP Image Awards for outstanding literary work in the childrens' literature category. “I was both honoured and excited to have received this prestigious award. As a son of the soil, born in Trinidad and living for some time in the United States; I fully understand its significance,”he says. Art can stimulate a child's learning and creativity. Knowing that he can connect and reach a child's heart with his art work and being aware of the important role which art plays in a child's development, Bootman takes his work as an illustrator seriously. Over the years, he has combined his own love for reading and art and built a career that he is passionate about. His children's books and textbooks have won awards including the Coretta Scott King Honour, the Comstock Award and The Teachers Choice Award among many others. When the Express met up with Bootman back in 2015, he had just signed a contract to illustrate the childrens' book based on the life and work of Vivien Thomas who developed procedures to help treat blue baby syndrome in the 1940's. Bootman explained that illustrating biographical books entails a lot of background research, studying pictures of the main character, looking at movies based on the life of the person and even finding models who bear a resemblance to the individual. When Bootman sat down with the publishers Lee & Low and was given the manuscript for the book, he initially did not know the details of Thomas' life. After looking at an HBO production on Thomas' life, he was disturbed that for the most part Thomas was portrayed as another person of colour who was overlooked, brushed aside and not given credit or acknowledgement for their efforts. Inspired   “Though, after reading Gwendolyn Hooks's (the author) wonderful manuscript I, of course, wanted to know more about Vivien Thomas. So, I purchased the HBO special, Something The Lord Made, and downloaded the PBS documentary, Partners of The Heart. I even took a trip to Johns Hopkins University Research Centre in Baltimore Maryland. I felt that I needed to gather as much information as I could about Mr Thomas,” he says. Tiny Stitches is just one of several biographical children's books which Bootman has illustrated. His illustrations have also appeared in books on Dr Martin Luther King Jnr, Frederick Douglass, Jackie Robinson and Abraham Lincoln. While doing his research, Bootman found himself inspired by Thomas' lifestory. “It turns out that he was quite a remarkable individual. Some of the challenges Vivien Thomas faced probably would have made many others give up. As a creative person I was moved and inspired by his resolute passion for artistry and genuine desire to help others. I am truly honoured to be a part of this very important book project that, in words and pictures, can be added to media which highlights the accomplishments of this exceptional individual,”he says. Within the next two years, Bootman will launch several projects that will tell Caribbean stories which children will be able to identify with. When it comes to children's literature, there are many areas for improvement locally, says Bootman. “Our bookstores are beginning to represent the adult literature written by people throughout the Caricom nations. I hope that we are able to produce a similar body of children's literature that represents the culture of Trinidad locally and abroad. There is much room for learning, growth and excellence in the quality of children's book illustration in Trinidad and Tobago. I am committed to ensuring that this happens at home,”says Bootman. “Our children deserve high quality literature that tells our stories and depicts them in a manner in which they can identify.”

Say the name Tempa to the local millenial or generation Z in your home and watch their eyebrows raise in surprise that you actually have a clue who she is.

Tempa’s music is among the most popular on dancehall nights at the clubs and zesser fetes and without apology, raunchy. “T-E-M-P-A in yuh centre” is her musical signature and signals her arrival to an arena or to a song.

The eyes and ears don’t lie - Ding Dong is one of the most loved, consistent hitmakers on both sides of the pandemic.

In four short years the DJ-turned-solo-soca-star has amassed an enviable fete-shaking catalogue that includes the 2019 breakthrough hit “We Outside” on the System32 Knock About Riddim, the 2020 hit “Hornin First” with Mical Teja on System32’s 24 Hour Riddim and the 2021 Taste of Carnival anthems “Leave it Alone” and “Bad Chargie”, the latter featuring Machel Montano.

After the dreary uncertainty of daily life, restriction to movement and limitations on practising his craft during the two long years of the Covid-19 pandemic, Jai says it’s a dream to be back in T&T for the “Mother of All Carnivals”.

Jimmy October is determined to apply his sonic salvation to “The Mother of all Carnivals”, Trinidad Carnival 2023 and to the wider world with his latest release “Healing”.

The Sangre Grande native is going places this year, literally!

His recent appearance on Kes’ “Magic” at the West Coast leg of the band’s 2022 Liki Tiki tour , has attracted the attention of music innovator, Byron Kirkland and the Stealth Music Group, who released this statement about October:

Five years into his Brass Mas concept, famed trumpeter Etienne Charles wants to celebrate the anniversary of the mas band in a responsible way.

Charles, who just wrapped up a tour in the US will be mapping out his carbon footprint by offering band members eco-friendly products when the band hits the road.

Adapting to changes in the entertainment circuit

Jelan Cumberbatch, CEO of JC Management, who has been managing the careers of artistes for over a decade, continues to expand and provide more services to boost his roster of clients.