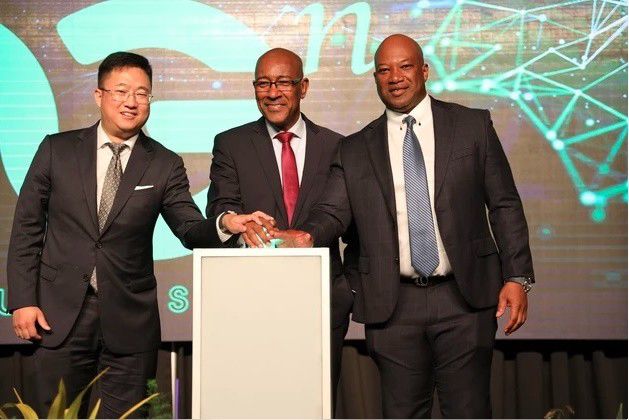 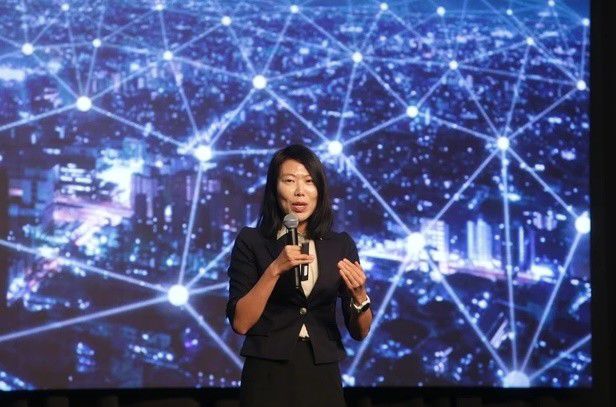 CHANGING THE WAY WE LIVE: Kim Ki-Yeon, a 5G expert, speaks on global trends in 5G at the launch. 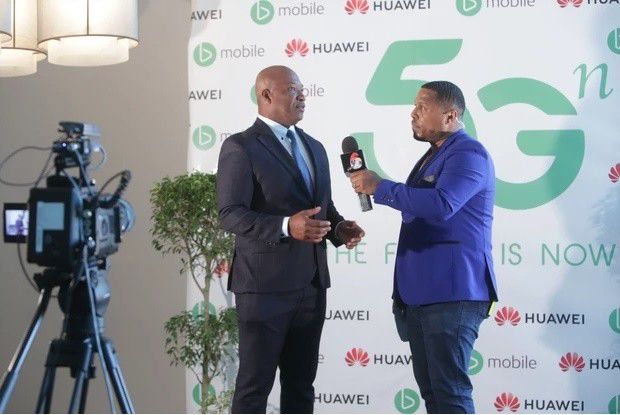 CHANGING THE WAY WE LIVE: Kim Ki-Yeon, a 5G expert, speaks on global trends in 5G at the launch.

bmobile, in partnership with technology giant Huawei, has brought Trinidad and Tobago one step closer to achieving developed nation status with the launch of the country’s first-ever 5G network. The historic moment, themed ‘The Future is Now’, took place at the Hyatt Regency on December 4.

5G has been commercially launched globally since April 2019. T&T has joined other countries like the United Kingdom, Spain, and territories in the Middle East and Asia, where leading operators have been working aggressively to make 5G deployment a reality.

At the launch, TSTT’s CEO, Dr Ronald Walcott, stated that the deployment of 5G was a significant achievement for both the company and the country as it represents a turning point in the way we live and work.

Adding that 5G catalyses the fourth Industrial Revolution by enabling a more connected, intelligent world, Dr Walcott noted, “As the national provider, bmobile is committed to ensuring that everyone—and every business—in Trinidad and Tobago has access to high-speed broadband. Our national broadband strategy is hinged on bringing this to fruition. With its exponentially high bandwidth, low latency and ability to connect up to one million devices per square kilometre, 5G offers multiple benefits to a wide cross-section of industries from manufacturing and healthcare to media, agriculture and education. As the only operator with a fixed wireless access network, bmobile is proud to offer this to Trinidad and Tobago.”

Walcott stated that, in addition to transforming all aspects of customer life, 5G is poised to help businesses supercharge their operations by reducing costs, increasing efficiency and flexibility and accelerating innovation. In the first phase, 5G will be accessible in areas of economic activity, industrial estates, city centres and on university and government campuses. The areas identified include Port of Spain, San Fernando, Point Lisas and Arima.

Public Utilities Minister Robert Le Hunte commended bmobile and Huawei for their partnership. He stated that the duo have delivered yet another ground-breaking introduction to Trinidad and Tobago, allowing TSTT to move swiftly ahead with its strategic plan to transform into an agile, 21st century broadband company.

Focusing on the benefits to the people of T&T and 5G’s ability to transform government, Le Hunte stated, “5G technology provides the fertile soil out of which we can grow ‘smart cities’, taking our ‘whole of government’ approach to an entirely new level. This technology is a driver of sustainable economic development, supporting many applications such as smart metering for water and electricity, smart buildings which conserve resources and the wider integration of all arms of government operations.”

He added that when used in tandem with the government’s broader vision, 5G will facilitate a new phase in the country’s development where the people and institutions in T&T are given the necessary support to achieve their true potential.

Kim Ki-Yeon, managing consultant and expert on 5G, presented Global Trends in 5G at the event and said that these commercial launches have been able to drive changes in the way people live, and have the potential to create new business opportunities in the vertical sectors that would drive an entire 5G ecosystem. She said that research has shown that several sectors and industries, including agriculture, health and hospitality are expected to experience growth in 5G Enabled Global Sales Activities by 2035. This, she said, can be done based on government and industries leveraging on 5G’s competitive advantages—mainly security, capacity, latency and reliability.

“In T&T,” Ki-Yeon said, “we believe 5G should be the very technology platform to accelerate a 5G-enabled economy now and encourage co-creation in the open ecosystem to utilise the full potential of 5G not only for consumers but also for industries.”

This was demonstrated later on at the event, where One Caribbean Media Group (OCM), via CCN TV6, partnered with bmobile and Huawei to show how the media industry can transform its operations, with the first live broadcast of the event over a 5G network. Viewers at the Hyatt and the wider public watching the TV6 broadcast were able to see a 15-minute live broadcast, showing the capabilities of the 5G equipment, which reduced set-up time to just minutes, and provided such low latency over the network that it eliminated delays in transmission.

SO. After your two laps around the Queen’s Park Savannah you reward yourself with a bag of pholourie and now you need to know whether your two…

Decades ago, when a profusion of coconut palms and almond spreads graced the beach area of N…

Since Facebook acquired WhatsApp in 2014, users have been concerned over their personal info…

The World Health Organisation chief appealed on Friday to makers of Covid-19 vaccines and the wealthier countries buying them to “stop making bilateral deals,” saying they hurt a UN-backed effort to widen access to the jabs.

To stargaze from a melody

D Piano Girl Johanna is best known for her soca piano instrumentals—which she continues to create. But fans of the classically trained pianist are revelling in her latest original composition, “Stargaze”, which is a mix of classical and contemporary with some trap music elements. The music video is unlike anything that has been done previously. It was filmed on location at the historic Chaguaramas Tracking Station.

Trapped by Covid, but happy & free

Rikki Jai is assuring fans he is safe in the arms of friends and family in New York City.

The San Fernando-born chutney soca star found himself inadvertently trapped on the United States east coast, following the closing of local borders in March last year. He told the Kitcharee he was at the time in the city working on music projects and visiting his mother.

Birth of a Parish

Way back in the 30s or thereabouts there was a little rural village called St John, nestled snugly in the foothills of the Northern Range, watched over caringly by monks of Mount St Benedict. There were few villagers occupying even fewer homes.