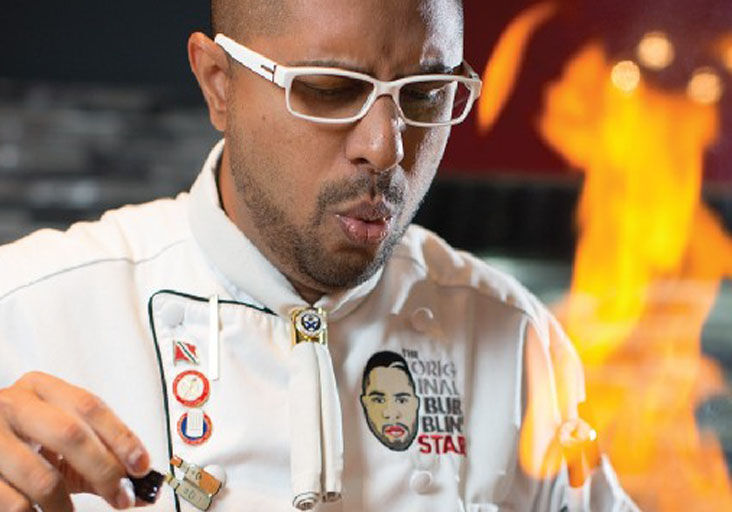 ‘new staple’: Chef Jason Peru on the cover of his new book, 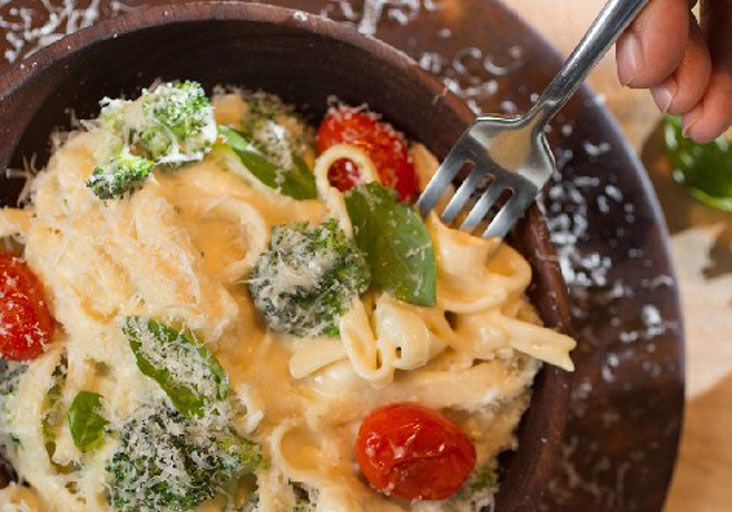 love for food: An image from

‘new staple’: Chef Jason Peru on the cover of his new book,

love for food: An image from

When it comes to flavours, chef Jason Peru’s got it down pat, pressed down, shaken together and running over—in his latest book that is.

In his book, titled The Impregnation of Flavour, the chef turned author has explored and revealed the concept of flavour, along with some of his best-kept secrets of his world-class cuisines.

He describes his book as “the new culinary Caribbean staple”, that is, a must-have for not only any foodie but any patriot who is proud to own something that is theirs. The world-renowned chef spoke with the Express recently and was very candid about his life as a chef and his journey to writing The Impregnation of Flavour.

He also talked about his upbringing, his love for food, how his book makes him vulnerable and how it forms part of his legacy as a chef and patriot of Trinidad and Tobago.

Cooking has always piqued his curiosity. “From a tender age, I always had a proclivity towards desserts and savoury food items. I was a chubby boy and pushing 150 pounds by age 14, and it occurred to me that eating unhealthily was the main determinant to my current physical position

“I was always curious about food, but really never fully understood what eating healthy meant to the body and mind. It was my gym instructor who taught me to channel my love for food into a positive incarnation by further studying cooking as a vehicle for nourishing people, making them smile and being responsible for ensuring that they eat healthy and live a clean lifestyle. I shed the extra weight, which grew my self-confidence and dream to pursue this mission that I was charged with,” Peru said.

Peru said his new cookbook would not only be a “paradigm shift in the standard and quality of published work from the Caribbean” but the content of the book’s production would “impeccably represent internationally crafted recipes that utilise and showcase local ingredients from the islands in their finest glory, coupled with unique and ground-breaking flavour formulas that would revolutionise the way people cook”.

Peru has paid homage to T&T with a “Trini” section that showca­ses and breaks down some of our most quintessential and ubiquitous dishes which are all enjoyed, and even throughout the Caribbean.

Peru has also included never-­before-seen pictures during his childhood while cooking at home with his family, as well as his schooling and culinary university days, and even behind-the-scenes footage of his TV shows. He has also matched his recipes with food photography, securing the talent of ace food photographer and lighting master Russel Dos Ramos.

“One of the greatest advanta­ges of my book is the explicit methodo­logy of each recipe, which I guarantee will empower and guide readers to success each time they try any of my perfectly crafted creations.

“Anyone who watches my TV and online shows will attest to the level of instruction and detail that I afford my viewers when I am cooking, teaching and explaining a concept to someone. This I am very proud of and it sets my work apart from any other older cookbook.

To stand out from other cookbooks, Peru chose to think outside the box. “I aptly named my book this title as the redundant and jejune appropriation of using words like “infused” and “cookbook” had become so outdated and so 1980s. My mentor, Jamie Oliver, named his first cookbook The Naked Chef, which he showcased ingredients in its raw form to boost its flavour, and I found this to be such a fitting name and it was successful worldwide. I regard food as being both sensual and a part of our life force, and I believe flavour is such a powerful thing that excites all, he explained.

“My intention was to reclassify flavour and make it momentous and more intense. How does one make flavour even more flavourful? You impregnate it with more flavour and allow it to be its own life force. It’s a powerful concept to grasp, and the name does command a significant statement as it stands out amidst any other culinary publication,” Peru said.

It all boils down to flavour

Everything comes down to science, the chef said, and, of course, flavour. “Cooking most definitely revolves around the science of how ingredients react to heat, cold, acid, salt and other additions. This is something that one must study and execute practically through physically cooking over and over. Some chefs would just look at a steak and immediately know what degree of doneness it is—this comes from experience and understanding that coagulation of proteins occurs at certain rates and affects amino acids positively to boost flavour. It all “boils” back down to flavour.

“It is the onus of the chef to experiment with flavours and elevate them to the point where he can create new sensations on the palate. This is what drives any culinarian to evolve any dish to create something fresh and vibrant to customers. It requires creativity, imagination and ingenuity.

“I do enjoy flavours of the Asian or Orient like authentic Indian curries, Thai’s sweet, sour, spicy and savoury combinations and also Japanese cuisine. I always give credit to how food textures also help boost the ability of us to satiate the foods we eat and the translation of the flavours that marry well with it.

“Food is beautiful, almost romantic in a way, and the same can be said with our local practice of taking sugar and browning it with a caramelised motivation and balancing it out with the savouriness of beef, chicken or even pork. It’s truly an amazing alchemy.

“I strongly hold the opinion that Trini cuisine has earned the right to be termed one of the most flavourful and dynamic classifications in the world. The food culture in Trinidad is truly spacious and has had momentous room for influence from all over the world. This is as a result of the many ethnicities that came here during slavery and colonisation such as Indian, Africa, Portuguese, French, Chinese, Spanish, Amerindian and even Syrian strains in our culinary DNA. As a result of this, we own and showcase a melting pot of dishes that make up our diverse and rich cuisine.

“Dishes such as callaloo, stewed chicken, curried goat, doubles, and pelau are all enjoyed not only in Trinidad but throughout the Caribbean, and appreciated. We share in this eclectic cuisine but have very minor variations in dish names and ingredients as relates to different islands, but mostly the concept of the dish and its heritage stays constant.

“I strongly believe that each country has something spectacu­lar to offer when it comes to a culinary experience, and just like the Caribbean, we are proud of what we have and the different historical steps that shaped and brought our ingredients, spices and cooking methods here. This is what makes my book so eclectic because I have been able to pull from all my worldwide travels and adapt international dishes into local appropriation as per our Caribbean ingredients,” Peru said.

The worldwide audience has been very receptive over the publication, with over 60 percent of sales coming from USA, Canada, Thailand, Belgium, Australia, UK, Caribbean Islands and France. “This book does make me vulne­r­able to everyone now as they would own part of my childhood, my relationship, my schooling, my lows, highs and even family secrets. But I am proud of it as it helps form part of my legacy as a chef and patriot of my country.”