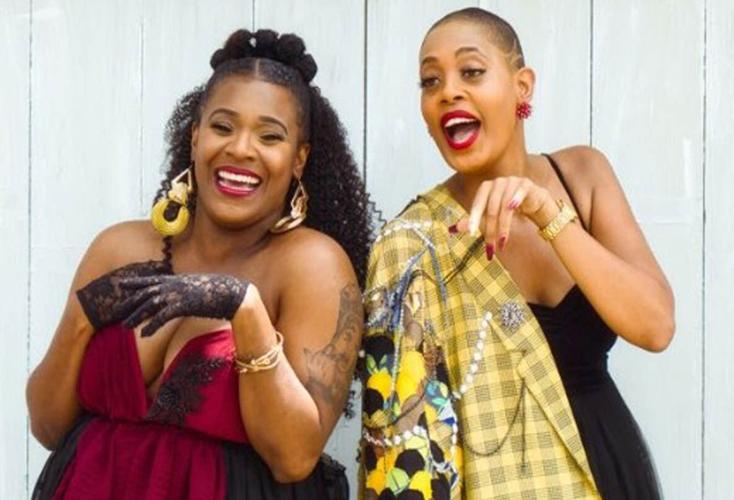 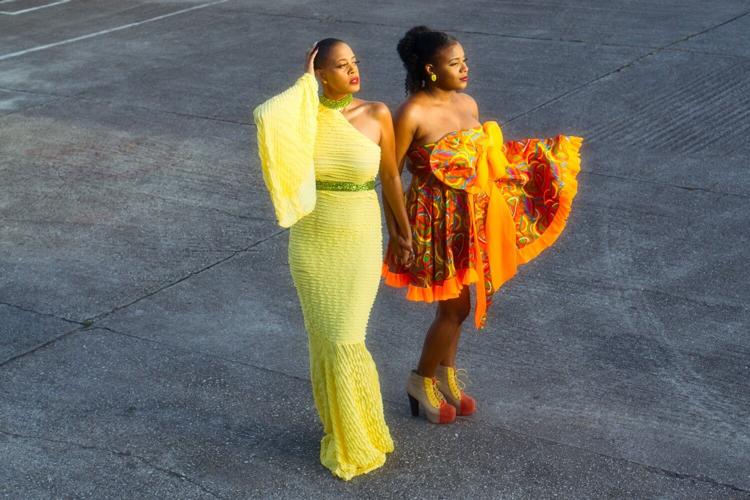 That declaration would not just be seen as a compliment, it would also be right on brand for online talk show hosts Gerelle Forbes and Tyker Phillip.

The duo have brought a whole new connotation to the Creole word usually used to described “a highly provocative woman”.

Forbes and Phillip’s live talk show, 2 Jammettes, is a bold, humorous and upbeat examination of critical societal issues in all their complexities. Their unapologetic approach and candidness have endeared them to hundreds of viewers logging in on Sundays to the show’s 4 p.m. livestream on YouTube, OURRadio.fm and the Digicel Go Loud app.

The weekly show, which premiered in September 2021, forms part of the duo’s overarching Jammette brand that they co-developed as directors of their own media company, Sthenic22 Ltd.

Forbes, who met Phillip while they both attended St Francois Girls’ College, said she conceptualised the talk show with a very specific objective and audience in mind.

“Tyker and I both have several years of experience in filmmaking and producing, and we noticed that quite frequently, our work centred on documenting much of our cultural heritage from various angles,” Forbes explained.

“It occurred to us that we had so much to share with and through our grassroots communities, by way of relearning, retelling and reteaching Trinidad and Tobago’s history, culture and customs, and ultimately creating opportunities for people to really see themselves in a new light. And that’s where we discovered our mission.”

While its provocative name piques interest, it is the show’s open conversation that encourages feedback from viewers and has helped make it a success, Phillip said.

“When people hear the title 2 Jammettes, their initial response is to screw up their faces because of the historically negative connotations of the word. However, when they watch the show or engage with us live, they soon get a clear sense of our targeted mission—one of knowledge and empowerment of our core audience,” said Phillip.

Both women have become staunch advocates for the conscious reshaping of how people perceive the “jammette”. Under their Jammette banner, broader plans are in train regarding collaborations with small and micro-businesses, as well as fashion, mas and cosplay designers, to facilitate a deeper alignment with local culture and heritage, they revealed.

Incidentally, the duo’s film, Pan on the Move, is up for screening at this year’s trinidad+tobago film festival. Forbes was approached by executive producer Mark Loquan to produce the film. She and Phillip then conducted extensive research and interviews to create an acclaimed piece documenting how pannist and arranger Ray Holman revolutionised Panorama.

“The history of the jammette in the barrack yard goes far beyond what has typically been repeated as fact. While she was no slave to observing propriety and respectability, the jammette was also very much the bold yet caring mother figure in the community, who gave voice to the voiceless and never backed away from challenging colonialist mindsets and behaviours,” Forbes revealed.

“Those are the attributes that are mirrored in the products we developed under the Jammette brand, and in us, too, as show hosts, because we believe it’s the most effective way of connecting with our grassroots audiences,” Forbes added.

Both women credit CEO of OURRadio.fm Richard Rajkumar, aka Chromatics, for endorsing their endeavours, even as they navigate a still relatively new space in online media. Phillip and Forbes address a suite of fresh themes and topics in Season Two of the show, which features an intriguing guest list that includes local reggae star Queen Omega (Jeneile Osborne) and four-time National Calypso Monarch Cro Cro (Weston Rawlins), among others.

“We guarantee that 2 Jammettes is for you—as long as you don’t mind instances of discomfort as we openly discuss matters that affect us as a society. If it’s not for you, then you can always go visit your favourite ice cream parlour,” Phillip comically concluded.

‘The Haze’ is coming!

Amazon returns to the mas with ‘Wild One’

A taste of Texas