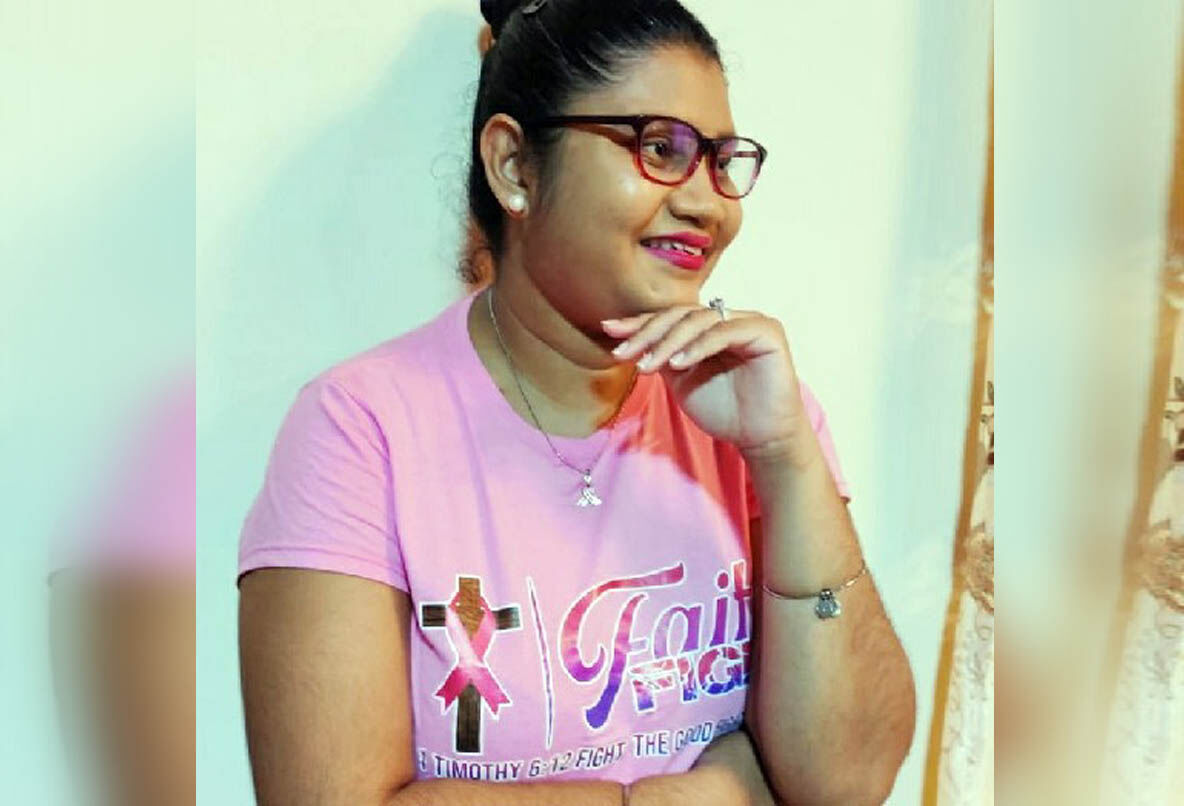 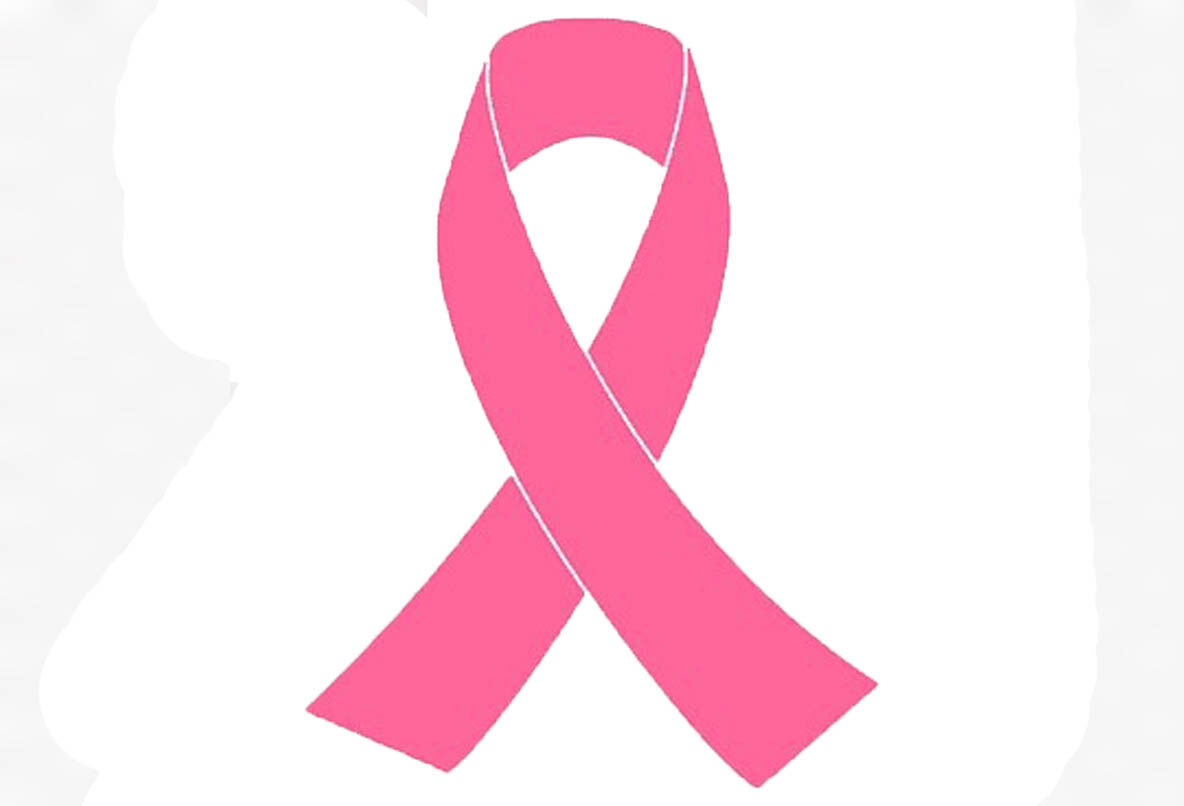 “I remembered telling God that this cancer is not going to separate my love for Him and I told the devil in the same breath that this cancer is not going to make me hate God. I believe that this declaration I made on that dreadful day, is what have me alive today…” Candice Pierre-Sooklal, cancer survivor.
Every October the world expects another cancer story; October is reserved as Breast Cancer Awareness Month.
But cancer is an everyday issue. It’s a current topic as each story speaks a thousand words of challenge cum courage, fear cum faith… With each cancer survivor story comes a glimmer of hope which is the silver lining dissipating the daunting cloud. Despite the devastating news of a breast cancer diagnosis on November 27, 2014, Candice “Candi” Pierre-Sooklal’s story is one of hope.
“At the young age of 30 years, the news that I had breast cancer came unexpectedly; I couldn’t believe I could have cancer at that age. When I felt a lump on my left breast about three to four months before I was diagnosed, I didn’t think much of it and ignored it,” Pierre-Sooklal remembers.
At the age of 17, she had a small fatty lump removed from her right breast and it tested negative for cancer so she believed the second lump as just another fatty tissue in her left breast.
“But then the area where the lump was located started to hurt and that was when I decided to have it removed.
And so I had a minor lumpectomy done privately and the mass was sent for testing. Two weeks later I got the devastating news that this time the results were positive for cancer and I would later learn that the cancer was triple positive meaning it was hormone receptive,” the mother of two states.
To some, a cancer diagnosis seems like a death sentence. “I was shocked, my husband and I cried in the car,” Pierre-Sooklal recounts.
But there are others who are determined to fight the dreaded disease with all their might.
Others like Candi, “My mind went into survival mode that very same day I was diagnosed. I spoke to God. This cancer was not going to wedge a distance between me and my creator. There was no reason to hate God; the devil will not have his way.”
A prayer was her lifeline; her only means of survival.
“Three months after being diagnosed—March 2015—I became pregnant with my second child. I was advised by the doctors to terminate the pregnancy... They told me that my life was more important. I refused to abort my baby,” the courageous woman contends.
The consequences of her decision meant that her treatment would have to be pushed back until the birth of her child. It would lead to an early delivery (four weeks before her due date) as the tumour began rapid growth due to hormonal changes during pregnancy.
Having and holding faith

On October 25, 2015, on Pierre-Sooklal’s 31st birthday, she and her husband welcomed their baby girl to the world—Faith Destiny Pierre-Sooklal.
“I was so happy and elated that Faith was healthy but now I really needed to start to fight for my health. I couldn’t breastfeed my baby and I couldn’t hold her for three to four days when I was doing chemo and that was difficult to deal with…”
But that was the tip of the iceberg, as the Sangre Grande resident’s real fight for survival started one week after delivering Faith.
She had to withstand 12 chemotherapy sessions at the Sangre Grande Hospital. And then all was well until in June 2016 when she began to feel a mass in her left breast. The tumour had returned and this time it engulfed the entire breast which led to the total removal of the left breast.
“The mastectomy was done and the doctors did reconstructive surgery immediately which was a huge success.
After that surgery, I had more chemotherapy done, which made me very sick but I kept fighting. I was weak and frail but I just kept calling upon Jesus for His strength to take over my weak body; I couldn’t give up,” the spiritual woman avows.
Faith over fear… More bad news but her faith grew stronger… Between 2017 into 2018, the cancer returned under Pierre-Sooklal’s left arm and unfortunately she had to do more chemotherapy, another surgery and radiation. “It was really overwhelming, I was tired physically and mentally but my faith in God kept me going and the assistance I got from my husband, Godwin Sooklal, my children, my family, my friends and my church, was so great.”
Today, the woman who is fondly known as Candi the breast cancer advocate and mentor has been clean of cancer cells since 2019 and is going through a course of maintenance medication. As we speak, I am checking out her pretty pink T-shirts and masks, all merchandise of an NGO, Faith Fight Foundation which she and her husband created to help families and cancer patients in need.
In closing, she stresses on the importance of doing your own breast self examinations to check for any abnormalities and how critical it is to get screened as she declares: “It’s okay to be scared because I was, a lot of times, but do not let fear stop you from seeing a doctor and getting screened because early detection can save your life! Cancer is not a death sentence, it is not relevant just in October but year-round and finally and most significantly, faith in God is the biggest part of your healing!”
For more details on Sooklal-Pierre’s journey log onto Facebook @ “Faith Fight-Candice Pierre-Sooklal” and on Instagram @faith_fight_foundation.

At three months old Rajesh “DJ Raj” Mohammed needed to be placed in an incubator for observation. The oxygen levels in the incubator were turned up too high, severely damaging his retina. This carelessness and negligence of the hospital staff resulted in Mohammed permanently losing his eyesight as a baby.

The gift of gratitude. That’s what actress Penelope Spencer hopes to give children this Christmas with her upcoming book Toy Troubles.

Spencer has crafted a tale of haves and have-nots she hopes will awaken a greater appreciation in young readers to the privileges they enjoy in their own lives. The book, meant for three- to ten-year-olds, is inspired by both children lucky enough to get gifts at this time of year and those who make the best of their unfortunate circumstances.

Lady Elizabeth - Part 2 Too young for what? Excellence?

The passion to be of service to others cultivated during her childhood and youth prepared Elizabeth “Lady” Montano for the life she would have throughout the greater portion of her adult life.

Lady, alongside her husband, Winston “Monty” Montano, was instrumental in their son, Machel’s music career and for older son Marcus in becoming a successful airline pilot.

Yung Bredda come to ‘Shake’ it up

At just 22 years old, Yung Bredda is one of the most exciting new acts on the local music circuit.

Born Akhenaton Lewis, the multi-genre self-proclaimed “Mr Versatile” has had a major influence on the trending cross-genre sound in T&T and has built an impressive online following. His hybrid dancehall singles “Trampoline” and “Fed Up” racked up millions of views during the past two years.

IN the world of work, the human resources area is at the heart of meeting the needs of employees.

On November 24, the Tobago House of Assembly (THA) launched its Training and Development Centre.

“We’re providing training for the employees so that they’re better able to deliver service not only to the internal stakeholders, but to the external stakeholders as well,” said Chief Administrator Bernadette Solomon-Koroma.

That empowering declaration was first made in song by husband-and-wife duo Carl and Carol Jacobs in 1987.

Back then, the pair were championing the resilience of the people of T&T in the face of a crippling economic recession and other socio-economic challenges of the day.