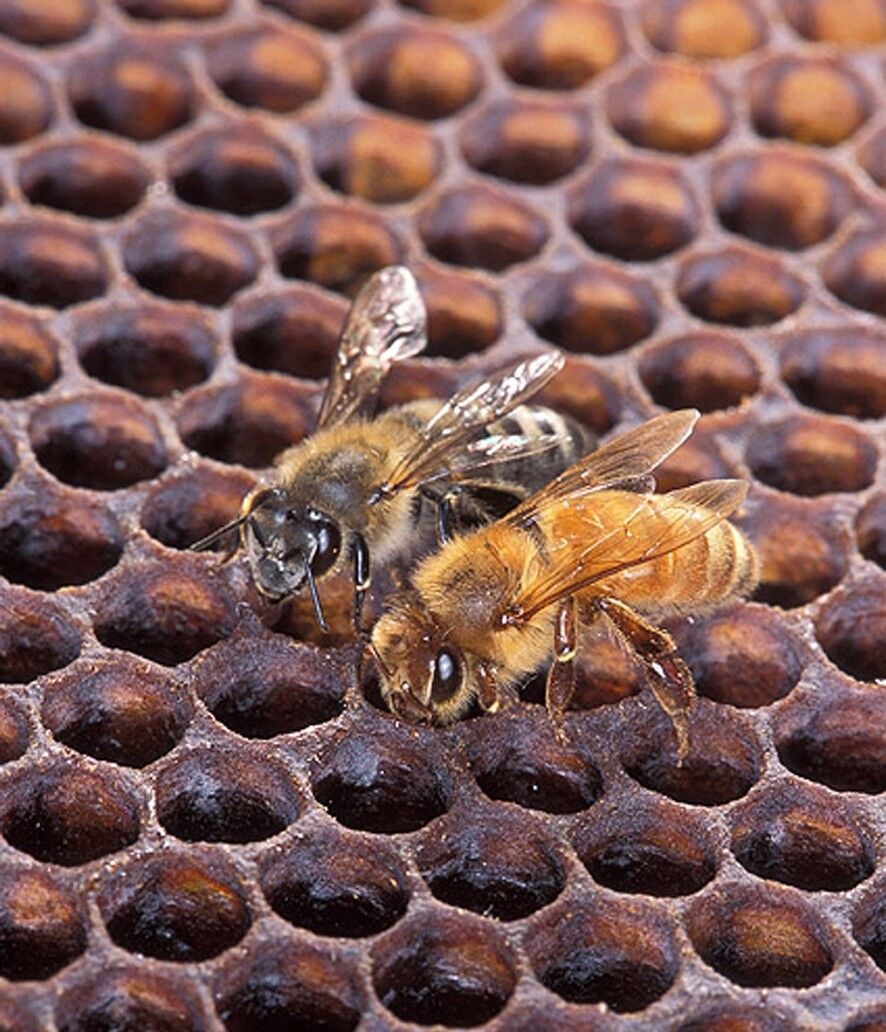 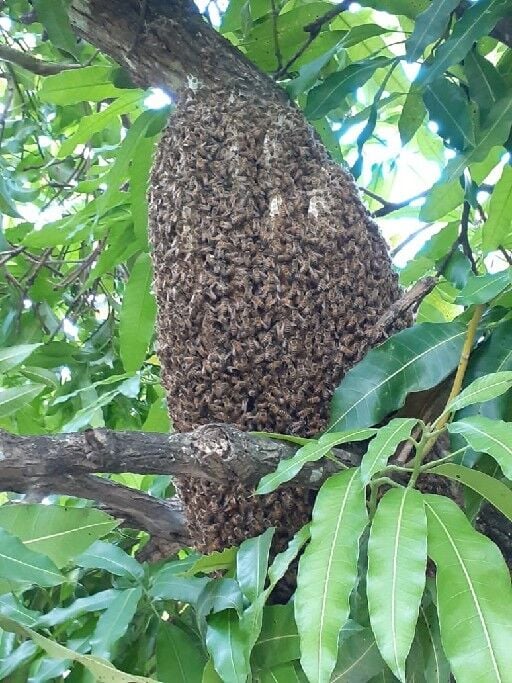 AT HOME: An established bee colony.

AT HOME: An established bee colony.

SINCE beekeeper Aditya Ramlochan began bee removals in 2001, he estimates he has removed about 1,000 bee colonies. In 2018, he removed around 100 colonies; last year, he removed 120.

Ramlochan, who is known by his peers as the bee whisperer because of his near-perfect bee-­handling skills, anticipates that by the end of this year, he would have removed more than 100 bee colonies.

There are many people who, like Ramlo­chan, are called upon to deal with Africanised honey bees, otherwise known as “killer bees” because of their aggressive nature.

The removal of bee colonies from locations other than managed apiaries has always been integral to beekeeping, even more so after the arrival of the formidable Africanised honey bees, said Gladstone Solomon of the TTBA.

The arrival of swarms of Africanised honey bees in Trinidad in 1979 changed beekeeping forever. The first established colony was found in July of that same year in South-West Trinidad. Solomon said the succession of swarms that arrived from South America was the biggest game-changer in the island’s beekeeping history.

The bees posed a challenge to public safety, especially in urban areas, given their high propensity to swarm and abscond and to be defensive, compared to their European counterpart, said Solomon.

He explained that their arrival precipita­ted a decline in Trinidad’s beekeeping sector, and more than half of practising beekeepers had given up beekeeping by 1984 because of the bees’ high swarm frequency and defensive nature.

A new generation of beekeepers who had no other choice than to work with the African­ised bees signalled a new era of beekeeping in Trinidad. Today, there are now 2,000 more beekeepers in Trinidad than there were in 1978, said inspector of apiaries Hayden Sinanan.

As beekeepers gained confidence in dealing with Africanised honey bees, their involvement in bee removals and the commercialisation of the activity accelerated, said Solomon.

“In fact, bee removal has emerged as a specialised economic activity within the sector, with several beekeepers investing in related equipment such as bee vacs, scaffolding, ladders and the like. This development has been facilitated in part by constraints in the delivery of bee removal servi­ces by the ministry’s Bee Abatement Unit,” said Solomon.

However, there are increa­sing reports of misconceptions in clients’ expectations regarding bee rem­oval services, said Solomon. Some clients are of the view that they are entitled to the honey removed as part of the process. Other clients do not believe that they should have to pay for bee removal services.

To improve service delive­ry and customer education, a team from the TTBA has already drafted proposals to enhance the association’s bee removal portfolio. This includes disseminating information on social media, TV and newspapers, establishing alliances to treat with bee removals and implementing a bee removal fee structure.

To have a swarm or established bee colony removed from your property, call or send the TTBA a WhatsApp message at 470-5436 or 328-7484, or visit their Facebook page @Trinidad and Tobago ­Bee­keepers’ Association.