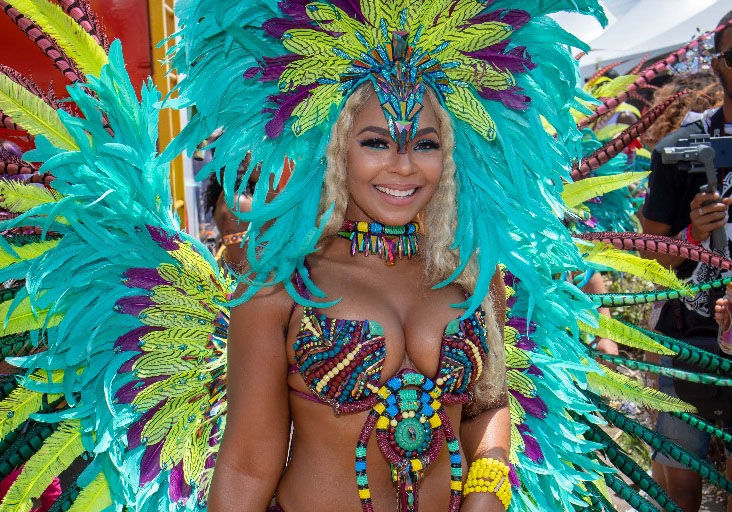 ASHANTI IN COSTUME: A look back at some TRIBE costumes. –Photos: Anthony Maguee 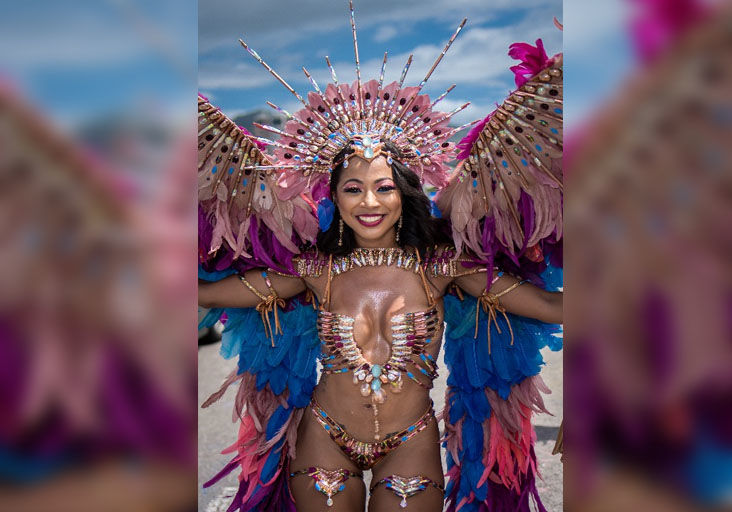 ASHANTI IN COSTUME: A look back at some TRIBE costumes. –Photos: Anthony Maguee

Carnicon, a Global Carnival Convention planned to take place in T&T in 2020, will bring together for the first time key carnival stakeholders from across the world, says co-founder Jamie Stewart.

“Carnicon fills (a gap) in the global carnival community and industry. There is nowhere that global industry comes together to exchange learnings, ideas and look at new directions to find out what everyone else is doing and see how they can improve their own product,” Stewart told the Express via video message yesterday.

The four will officially launch Carnicon and disclose the dates for the two-day event at the National Academy for the Performing Arts (NAPA), Port of Spain tonight.

Stewart said Carnicon will also enable this country to lay official claim as the birthplace of the soca fuelled version of Carnival that has now spread beyond the Caribbean region to North America, Europe and Asia.

“It’s a very ambitious project to create a platform to unite the industry. It will enable Trinidad (and Tobago) to lay claim to being the taught leaders, originators and birthplace of Carnival. I think for a small country of a million odd people it could be a very powerful positioning tool in terms of self-diplomacy, how the country is branded and presented to the world, and to say Trinidad is the home of Carnival,” Stewart said.

Stewart said the idea for Carnicon was born out of a conversation with Lewis. Both men agreed the success of the convention would hinge on a strong contemporary core of industry leaders and so approached the Tribe Carnival and Caesar’s Army CEOs.

“Dean is a friend of both of ours so it was logical to bring him in as a partner given his enormous success in the commercial side of Carnival. And when Jules found out about this legacy project he was very keen to get involved. He could see what the event could be and how important it could be for Trinidad and Tobago,” Stewart revealed.

Bringing together stakeholders from across the world will also create and unlock new business opportunities for Carnival stakeholders here in T&T he said.

“The industry itself is incredibly significant both in terms of the number of people it inspires and excites every year and also the economic impact of the industry, which without having firm numbers must stretch into billions of dollars,” he said.

Carnicon will encompass four elements including a conference on knowledge and network, legacy, a live event and a trade expo over two days next year.

He is the former chief media & commerce officer at Mondelêz International (Kraft Foods), PepsiCo, Weber Shandwick, and Ruder Finn Interactive and is touted as one of the most sought-after presenters in the world regarding digital innovation and mobile culture.

Bough will speak on the topic “Carnival meets the Digital Age—How digital innovation can transform value streams and generate revenue for governments, Carnival stakeholders and brands”.

There will also be a panel discussion with global industry players on the topic “Can Culture be Commercial” and the night will end with cocktails, networking and a celebration of Carnival.

Tickets for tonight’s launch are available online at TT$500 or US$75.