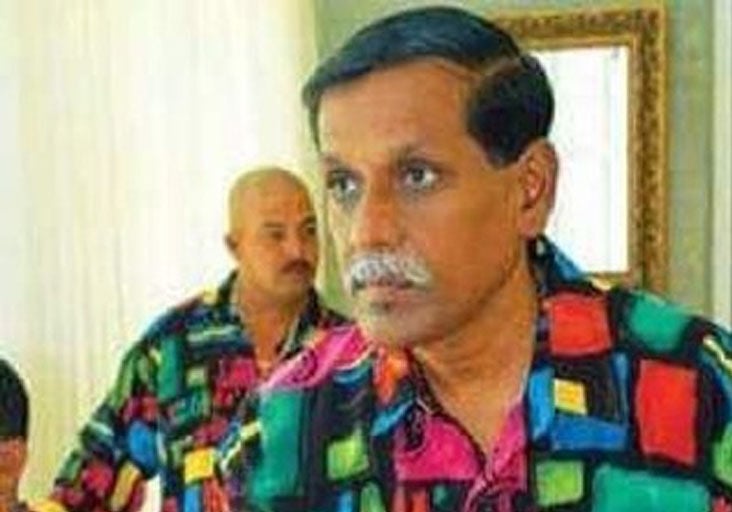 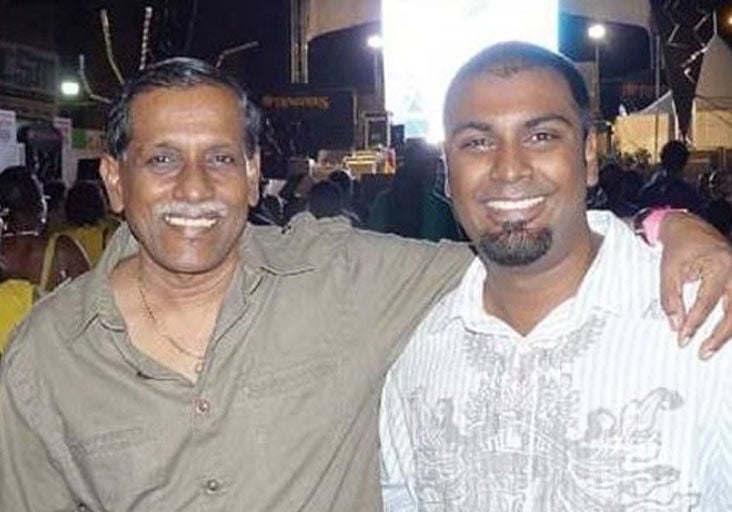 Jit and his son Amrit Samaroo.

Jit and his son Amrit Samaroo.

Still, he is first to admit that his achievements are yet to stack up against his father’s lofty standards. The elder Samaroo led his beloved Renegades Steel Orchestra to nine National Panorama titles including a famous hattrick of wins from 1995 to 1997.

For those achievements and for a life dedicated to the national instrument Jit Samaroo was also awarded the Hummingbird Medal Silver in 1987, as well as the Chaconia Medal Silver in 1995. In 2003, he was bestowed with an Honorary Doctorate by The University of the West Indies.

Sadly, Jit Samaroo passed away at his D’Abadie home on January 7, 2016 at the relatively young age of 65. His many life lessons and unique hands-on approach to pan arrangement, however, live on in his son.

“With him not being around now, all memories of my father are cherished,” Armit Samaroo began saying when asked to single out his most prized memories of his father.

“I most remember literally walking in his footsteps when I was a little boy. I would follow him whenever he took me to the panyard where he worked. I would be so engrossed in the sounds being produced from the individual pans and how it came together with others. I would want to see and hear everything he did to make it happen. I remember him tripping over me sometimes because I was so small,” Samaroo continued with an audible smile during a WhatsApp exchange on Friday.

The talented arranger admits that he may never match or surpass his father’s title winning run. However, he remains sure he carries on the family’s musical legacy every time he walks into Supernovas panyard in Lopinot.

“I think that sums it up beautifully. I honour his legacy by walking my own path. Supernovas was started as a way of doing just that. It was his dream to start a small band in his community as a way of giving back to the place that gave him so much. Unfortunately, he could not do it due to his ill health so along with my cousin Anthony and other members of community, we followed through with the dream,” Samaroo said.

It would have broken his heart

The increase in instances of violence against women currently witnessed in Trinidad and Tobago would have broken Jit’s heart, Armit said. Jit was fierecely protective of the women in both his personal and musical family, he added.

“Like so much of us in Trinidad and Tobago, he would have been heartbroken. He was always protective of his sisters growing up, especially in his travels and experiences with them in Samaroo Jets,” he said.

Women have and continue to make massive contributions towards the advancement of pan in T&T Armit continued. The current President of Pan Trinbago is a woman he pointed out. He said at Supernovas they try to foster a safe and respectful environment for all female players.

“Women have made enormous contributions to the steelband movement. And this is even more so in recent times not only as excellent musicians, but with successful female leaders and administrators running legendary steelband organisations as with Mrs Beverly Ramsey-Moore as the President of Pan Trinbago.

“Supernovas, like so many other bands today, is filled with many female members. We try our best to create a safe and comfortable environment for them to excel in Supernovas. We are proud to see many of our very own female members now as music teachers, arrangers, administrators and even pan tuners,” he said.

Pan in the pandemic

The ongoing global Covid-19 pandemic has had a negative effect on the entire pan fraternity with the cancelling of Carnival, Panorama and other pan events, Samaroo noted. With little to no income streams, his band has had to host a number of fundraisers in order to be able to start work on a tent at their panyard during 2020, he said.

“The pandemic has offered some challenges especially in having to construct our pan tent during the period of shutdown in the entertainment sector. We had to depend mainly on fundraisers for which we will like to formally thank everyone who patronised, It is not completed yet as construction is still ongoing, but at least we can store most of our instruments inside and rehearse for the few gigs and projects that are coming our way.

“Special thank you to all the steelbands that stepped forward and made financial contributions. Understanding how difficult the economic situation is for us all, it was a remarkable gesture of support for which we really are appreciative of that,” he said.

Despite all the challenges Samaroo says “the potential for pan is endless”. He said Supernovas, with the support of their corporate partner First Citizens bank, is currently exploring ways to further tap into a captive global online audience.

“The potential for pan is endless, since there is so much you can do virtually for an online audience. Now, with things slowly opening up to entertainment once more, we are looking at the best way forward in hosting a few events that we plan for later this year. We are also happy to be working with our corporate partner First Citizens, in highlighting their support in various fields of endeavour, be it cultural, sporting or other events throughout the year,” he concluded.

SINCE the passing of Prince Philip, the Duke of Edinburgh on April 9, Gia Gaspard-Taylor, local activist and president of the Network of Rural Women Producers Trinidad and Tobago, has been reflecting on the lasting benefits of the Duke of Edinburgh’s Award of which she was a recipient in the early 1960s.