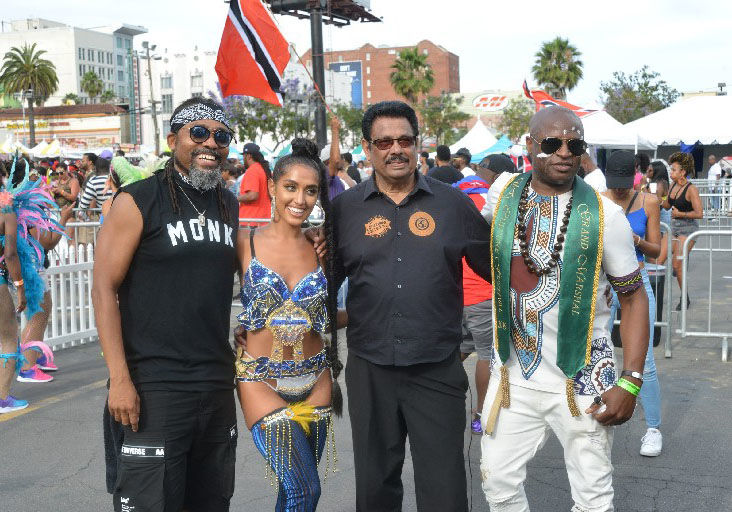 Machel Montano, left, with some of the folks involved in the Hollywood carnival. Photos: JERMAINE CRUICKSHANK 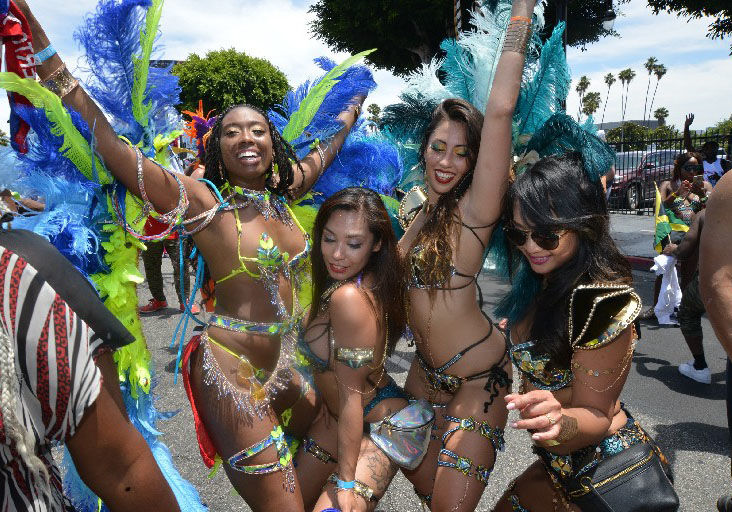 Ladies have a ball on the Boulevard.

Machel Montano, left, with some of the folks involved in the Hollywood carnival. Photos: JERMAINE CRUICKSHANK

Ladies have a ball on the Boulevard.

The Hollywood carnival took place last weekend with several major fetes in and around the Hollywood area, as well as a parade of the bands along Hollywood Boulevard in Los Angeles, California, USA.

LIFE prior to Covid-19 was already difficult for the blind in our society, but the new normal which has seen the enforcement of face masks and physical distancing have many in the blind community feeling stuck between a rock and a hard place, says Marlon Parieaho.

The United Kingdom has agreed to contribute 3 million pounds (US$3.8m) to the Pan American Health Organization (PAHO) to help eight countries of the Caribbean — Antigua and Barbuda, Belize, Dominica, Grenada, Guyana, Jamaica, St Lucia, and Saint Vincent and the Grenadines - contain the spread of the novel coronavirus disease (Covid-19) and mitigate its impact.

“I feel sad as the day of Eid is approaching.”

Those disenchanting words from attorney Nafeesa Mohammed, a mere 48 hours before today’s Eid-ul-Fitr celebrations brought another sobering reality to light of life during the Covid-19 global pandemic.

Arita keeps up the Tempo

IT’S no secret that the pandemic has had a devastating impact on the entertainment industry. And the aftershocks are expected to continue into the foreseeable future. This is painfully obvious to musician, model and TV host/personality Arita Edmund. As the TEMPO Networks director of talent and artiste relations, Arita’s job includes handling music video submissions, booking artistes and managing the artistes on the ground. Covid-19 has brought that to an abrupt halt.