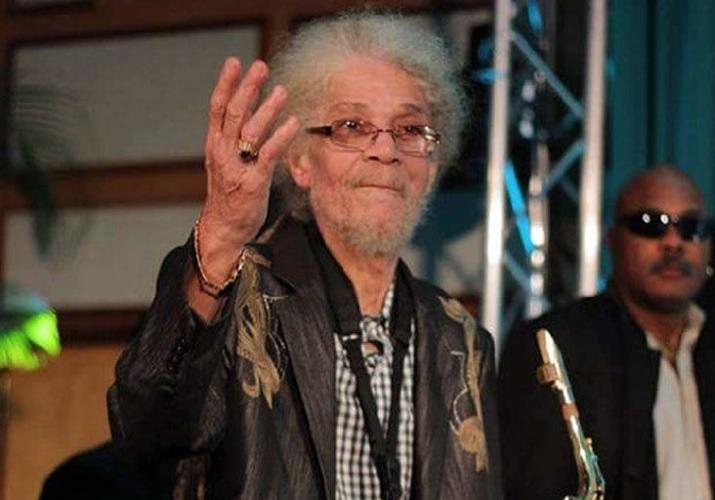 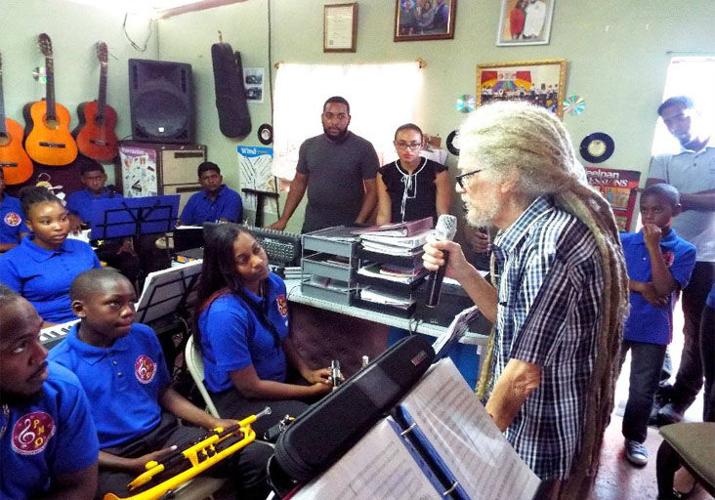 That confident declaration on fatherhood from music icon Roy Cape is bound to resonate in the hearts and minds of every father, with a physical or digital copy of the Sunday Express in their hands this morning.

Cape, fondly called Pappy by his peers, is widely regarded as a founding father of big brass soca. For almost three decades the legendary saxophonist led one of the pioneering bands of soca music: his self-titled Roy Cape and D All Starz.

The Belmont-born music man travelled through the region, North America and Europe to promote soca music during the 90s and early 2000s. He took with him many an eager, wide-eyed singer, helping to shape the careers of genre greats like the late Blaxx (Dexter Stewart), Kurt Allen, Destra Garcia and Olatunji Yearwood, among others.

Looking back on his illustrious career, Cape, who turned 80 on April 18, admitted that while his work often took him away from home, his love, dedication and commitment to his own five children never wavered.

“I didn’t have the luxury of always spending time with them, but if you bring children into the world you are supposed to take care of them. If somebody had taken care of me like that…,” Cape continued, his voice trailing off at the thought of growing up without parents, when he spoke to the Kitcharee on Friday.

“But I tiny and still surviving,” he added defiantly.

Cape spent his formative years in the Belmont Orphanage, now renamed St Dominic’s Children Home, on the Belmont Circular Road. He recalled the impact his stepfather Andrew had on his early years.

“I had a stepfather who was a great man. Andrew. That man was a very simple, easy-going man. If he angered he could have gotten very angry, but I never see him get out of hand always just a cool vibe,” he recalled.

With a lack of male role models growing up, Cape said he was forced to rely on his own intuition.

“God create every one of us and give is wisdom; is up to us how we use it. Whether to be wise or dotish, is up to you,” Cape started saying, finding his words with as much care and thought as he did musical notes on his alto sax.

“Is all about love and kindness. Life is just living and being able to evaluate right from wrong. If you going to hurt another person just like that, that is wrong. Yuh will pay,” he added.

Just a man that loved to played music

Although lauded in every room he enters Cape maintains he is still just a man that loves to play music. The venerable musician shies away from words like “legend” and “icon”.

“For me it eh have no reason for that. God make me and give me a heart to play music. Long before me, music instruments was there and long after I go music instruments would still be there. What I’ve done is had a good band and I had good musicians with me who love what they do and we always tried to do everything at a supreme level. “People have the right to analyse, especially when they may have had communication with you and see the kind of being you are and make a judgement about your character and talent. So whatever they say about me or think I respect because it is their opinions,” he said coyly.

Ever humble, Cape credited the Roy Cape All Starz collective for the lore he now enjoys in music circles throughout the Diaspora. “It is not really my band. We all living and the circumstances and the different things presented to you does make decisions that way. I am elder than the average youth out there singing soca, so I shared my knowledge and advice.

“I am very happy that God still give me some life where I could still celebrate being here. Destra and (her husband) Brian took me out for birthday and it was beautiful man. Its good to see there are people who still respect and honour the elders,” he said.

Cape said “losing one of his sons” in Blaxx was heartbreaking. D All Starz lead singer lost his battle to Covid-19 on April 28. He said he was thankful for the love the entire nation showed Blaxx, his family and the band following his passing.

“It was a huge loss, not just for me, but for Trinidad and Tobago. It brought water to my eye, but when I went in Despers panyard when they were playing (Blaxx’s 2022 hit) ‘Mash Up’ I’ve never seen anything like that in Trinidad and Tobago before. It is the most appreciation and love I’ve ever seen an artiste get here. Only thing is he left before he could see it. If he saw that he would feel like he in heaven already,” an emotional Cape said.

More mentoring to be done

As he ventures into his 80s Cape says he feels he has much more to give. He has started free music academies in Sangre Grande and Diego Martin and is determined to see the next generation of musicians get their hands on the best instruments and tutorship from as young an age as possible.

“It have a lil girl in Grande if you hear her you feel is Kenny G yuh hearing. And she beating pan like a boss too. Pure talent.

“That is what our academy is all about. The instruments are there, the tutors are there and we have the venue. Yes we had little toothaches, but we are on the move,” he said.

Cape lamented that he had to stop classes during the pandemic, but called on corporate sponsors to help with the school’s operational cost in the coming term in September.

“We are here. I eh going to dead at all, at all, at all and as soon as possible the school will be back on the road. Is a commitment we have made and we have gotten assistance from Trinidad-born musicians here and aboard. This like white boards, books, lubrication for trumpet and trombone and reeds for the saxophone… I doh ask for money I ask dem to help me with these things for the school, “ he said.

As for his personal health, Cape, who sufferes from prostate cancer, says he “feels really good these days”.

“I doh wanna play God but I feel very good. My memory is not what it used to be, people use the word today dementia, me eh feel ah reach that stage, but I’m not remembering like I used to, but remember I’m 80 and for 80 I’m doing pretty good,” he concluded with a hearty laugh.

We wish you many, many more years, Pappy!

A passion for perfect penmanship

Anyone, at any age, can improve their handwriting abilities with the right guidance, says ed…

Your brain needs a time out!

We all know that just leaving the office doesn’t stop our mind from racing.

Our brains are constantly working, but there’s a major difference between the kind of work we do for money and the way our brains work to support us in our daily lives. That’s why experts say downtime is crucial to a balanced life and a productive workplace.

The Belmont-born filmmaker, photographer, painter and writer has built a prolific career in film and holds the Guinness World Record for being the first black British filmmaker to direct a feature-length film, Pressure (1976). Ové has documented racism and the Black Power movement in Britain with films such as Baldwin’s Nigger (1968) and Dream to Change the World (2003).

Welcome to the latest installment of the Bocas Book Bulletin, a monthly roundup of Caribbean literary news, curated by the NGC Bocas Lit Fest, Trinidad and Tobago’s annual literary festival, and published in the Sunday Express.

Zo and the Forest of Secrets (Knights of Media), the debut book of children’s fiction by Trinidadian Alake Pilgrim, follows a young girl on a thrilling supernatural journey through the forests of her home island. This first novel in a new fantasy series brings together elements of mystery and mysticism, grounded in the very real landscape of the author’s home island.

Leah Yip Ying and Lindon Mitchel together at Horizons

Horizons Art Gallery welcomes Lindon Mitchel and Leah Yip Ying for a joint exhibition that’s sure to thrill. Lindon’s watercolours and Leah’s rich acrylics both offer vivid glimpses into life in Trinidad and Tobago; with their forces combined, viewers are promised a joyful and uplifting experience.

‘Road Made to Walk’