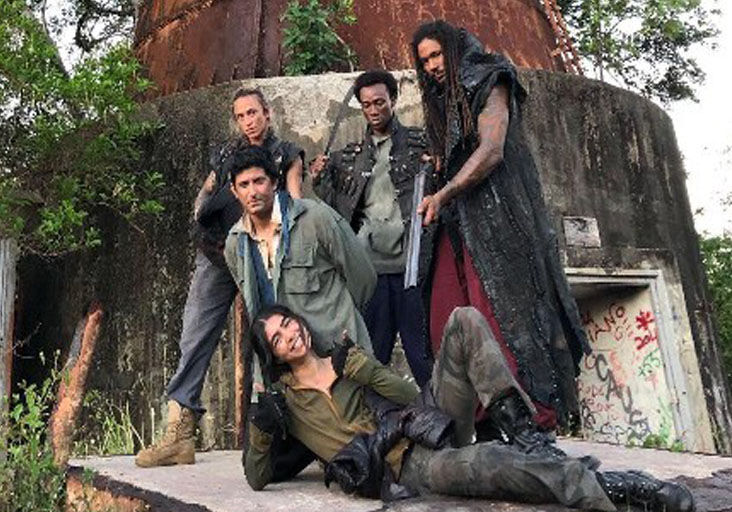 The cast of Ikarus on set in Toco. 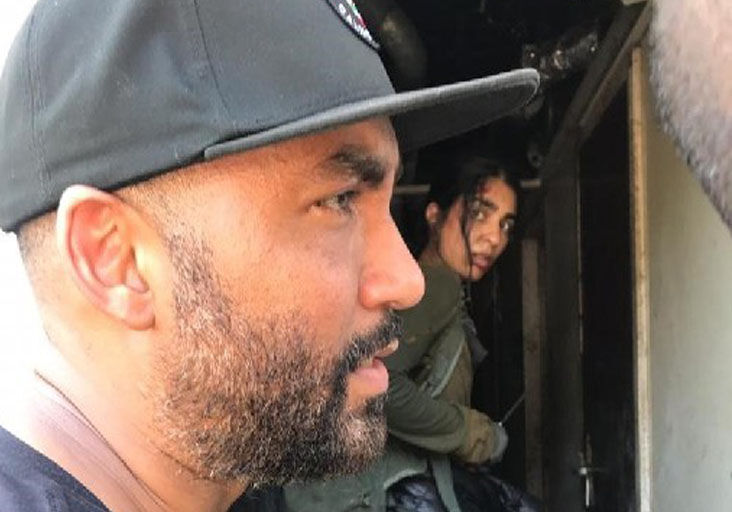 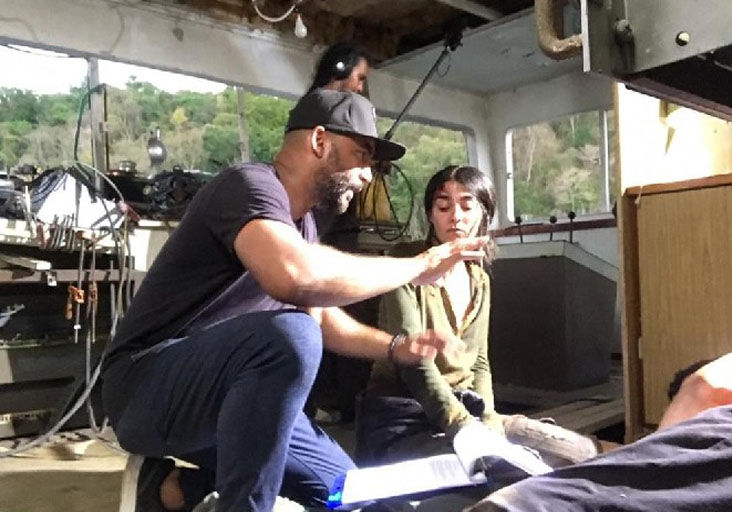 The cast of Ikarus on set in Toco.

Escayg’s sci-fi story follows two siblings who hunt the cargo of the wealthy in search of valuable medical supplies on Earth. Their hope is to one day accumulate enough wealth to gain access to the space colony, but their reality is a daily struggle to survive a harsh world filled with other dangerous hunters and opportunists.

“Well firstly, the film is set in a world where humanity’s greed has widened the gap between the rich and the poor so far, that now the simple things we take for granted, the air, the food, water, shelter, civility…. has turned into the impossible dream,” Escayg started to explain his plot line when he spoke to the Kitcharee from his Los Angeles (LA) home in the early hours of Thursday morning.

The well-travelled producer said the hope his protagonists share for a better life, despite dire circumstances, is the main emotion that propels the end-of-days tale. It’s an approach, he thinks we can all learn from in the uncertain weeks and months ahead.

“They’re still able to dream. And it is ironically these dreams, the costs of these ambitions, like the very world in which they now live- brings it all full circle- creating a burden too big to bear. It’s a conversation I have with myself- is it all worth it? Our drive? Our pursuit of ‘enrichment’? Is the grass really greener? Or is happiness a fleeting moment to be pursued but never attained?” he mused over WhatsApp.

Filming during a pandemic

These are all questions Escayg has had to answer in finding innovative ways to keep the film rolling on his pet project in the middle of the deadliest global pandemic in over a century.

He admits it hasn’t been easy and at times quite stressful. Hollywood A-lister Tom Cruise infamously lost it on the set of his Mission Impossible 7 film last month. The actor lashed out at crew members in an audio clip that went viral, for their failure to adhere to strict Covid-19 guidelines on set.

Escayg said thankfully he has had the full corporation of cast and crew for his movie both on location in LA and Trinidad.

“Liked you’ve guessed, it’s been crazy making a film during a pandemic. When we started, we set out to do a five-day shoot in Trinidad. It was on day two that myself and an actress got the call, that the Government was shutting down the borders. We literally left at the end of our day two shoot, showered and headed to the airport,” Escayg recalled.

Restrictions on travel and stay-at-home orders in LA made filming a slow process and stretched both his budget and human resources thin. However, he said with a few tweaks and improvisation the project is now close to completion.

“Like everyone, I thought it’d be a few months before I’d be able to finish the film- cut to almost a year later. However, the show must go on. We’ve done everything within the rules of safety to complete the film; rewrote the script to ensure the structure is sound. I’ve literally done a virtual shoot with the amazing crew in Trinidad, using stand -n doubles when necessary. And I’ve even had to build a set in my backyard to finish certain sequences. But I am happy to say that we are shooting the final scene this weekend and I’m super proud of the cast and crew in Trinidad, the cast and crew in LA and everyone who gave their blood, sweat and tears to help make this film what it is today,” he said.

Escayg believes now, more than ever, the world needs the therapy creatives provide through their artistic expressions. More than an outlet for release or an opportunity to escape painful realities, he says stories, poetic works and songs provide a mutually beneficial transference of energies between artists and audiences that can restore hope and belief in humanity.

“Filmmakers, storytellers, poets, singers and songwriters are the voice of the times. We’re therapists both to our audience and to ourselves. We all know where humanity’s headed. We can feel it. Racial tension. Division. Global warming. But it’s through these films… these poems… these songs… we change it!” he said emphatically.

It’s up to every person to help forge a better world to live, he reckoned, saying: “we create the world we want to live in. There’s always a moral to the story.”

On a personal level, Escayg says the pandemic has been “a wake-up call” to “revaluate priorities” and return his focus to what matters most.

“Health. Family. I’ve been in the process of this, as you can tell by the topic of my film, but the pandemic brought it to the forefront. Happiness. What is it? Where is it? What do I really want? And if it all were to end today- this amazing experience that is life- would I be content? Time or rather the lack thereof is what has fired my creativity. My need to live life to its fullest,” he said.

Fully inspired and motivated to continue creating he says there are more stories to be told, music videos to direct and video games to produce – Escayg has worked on a number of high-profile gaming projects in the past. He plans to bring in more creatives here in T&T on these future projects.

“My plans are to explore more mediums of storytelling. Music videos are a weakness of mine. Making video games as well. But there is a feature film attached to this project. So hopefully, when new norms are defined, this goal will be next on the docket. I also am looking forward to working more in Trinidad, working with local crew and teams- there are tons of incredible talent in my country- exploring those opportunities is a must,” he concluded.