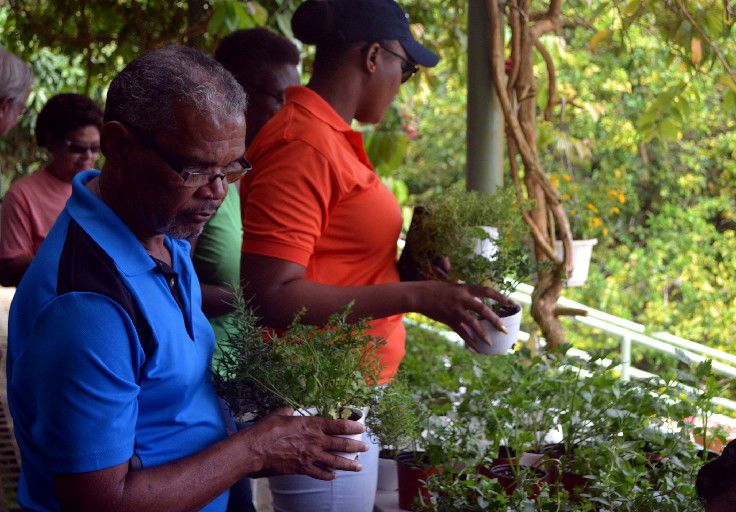 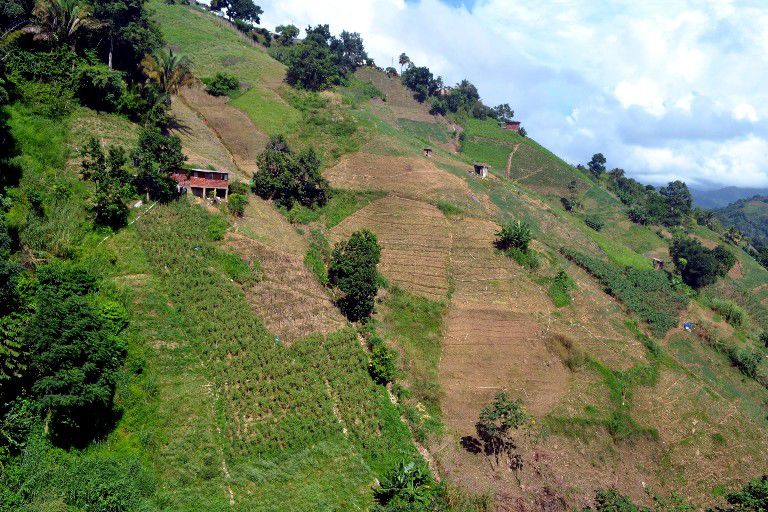 I must say that I have never been on as intimate a tour as that hosted last Friday by the National Trust of Trinidad and Tobago.

At the end of the experience, I felt I had savoured all the flavours that the mountainous area of Paramin had to offer, not only those seasoned by the traditional gardens on the slopes but a one-on-one interaction that left me, and I’m sure from the responses of other members of the touring party, feeling that we had known Paramin all our lives and could only now take the time to appreciate the uniqueness of its people, its history, its culture and traditions, its folklore, its eco-diversity and of course its wonderful highland setting that affords spectacular views all around.

I was a part of the fourth such tour hosted over a period of two weeks and had a very knowledgeable son of Paramin with over 30 years’ experience as tour guide in the person of “Carlos” and fellow patois-speaking persons who made the entire tour all the more pro-active not only among the tour party but inclusive of the mostly French Creole villagers we met along the way.

Paramin lies to the north of Port of Spain and our tour took the form of a loop from the busy commercial-oriented Maraval past the main entrance to Paramin at Morne Coco Road up onto the Maracas Road and ultimately onto Fond Pois Doux Road that took us up into Paramin.

By the time we had begun the steep drive up Fond Pois Doux Road we felt theoretically prepared and ready for the unique personal experience that all of Paramin had to offer thanks to our guide. We had also learned several patois words and their meanings which served us in good stead.

Only two roads in Paramin carry English names, the rest reflecting the French creole culture of the area. We were now on the second of five entrances into Paramin, the main one being the Morne Coco route and the others Morne Rene, Le Platte and Cameron.

Our route is generally regarded as the safest as it is less busy for drivers negotiating the steep “S” corners of this mountainous region where the roads run along the narrow crests of the ridges and are two-way to traffic.

Approximately 4,000 persons live in Paramin and because of their cultural knit, all know one another and some, like our guide, are related to as much as 70 per cent of the total population.

At the first stop we realised that this tour would entail much spectacular scenery. Over 2,000 feet at its highest point, the mists around such heights add that awareness of our relationship with the atmosphere and its bounty that replenishes the earth with its moisture. There is no pipe-borne water in Upper Paramin, so the community is also dependent on these elements for survival.

We looked out onto a panorama that included the tapering hills into Port of Spain and the Gulf of Paria to the south and south-west, the continuation of the cordillera to the west and the steep descent into the Caribbean Sea to the north.

At a private lookout where Patois signage welcomes passers-by, we had our long awaited introduction to the seasoning plants that Paramin is known for such as schive, French thyme, broad-leaf thyme, Spanish thyme, basil, rosemary and much more.

This exercise of course prepared us for the range of steep hills that we would traverse, all planted with herbs, vegetables and provisions. When you look at the steepness of the terrain, it is amazing to learn that most people working gardens in the area are over 60 years old.

At Barre La Vigie, Paramin’s highest point at over 2,000 feet, we were at road’s end, where a small park area affords a relaxing and peaceful ambience, panoramic scenery west to the Paria peninsula of Venezuela, east along the rest of the northern range, south to Port of Spain and out to Central and north over the Caribbean Sea with the avian island sanctuary of Saut d’Eau just offshore.

The promise of a demanding hike to Saut d’Eau beach starts here along a steep winding descent that takes a knee-demanding forty-five minutes and a double or triple time return journey to this summit.

Watching the mists waft across the mountains from this vantage point makes you want to spend extra time here but the tour resumed and we were happy to visit a strategically-sited retreat named “Paradise Villa”. Paradise is what this place exudes, located as it is on a ridge overlooking sweeping views of the foothills and valleys all around.

At the entrance to the villa we were greeted by a traditionally dressed French Creole dancer accompanied by paranderos who proceeded to serenade our tour party throughout sumptuous servings of Paramin fare.

Our tour party was also given the opportunity to purchase plants, especially seasoning species, and took full advantage of this. A nature walk around the area with one of the gardeners also gave us the chance to see first-hand the techniques used in planting Paramin’s thriving gardens.

This was one of those times when you just wished to spend more time in such a typically Paramin ambience. However the tour was on the move again and we left with many promises to return soon.

Most of the tour party, even the elders, were excited to visit the Colosseum, a small cave promoted as the most accessible in the Northern Range as it takes only two minutes to get to it.

The narrow path through farmers’ gardens with its steep downhill side can be a deterrent to the faint-hearted but members of the tour party made it without incident and most regarded it as a novelty to experience what it is like to be in the interior of a cave with a colony of bats gathered in several niches in the roof. The view across the cultivated valleys of Paramin from the mouth of the cave is always a point of interest to visitors.

Back on the driving tour, we passed through an area where we saw houses that are over 140 and 160 years old. There is also the house where Paramin’s, and for that matter Trinidad’s, oldest centenarian now deceased, lived.

Francis Felix Asson died at the age of 112 in 2017. There is a cheery mural of him on the eastern wall of the house.

In Paramin, people continue the traditions of their French Creole ancestors and names such as Fournillier, Romany, Boisselle, Felix and Le Tren are dominant.

At Fatima junction, so named after the Lady of Fatima statue that was brought to Paramin in 1952, we observed lots of activity as it is an area regarded as central to Paramin. There were lots of jeeps, also called Paramin taxis, parked and waiting to transport the villagers to and fro.

From this point we entered Lower Paramin, passing home-style industries such as wine making, tying of schive, drying of vetiver, bottling of seasoning and lots more. Interaction with villagers was an educational element of the tour as conversation entailed the Patois language.

Our final stop was at the Roman Catholic Church, Our Lady of Guadeloupe, where the population of Paramin comes at least twice a year to participate in the Patois mass on Dimanche Gras Sunday and Patois Day on the last Sunday of October.

Catholicism is still very strong in Paramin and the church seats up to 800 people. It was regrettable that the church doors were closed at the time of our visit.

Paramin means different things to people outside the community. Some visit only at Carnival to see the Blue Devils in action, some visit only at Xmas to share in the parang festivities, most however visit at any time of year to enjoy the friendly culture of this highland community and the beauty and peace that the area is known for.