ANY QUESTIONS?: Florencia is an interactive artificial intelligence tool. 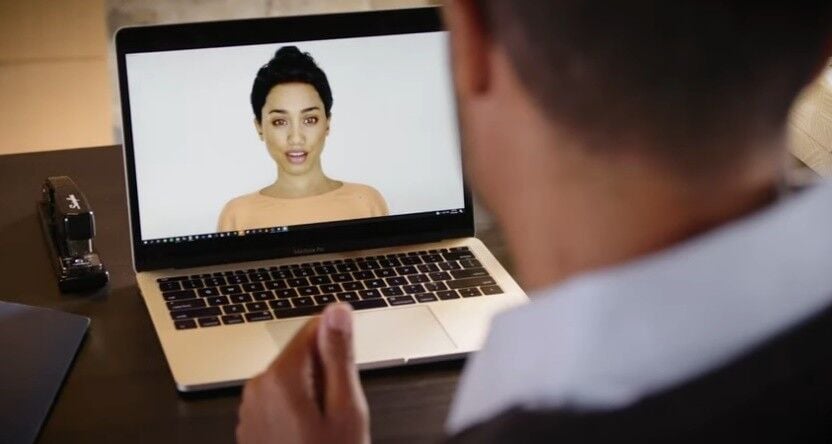 FACE-TO-FACE: A smoker interacting with Florencia.

ANY QUESTIONS?: Florencia is an interactive artificial intelligence tool.

FACE-TO-FACE: A smoker interacting with Florencia.

Florencia, which is accessible through the Internet, represents a milestone in tobacco control efforts in the Americas. Florencia uses artificial intelligence to dispel myths around Covid-19 and smoking and helps individuals develop personalised plans to quit tobacco. Florencia provides guidance to consumers on the most effective techniques and tools to stop using tobacco products.

Florencia can engage in real-time conversations with users by voice or texting, providing scientifically validated information on the dangers associated with smoking and mechanisms available to combat the tobacco epidemic.

Florencia is also able to provide users with information about the various digital cessation services recommended by WHO, such as free telephone quit lines, applications that can be downloaded to users’ personal cell phones or tools associated with additional cessation projects.

In the “Commit to quitting tobacco” campaign, PAHO/WHO is highlighting the importance of creating environments that encourage people to quit smoking by promoting public policies that encourage cessation of tobacco use, establish smoke-free environments, and increase tobacco taxes.

Increasing access to services that promote smoking cessation is also central to this effort. The 2021 commemoration of World No Tobacco Day includes the development of a series of initiatives aimed at deepening efforts to create more and better conditions to quit smoking, empowering smokers to try to quit and avoid the serious health consequences of using tobacco products.

To quit smoking, PAHO/WHO recommendations include four steps: set a specific quit day as soon as possible; tell friends, family, and work colleagues; anticipate possible obstacles that may arise; and eliminate any tobacco products from the immediate environment.

Within 20 minutes of quitting smoking, elevated blood pressure and heart rate are reduced. Within 12 hours, the carbon monoxide level in the bloodstream returns to normal. At two to 12 weeks, circulation and lung function improve. At one to nine months, cough and dyspnoea are reduced.

Tobacco kills more than eight million people each year worldwide, and of these, about one million are from the Americas.

Joey wields his axe with precision

“It’s a small world after all, it’s a small, small world.” Popular song and as truthful as night leads to day.

Having a chat with master guitarist Joey Ng Wai two nights ago, we realised just how far back our encounters with one another go. I asked him if he was in any other bands before Frantic. He told me he was actually part of a band called, Zoom and the Band when he was 13 years old.

When he plays one finds oneself not only enthralled by his music, but also mesmerised by his dexterity.

Enrico “Gittarman” Camejo is one of the most skilled and versatile guitarists on the island. From classical to jazz, parang to soca and rock, Camejo plays it all with consummate ease. He’s also one of the most amiable, genuinely loving people you’ll ever encounter.

Being a change agent

Meril Young walks confidently along the busy street in Morvant six feet tall in her favourite shoes. She is on route to the hospital. The usual street crowd of early morning limers and roadside workers watch her stride. We are talking via mobile phone as she paints the picture of her morning. “It’s a beautiful, sunny morning, I’m a bit tired from my last shift but God is good!”

Eighty-five years after the UK publication of the ground-breaking Minty Alley, the only novel by CLR James, at a time when Caribbean literature is once again seizing the attention of British audiences, the Bocas Lit Fest has joined forces with British organisations to celebrate Black British culture.

People under pressure to plant!

By raising the importance of our food and agriculture on the national development agenda, it would signal to those paid by the public purse that more must be done in the circumstances facing this country.