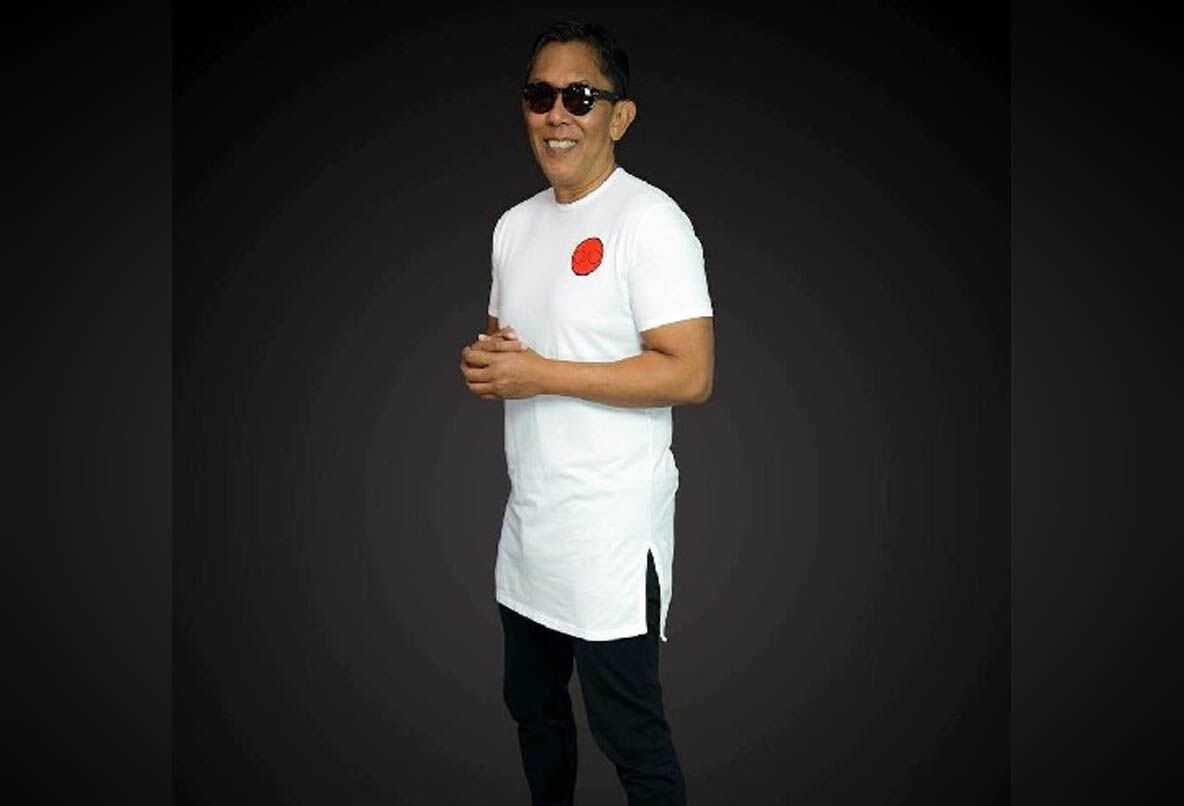 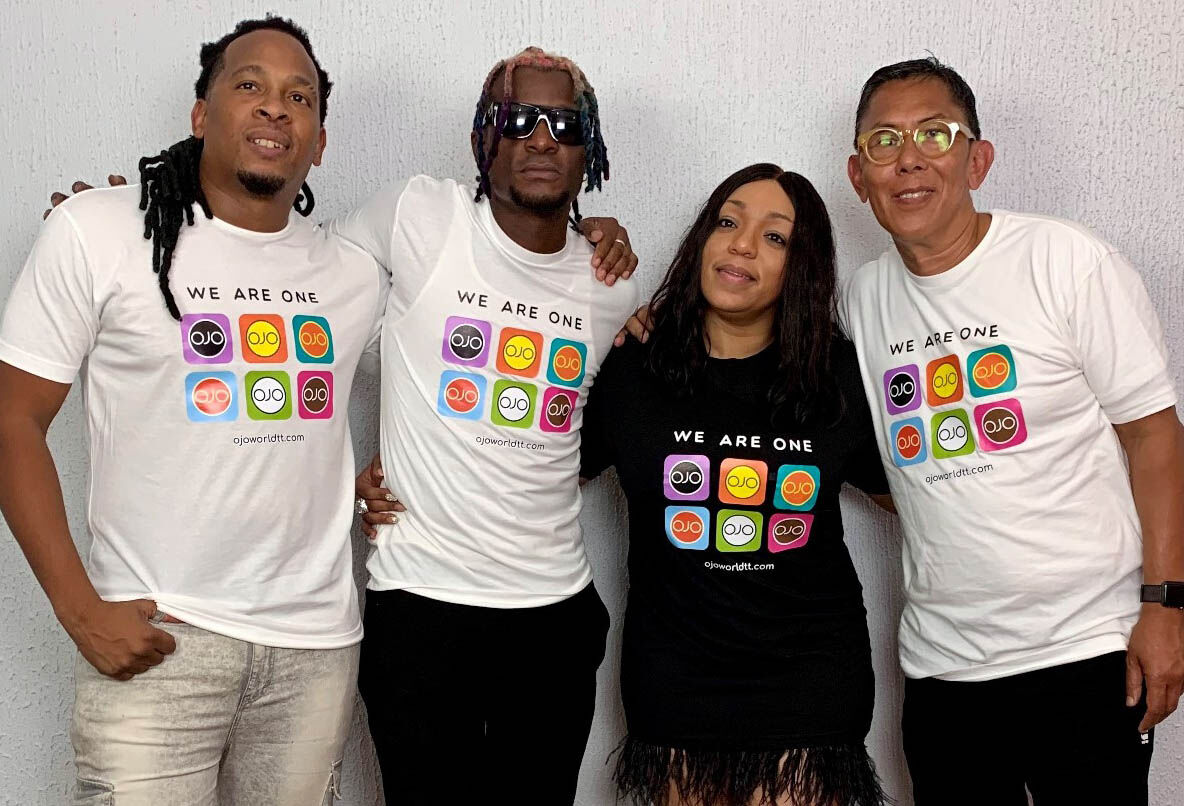 On a Sunday in May a Chinese youth and his Afro-Trinidadian counterpart were on the hall’s stage behind their DJ set-up, the centre of attention for the pupils and other kids attending the annual Mayfair.

Most of the fellas were trying to impress the girls with their breakdance moves, comic relief really, while others were just sauntering around, trying to look cool, but came across as hot and bothered.

I was transfixed on the two DJs as they played the music, executing quick changes of records on the turntables, cutting and fading from one to the next, They hyped up their mainly teeny-bopper audience with short, snappy verbal phrases as they dropped one hit after another in quick succession. This was the first time I had actually seen live juggling and it was awesomely mesmerising.

The DJs were former CIC pupils, Anthony Chow Lin On and Curtis Popplewell. Both would go on to become well known, accomplished creatives. Chow Lin On will, however, move on to become a household name throughout the region and the Caribbean diaspora in North America and Europe.

As the man behind the sound system known as Chinese Laundry, Chow Lin On revolutionised the local entertainment arena. Over time, he literally erased the border line between Uptown and Downtown. He would also become the most discussed DJ/radio executive/music producer in the history of Trinidad and Tobago’s entertainment arena.

Growing up in Sangre Grande, Chow Lin On, commonly referred to as Laundry or Chow, said when he looks back to his childhood, he sees himself as an original one percenter, meaning he was one of the only Chinese pupils in his primary school.

In those days Chinese citizens were given a host of nicknames, some of them cruel, all of them unflattering to the persons they were aimed at. Chow said he was at times made to feel ashamed of his Cantonese heritage and when his grandmother and other elders spoke to him in Chinese, he would respond in English rather than his ancestral tongue.

Chow’s father, Alwin Chow Lin On and his uncle, Ellis Chow Lin On, did not allow the attitudes of people around them to cause them to isolate themselves or their family. The Chow Lin On family owned a snackette and had developed a good relationship with the people of the community.

The brothers co-founded a steel orchestra, Cordettes, which in time became a beacon of Sangre Grande. Alwin and Ellis shared a passion for Trinbago culture, each becoming deeply involved in pan, calypso, soca and mas. The young Chow soon became immersed in the things of culture, encouraged by his father and uncle.

“My first home was at Ojoe Road in Sangre Grande and my father was one of the founding members of Cordettes Steel Orchestra and their first panyard was literally outside my bedroom window. So the band preparing for musical festivals and Panorama was what I grew up seeing.

“Dad used to take me to a pan tuner named Joseph Roseman in Barataria where I had to endure hours of pan discussions. He also took me to Panorama every year and when he arrived at the Grand Stand he would position himself in the row of chairs behind the judges. We always got there before the first band played and it must be noted that it was normal for him to stay until the last band played. This began before I was ten years old and I developed an intimate relationship with the iron chairs as they became my bed. In those days Panorama went until well after the sun was rising,” Chow said.

Chow’s uncle, Ellis became a music producer, artiste manager and advisor to many people in the entertainment business. And so began Chow’s education in the business of music, production and other facets of the entertainment arena.

“Uncle Ellis was the most influential person in my life. He worked with the who’s who in the business. He took me everywhere with him such as the famous KH recording studio in Sea Lots, which is where I saw the giants of that era, while observing the recording process.

“I experienced the creative processes of artists like Shadow (Winston Bailey), Wildfire, Maestro (Cecil Hume), Charlies Roots with David (Rudder) and Tambu (Chris Herbert), Carol Adison, Lord Shorty (Garfield Blackman) and the list goes on and on. Ellis also managed the Master’s Den Calypso tent, and was a very close friend and business associate of the Mighty Shadow who is my favourite artiste of all time,

“I remember playing the blue label 45’s for “My Belief” and the immortal “Bassman”, the flip side was “I come out to play”. The basslines in “Soca Boat” and “Jumbies” influence my work to this day and that is why there is a picture of Shadow in the most prominent spot of my living room today,” Chow said.

In those days a full time career in the music arena was not considered a wise choice. That mindset still exists today, but not as much as back then. After graduating from CIC, Chow enrolled in the Hotel School in Chaguaramas to train as a chef,

Chow intended to work as a chef and pursue DJ-ing on the side, but faith it seems had another destiny set out for him. As much as Chow possesses a sweet hand, his flair for mixing and blending was not meant for cuisine, but rather for turntables and vinyl.

“Fresh out of St Mary’s College, I went to the Hotel School where I was formally trained as a chef, while trying to be a DJ on the side. My first job was in the family business at Char B Que on Tragarete Road followed by the Sandwich Construction Company on Independence Square. Things didn’t work out the way I wanted and I decided to take a leap of faith and become a full-time DJ, which for my parents was the most worrisome decision. My father called me insane,” Chow said.

In quick time, however, Chinese Laundry became one of the biggest sound systems on the island. Led by Chow the outfit garnered a huge following comprising teens and young adults, from ghetto youths to the more affluent.

Once Chinese Laundry was in the dance, the dance ram. They played the clubs, big fetes, the popular house/backyard parties that were known by simple tags such as Michelle, Smart Street, Elizabeth Gardens and others. If one wanted their graduation ball to score, hire Chinese Laundry.

Then there were the mix tapes. People flocked to the Chinese Laundry store on Tragarete Road to get the latest production on cassette. I know some folks today who still have their Chinese Laundry cassette specials to this day. Some have converted theirs to CD and mp3, but still cherish their cassettes, as stretched up as they may be. A TDK can only last so long.

Realising just how popular the urban music scene had become, radio station executives in the early 1990s decided the time had come for a new platform. Chinese Laundry and the other local sound systems were ruling the streets, in maxi taxis, blockos, parties and just about anywhere you cold hook up a system and throw a bram.

Then radio came calling Chow via a chance encounter, a girl’s birthday, a garage and one very impressed, influential father who got an idea watching a Chinese guy make 50 kids dance all night long...All night.

For a woman, the moment she detects a lump in her breasts, panic sets in.

Whether the biopsy results come back showing the lump as cancerous or benign, that woman’s life as well as that of her loved ones changes forever.

A story of hope