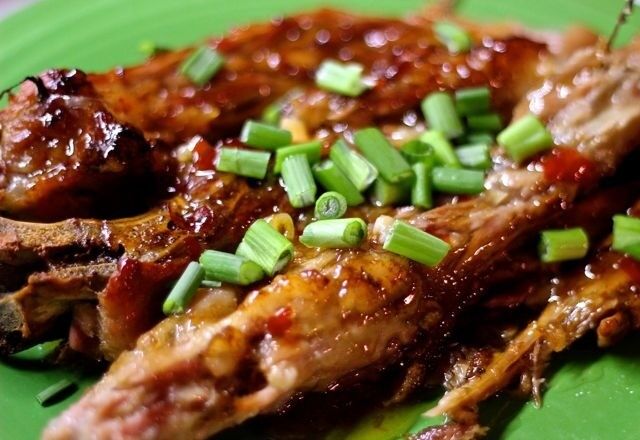 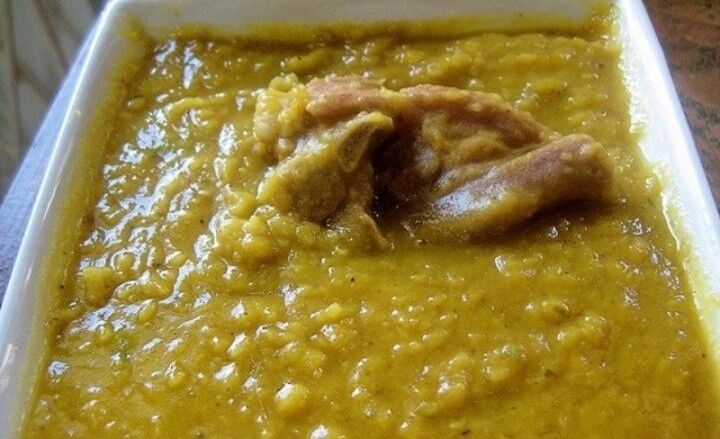 Salted pigtail (the tail of the pig) is one of the most beloved meat staples that gives Trini dishes a distinct flavour. There’s no doubt that it’s a favourite, whether it’s featured in peas, soups or cooked with rice. Within recent years, barbecued pigtail has also become quite popular as a street food and finger food.

Pigtail shot into the spotlight recently as one of the foods that has been exempted from VAT (value-added tax).

Pigtail retails for $30 per pound in the market, but at the grocery and some shops, you can get it parcelled out at various prices.

Mary Stanisclaus, 80, remembers when pigtail was $10 a pound. “Pigtails is Mr Pigtail now because it is so expensive. But it is good that they removed the VAT. Pigtails have no right being over $20 per pound. I can tell you that a few years ago, pigtail was selling for $18 or $20 per pound,” Stanisclaus said.

Stanisclaus said pigtails have become versatile. “Long ago, we used to buy pigtails by the bucket because we used to put it in everything, especially in oil down. Now, I see my daughter making barbecued pigtails, which is new to me, but it tastes good. A piece of pigtail will add flavour to any pot. I like the fatty part of the tail, but some people like theirs lean.

“We used to have buckets of pigtails long time because my family was big and my father loved pigtails,” Stanisclaus said.

Pigtail contains tender and fatty meat; when cured or salted, it makes a tasty addition to a variety of recipes. For some, it’s a comfort food and for others, it is a must-have and is used regularly, especially in one-pot-cook-up dishes.

Pigtail is also a staple throughout the Caribbean and Latin America and can be prepared differently depending on culture and tradition.

Before using your pigtails in your favourite dishes, first, remove the salt/brine by washing with the juice of a lime and water. Place the pigtails in a saucepan with a few bay leaves and bring to a boil.

Besides soups, pigtail is also very popular barbecued. Here are a few easy recipes for you to try.

1. Boil for 30 to 45 minutes the first time. Drain and wash under cold water.

2. Boil a second time for 30 minutes, adding the bay leaf, green seasoning and chopped garlic. Drain and set aside.

3. Make the barbecue sauce. You can use the website’s recipe or your own favourite blend.

4. To barbecue, dip the pigtails in the barbecue sauce before putting it on the grill.

5. Place over the grill and let cook until it achieves a golden-brown colour. Then dip again in the barbecue sauce.

6. Let cook for about two to three minutes then remove. Cut the pigtails at the joints (if you prefer) and serve with pepper and barbecue sauce.

1. Soak the split peas in water for two hours or overnight and drain.

2. Heat oil in large pot. Add the two whole cloves of garlic and let burn in the oil. Remove the garlic.

3. Add the pigtail to the oil and let cook for a few minutes. Add the pumpkin, peppers, onion, garlic and thyme, and stir. Add the peas.

4. Add the water and bouillon cubes, and let come to a boil. Add salt, black pepper, celery, chadon beni and chives. While the peas are cooking and they start to soften, swizzle with a swizzle stick or whisk intermittently.

5. Cook for approximately half-hour to 45 minutes or until the peas are tender. If the peas are taking too long to soften, add half-teaspoon baking soda to the peas while cooking.

6. Taste and adjust seasonings. Let simmer for a few more minutes and then serve.

A story of hop

Doubles is a revered staple in Trinidad and Tobago, but would you pay $10 for it? This was the hot question last week following comments from the CEO of Maharaj Westside Supermarket, who drew criticism from the general public after he suggested the price of doubles should be increased to $10.

Doubles is one of the cheapest fast food