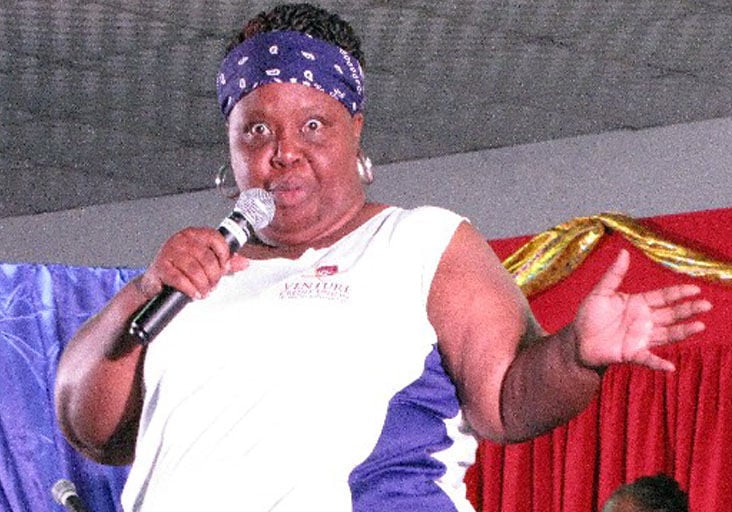 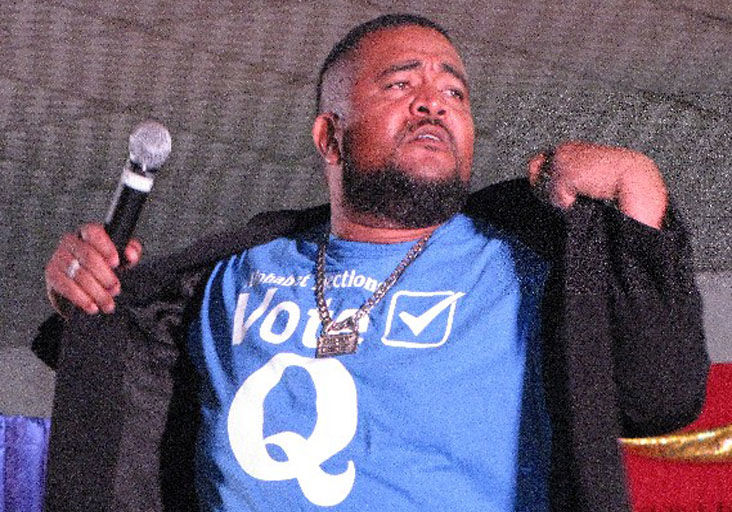 If yuh like bacchanal and lacouray, yuh will love the Kaiso Showkase calypso tent.

The diverse material from the mixed cast of veterans and relative newcomers was also thought-provo­king and self-reflective. Togeth­er, they took a packed house through the full gamut of emotions when the Express visited the tent last Thursday.

“When yuh go fat, yuh doh go back,” Alicia Richards declared em­phatically to a raucous cheer from an already tickled audience during the standout performance of the night.

The heavyset Richards related her initial dismay and eventual amusement at discovering her best friend was now shacked up with her husband, with the comical “Woman In Law”. She sang:

“Ah have to give everyone de score

We lime whole day in a jam session

Next ting ah know she gone with meh man

Den one day my friend visit me

To discuss some problems she have with he

She ask me how you live with that man

Doh care how he brush and floss gal

De only problem ah had recently was how to get rid of he.”

Veteran bard Mr Mack (Victor MacDonald) and rising stars Def Prince (Keith Wason) and Sexy C (Crystal Jeselle Mitchum) also had sections of the audience falling out of their chairs with their respective “Birth Control”, “Pepper Man” and “Eat It”.

Def Prince shared an argument he had with his girlfriend about “Not eating meat he can’t put pepper on” while Sexy C related about her experience with an “elderly, no-teeth” man wanting to eat her meat during two highly comical displays.

Mack meanwhile told of his desire to tra­vel back in time and provide contraceptives for the fathers of several prominent nationals, including Leader of the Opposition Kamla Persad-Bissessar and trade union leader Watson Duke. He sang:

“Sir before yuh do what yuh have to do

Ah have ah condom for you.”

When he trained his sights on radio announcer and Showkase emcee Damien Melville, suggesting he was to thank for his existence, the entire tent roared in appreciation. He sang:

Is because ah take dem condoms away.”

Banjela showed exactly why he won that coveted crown, with a stirring rendition of “Tis Is We Season” that earned him an encore. Calliste, grandson of legendary bard Black Stalin (Leroy Calliste) was also impressive with an ode to his grandfather and iconic musican Roy Cape, entitled “Roy and Leroy”.

Lucas’ vocal delivery was immaculate atop his “Tongue Attached to Yuh Brain”. The reigning south monarch showed his pedigree and potential. Donawa, a finalist at tomorrow’s National Calypso Monarch final, was equally measured with his “We so Cold”.

Phillips’ hard-hitting “Wack Dem Kenny” had hands waving in a whacking motion as he laid waste to “culture vultures and users”.

Ras Kommanda meanwhile questioned the source of great wealth accumulated by a man called Lall Kissoon. He queried repeatedly, “Where you get the money Lall?”.

Pioneering music produ­cer and living legend Kenny Phillips has stepped out from behind his famed mixing board into the bright lights of centre stage with his provocative 2020 calypso debut, “Wack Dem Kenny”.

So what happens now? The so-called calypso season is over. Ele­ven calypsonians have been selected to compete in the National Calypso Monarch …

100 Caribbean books that made us

What makes an unforgettable Caribbean read? Which books have meant the most to Caribbean readers, from childhood into adult life? The NGC Bocas Lit Fest wants to know.

‘We Inside’ brings alternative music live to your screens

Leading local alternative, rock, r&b, hip hop and jazz acts will be streaming directly to your mobile screens at the “We Inside” concert series all April long.

Cuban docs fighting COVID-19 around world and defying US

For two years the Trump administration has been trying to stamp out one of Cuba’s signature programmes—state-employed medical workers treating patients around the globe in a show of soft power that also earns billions in badly needed hard currency.