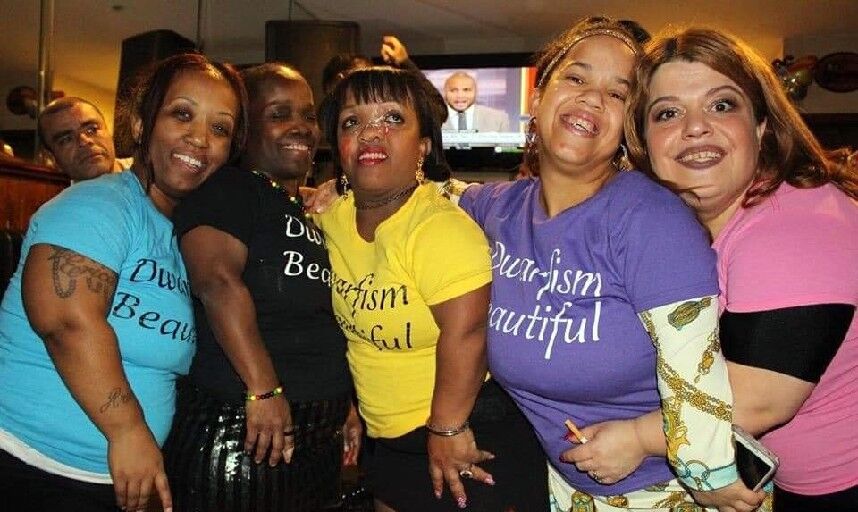 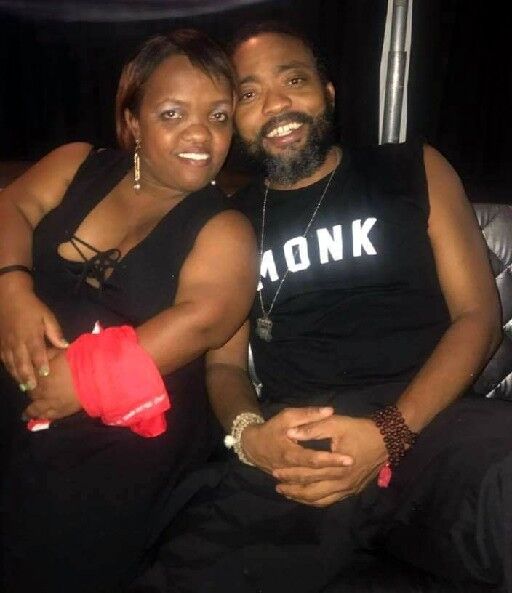 MACHEL IN THE HOUSE: Suzette Sooknanan Evans with Machel Montano.

MACHEL IN THE HOUSE: Suzette Sooknanan Evans with Machel Montano.

At three feet 11 inches, Evans has dwarfism. It was only when she migrated to the United States years ago that she found large communities of little people like herself who were not ashamed of their dwarfism but were living their lives to the fullest. That was unheard of when she was growing up in Trinidad.

According to the Mayo Clinic, dwarfism is short stature that results from a genetic or medical condition. It is generally defined as an adult height of four feet ten inches or less. The average adult height among people with dwarfism is four feet.

Dwarfism can be caused by any one of more than 300 conditions, most of which are genetic. It can and does happen in families where both parents are of average height, the Johns Hopkins All Children’s Hospital states on its website.

People with dwarfism face unique challenges including name calling and discrimination. Evans uses her social media to sensitise the public on the proper terms to use to describe people like herself. Many people with dwarfism prefer the term ‘little person’ or ‘person of short stature’. On the other hand, ‘midget’ is considered unacceptable and even derogatory. Evans explained that persons with dwarfism are laughed at and random strangers also take their picture without asking for permission. Little people also find it difficult to get jobs.

“Little persons have to work twice as hard to accomplish something. If a tall person and I go for the same job interview, even if we have the same qualifications, the tall person has the better chance of getting the job,”she says.

In many cases, limitations that are imposed on people with dwarfism are put there by people of average height who wrongfully assume that dwarfism is also an intellectual disability and that persons with the condition are incapable of leading fulfilling lives. That’s where Evans comes in.

At three feet 11 inches, she may be small in stature, but she is a giant at heart. Throughout her life Evans has defied and in some cases exceeded expectations - she moved to the US where she works, drives and lives a purposeful life. Additionally, for the past six months Evans has been feeding hundreds of people during the pandemic - that’s no small feat.

Evans is very vocal about the advantages and disadvantages of being little. Her grandmother was a little person, so was her mother. Both Evans and her brother have dwarfism. Growing up, life was very difficult for her. Her family was poor and lived in her grandmother’s old, rickety wooden house. Every day was a struggle - but Evans never gave up.

“Just because you’re in a bad situation doesn’t mean that you can’t turn it into a positive,” she says.

In 2000 she migrated to the US with only US$100 in her pocket. She worked and eventually saved enough money to rebuild her grandmother’s house back here in Trinidad. People told her she couldn’t drive but Evans was determined to prove them wrong, she got her licence and bought a vehicle outfitted with extended pedals and modified gears. She also got married and started a comedy sketch series on YouTube.

Since April, Evans has been volunteering at a pantry, providing hundreds of hot meals to people in need. Most people in her inner circle would say that Evans is strong and full of energy, hopes and dreams.

“After 15 years of friendship, I can sum up Suzette by saying that mentally she’s a giant. Dwarfism does not define her nor does it keep her back from doing anything that I can do and I’m five foot ten,” says one of Evans’ friends - Usha Kourt. “She’s unstoppable and I am super-proud to call her my friend.”

But there are also times when Evans feels mentally tired due to the lack of education and prevailing ignorance around dwarfism.

“Now that I have a seven-month-old niece who also has dwarfism, I am concerned about her. Hopefully she will be treated with respect and no one will take advantage of her. I often ask myself: will she be as strong as I am?” says Evans.

She’s also aware that, unlike the US where there are organisations and communities that target little persons, back in Trinidad there are few support groups that empower little people and educate the public on the condition. Although Evans can’t change people’s behaviour, she lives her life in a way to prove to all onlookers that people with dwarfism are capable of doing anything.

Little people have the same dreams and desires as people of average height, adds Evans. In fact there are little people who own businesses and are doctors and nurses.

But more importantly Evans wants to be an inspiration to her niece and others.

“There are little people who are afraid to drive or go out into the world because they are afraid of what people may say or do to them. I want to tell them - don’t let your height hold you back. Don’t sell yourself short because you are short in stature. If I can drive, work, and volunteer to feed hundreds of people, then anyone can do it too,” says Evans. “Everyone has things that challenge them. I am not defined by a disability; I look for what I can do to contribute and make people happy.”

Be a part of the Backyard Bioblitz

Looking for a great activity to do with your children in November this year? Then look no fu…

St Augustine Senior Secondary Comprehensive School’s The Green Machine Original Alumni (GMOA) will host its first food drive on December 12 at various areas throughout the country. The organisation’s president, Sharon O’Brien, said the initiative will target needy families who would have suffered loss of earnings during the Covid-19 lockdown period.

On the eve of World Diabetes Day on November 14, the Pan American Health Organisation (PAHO) urged better control of diabetes to prevent related complications as well as potentially life-threatening complications associated to Covid-19 infections. PAHO also called for continued access to primary health care services and treatment for persons living with diabetes amid the new coronavirus.

Take a “Cyber Parang” in the “Christmas Quarantine”.

That, according to popular parang soca singer RemBunction, is the best and safest way to celebrate this yuletide season.

RemBunction (Roland Yearwood), has infected the airwaves and social media with his positive, comical messages in the wake of the Covid-19 global pandemic. And while the two offerings have won him plaudits among his growing fan base, he says “Christmas Quarantine (Ah Love It Inside)” and “Cyber Parang” are simply examples of a musician reflecting the times.