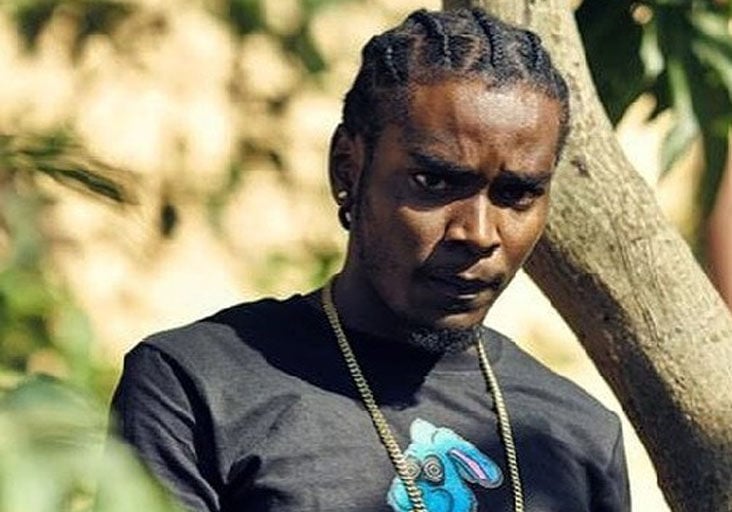 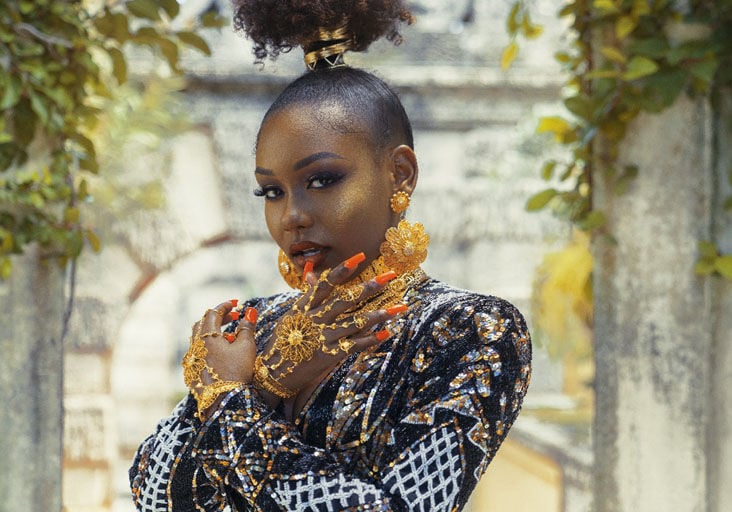 Nailah Blackman and Medz Boss are proving right the saying less is more.

Nailah and Medz (Joseph Ollievere) “Say Less” on the Bad Summer Riddim is currently the hottest song on the island. The video project for the track has already amassed nearly a million views. But more importantly, the soca meets dancehall anthem has bridged a gap between the traditional mainstream and evolving emerging underground sound of Trinidad and Tobago.

Nailah said with the significant emergence of the local dancehall movement it was only fitting her first dancehall collaboration be with a local act. She has collaborated with dancehall princess Shensea on a few soca influenced pop tracks including “Badishh” and “We Ready (Champion Gyal)”.

“It was very cool and unique for me because I’ve never done a dancehall before and I always thought my first dancehall would’ve been with a Jamaican as I’ve done many Jamaican collabs, so when I saw this whole new movement of artiste coming out of Trinidad and Tobago I needed to show that support,” Nailah told the Kitcharee last week.

She acknowledged that the Trinidad movement has received harsh criticism for its often violent and sexually charged content. She however maintains that art must be allowed to reflect the reality of life and challenged all those uncomfortable with this specific reflection to help change that aspect of Trinidad and Tobago’s reality.

“Music is art and the content of that art is determined by the artist. The music is predominantly violent because that’s the life some of these youths were forced to live and I personally don’t see anything wrong with singing your truth. I don’t promote violence but I support art. And I believe that if these artistes were brought up in nicer circumstances that probably wouldn’t be the content they produce. It’s all our jobs to help change the reality of what it means to live in Trinidad and Tobago,” Nailah reasoned.

Medz Boss admitted to being initially surprised to receive Nailah’s invitation to work together. Once they got in the studio, however, the musical chemistry was real, his manager Giselle Gellineau-Penrose revealed.

“He was a bit shy at the beginning because first time working with a soca artiste he didn’t know what to expect; he didn’t know if they would have meshed. But things just fall into place, they were vibsin, they connected from the get-go and that was it, that was history,” Gellineau-Penrose said.

Gellineau-Penrose has stood at the forefront of the Trinidad movement and is in no small way responsible for its success. The talent manager-cum-music producer said Nailah’s willingness to connect with the movement is the ultimate endorsement that they are making the right moves.

“Internationally we are getting there, but it takes work and we have to watch our content because positive content makes it mainstream not the gun violence aspect of the music. And I mean, there are positive aspects to our music,” Gellineau-Penrose said.

Nailah, meanwhile, said she, like all creatives, has had to adapt to the “tough but manageable” reality of the pandemic.

“It has been very tough but it’s manageable when you trust in God. He is so important at this time. I’ve still been doing online performances, I haven’t been travelling as usual so I have a lot more time to create and to diversify and deal with my personal life,” Nailah revealed.

The soca princess said despite a lack of physical connection there is space for musicians to touch fans in the virtual realm.

“Social media is the door to the outside world. I’m making sure to keep on releasing content and doing online shows. It will never be the same as a live connection with an audience, but some is better than none,” Nailah concluded.

A true Irish steakhouse in Caroni

By calypso our stories are told, virtually

During October calypsonians the world over celebrate Calypso History Month (CHM) and the Trinbago Unified Calypsonians Organisation (TUCU) usually has a quite active calendar of events, beginning in September and running through to November. This year is, however, much different and for the first time since TUCO introduced CHM.

OUR local zoo is not only home to animals such as large cats, giraffes and an array of beautiful birds, it also houses several monkey species, including our planet’s largest type—the mandrill.

Reflections of a Trini traveller

WHEN Lasana Philbert was ten years old, he started tinkering around with poems. The more poetry began to burst out of him the more he began to flex his writing muscles.

Creating on a cloud