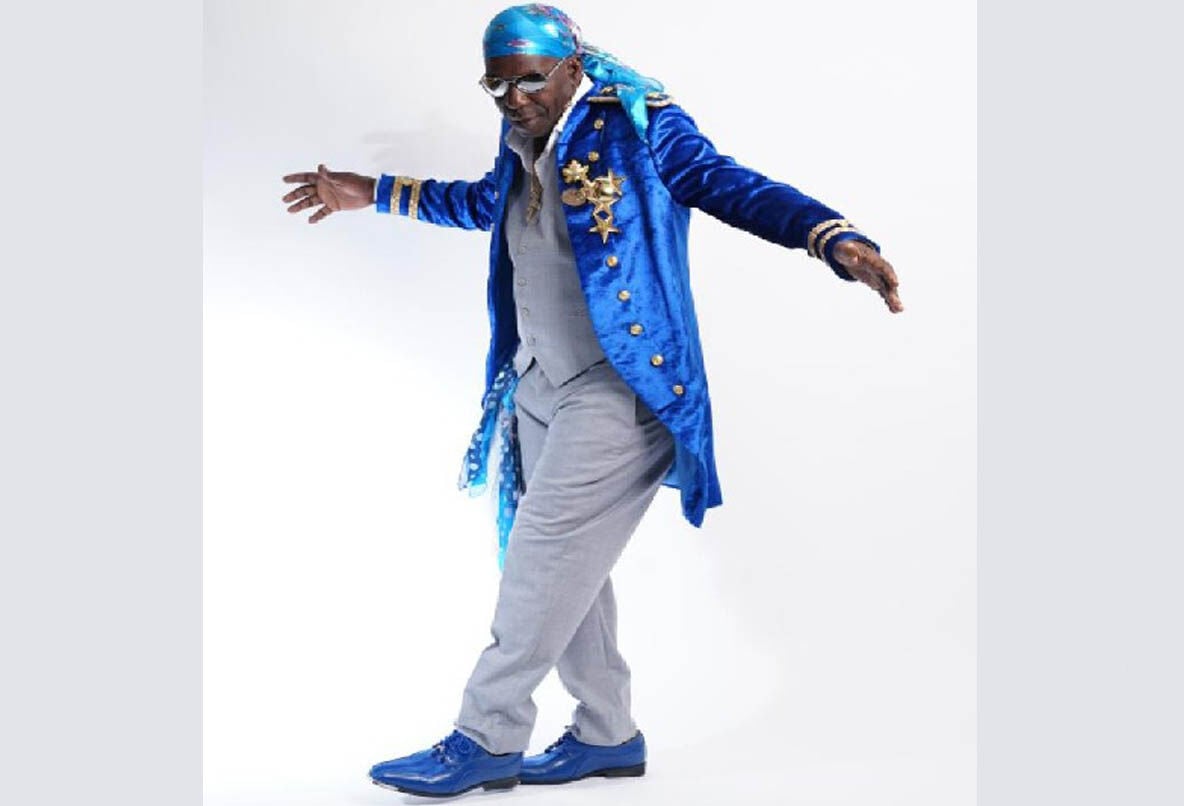 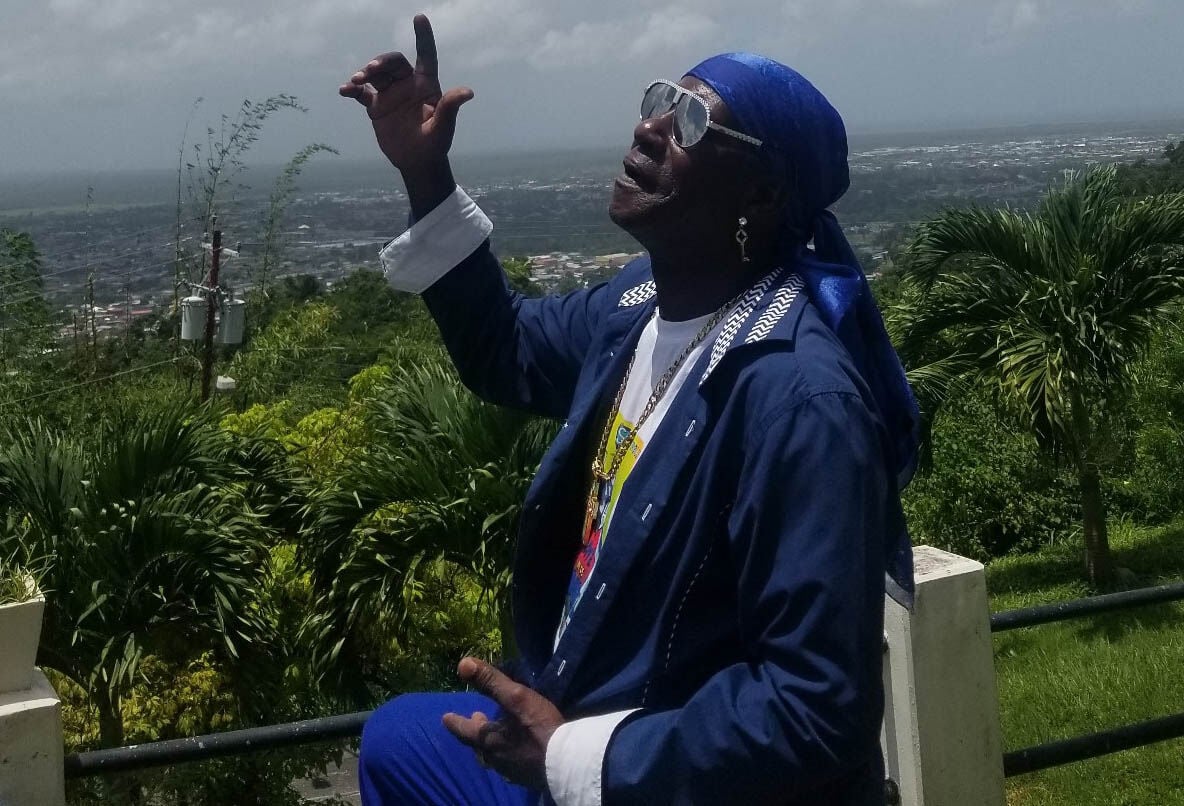 That’s the reassuring repetitive refrain from music icon SuperBlue (Austin Lyons) to soca fans the world over, navigating the restrictions and limitations of everyday life, during the global Covid-19 pandemic.

Blue urges his “family, friends and fans” to be “each other’s keeper” in the Carl “Beaver” Henderson-produced jam “Love in de House”. He says the song represents “responsible writing” with “the right messaging” to keep “those special to me” safe.

“I’m trying to write the songs taking into consideration I have family, friends and fans to attend to. Dem special to me because they are the ones that make SuperBlue and as a kaisonian it is my responsibility to inform, educate, entertain and heal,” the veteran entertainer told the Kitcharee during a WhatsApp call on Friday evening.

Working with Beaver was “a joy” Blue said. It is the first time the two long-time friends have been in studio together. Sending their finished product to “the magician” Martin “Mice” Raymond he said turned a good track into a great piece of work.

“Beaver celebrating 50 years in music, yuh know. He producing, arranging, he was a part band owner (Fireflight), he run de route, he know all de ups and down of music. We work together before but not on this level. We know what we wanted so working with him was a joy to see where he take the song and bring it to this, I have to say thanks. And when we send de song to the magician Mice we knew this is de song. Is true Love in de house,” Blue said.

The Point Fortin-born performer, who is celebrating 41 years of music making this year, said all music creatives on the island must adopt this awareness and mindset when heading into studio to create new content. The ten-time Carnival Road March winner urged writers and composers to create music to “gladden de hearts of de people”.

“Everything we do now has to be done with caution. We cyah jam and wine and jump and get on again. We have to take into consideration the time and write songs for that. The writing has to change; in fact in done changed already.

Protect them (de people) so we all could function. Make dem smile and try and gladden dey heart. Dat is what I tryin to do. I’m not God so I can’t make everybody happy, yuh hear, but I’d try my best to make as much people as possible day better,” he said.

When asked to revisit his musical debut in 1980, Blue laughed through the memory of how he started his singing career.

Working as “an able- bodied sailor” he recalled having to receive a mandatory vaccine before being sailing to Santo Domingo to deliver a ship. Upon arrival he realised he had forgotten his documentation detailing his vaccination back in Trinidad. He was forced along with the ship’s captain to remain aboard as the vessel docked in Dominican waters.

“We try to sneak out to drink and ting with the girls on de island and they lock we up. I spend about four days inside. While I was in dey I say I eh doing this work again, I going and sing kaiso. They laugh at me. But I start the verse to ‘Soca Baptist’ right dey.

“From de lock up they took me to de airport and send me back Trinidad. Ah went back on the docks in Sea Lots, where I was working and I say I doh wha no wuk again, I goin and sing kaiso. They laugh at me again, but I sit down right dey and finish write meh song. The rest is the history,” Blue said through more laughter.

“Soca Baptist” won him his first Road March title in 1980 and the hearts of the people. In addition to his ten road titles, Blue went on to claim seven International Soca Monarch wins.

The decorated entertainer said it is amazing to see his life come full circle as he is now once again required to take a vaccine mandatory to travel to international gigs.

“My mother used to tell me things and now for the last three years it coming to pass. Forty-one years later I in de same boat. I have to take my vaccine to go Canada and London. But wha yuh go do? I have to fly to spread the word,” he chirped.

Blue said while he would love to see a return to “Canrival as we know it with pan and mas and ting” he is fully aware our present reality does not allow it now. He urged Carnival lovers in T&T and abroad to “hold ah lil strain”.

“A lot of people depend on it (Carnival), but at the same time yuh have to break the news to people gently. He (Prime Minster Keith Rowley) doh want to break people heart, dais why he eh saying nothing yet. But it eh looking like we could have no Carnival,” Blue mused.

The entertainers of this country could, through their music, “take away” some of that strain, he said.

“As the elder, even though I have young fans too, I know all they need is encouragement. Yes, you want to sell records, CDs and have a number one songs, but you still have to take into consideration the time we in and keep de people safe. Don’t be careless with yuh writing and lead dem wrong. We the writers know we have ting to attend to and care for our fans and give them musical tonic,” he said.

It is that very people-first mentality that has endeared SuperBlue to his legions of fans for over four decades. He insists, however, he is “not special” and simply wishes to continue to “give gits from the heart”.

“People call me special eh, but I not special. Is the art form from Trinidad and Tobago that special and I am honoured to be a part of it. This is a gift from my heart to Trinidad and Tobago, the Caribbean and world,” Super concluded.