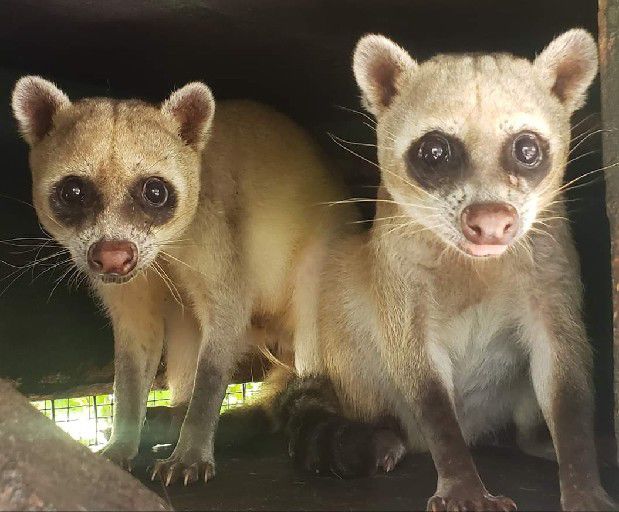 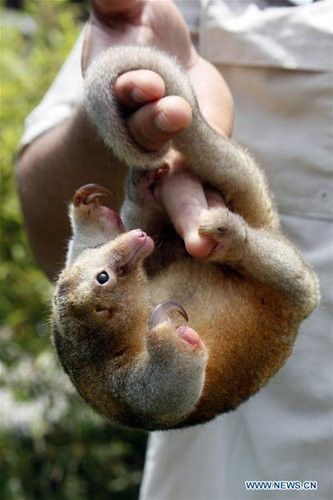 Did you know Trinidad and Tobago has a high diversity of wild animal species when compared to other Caribbean islands?

Our country was once connec­ted to the South American continent. For this reason, the types of wildlife which inhabit T&T are similar to those found on the mainland.

After our two islands separated from this landmass over time, the species which remained here evolved further and gave rise to the variety of wild animal types. Some species are even endemic to our country, meaning they are not found anywhere else on Earth.

In our small island state, our local ecosystems, including rainforests and mangrove forests, sustain the lives of many types of mammals, birds, reptiles, fish, amphibians, insects and other invertebrates. These habitats not only provide food and shelter for animals but are places where they can breed and nest.

The ocelot, boa constrictor, spectacled caiman, black-eared opossum, agouti, red howler monkey, green iguana, red brocket deer, blue and gold macaw and channel-­billed toucan are some of the popular forest dwellers known by locals. Here are some of our native wild animal types which are not so well-known but play critical roles in our country’s ecosystems.

Often mistaken for a snake, this species has no legs and moves in a similar motion to that of a worm. The head and tail of this animal look alike, which is why it earned the nickname “two-headed snake”. It has a segmented body and lives underground. This legless lizard is non-venomous, comes in a variety of colours and can sometimes be spotted in our gardens when it comes above ground.

An inhabitant of the Caroni Swamp, this mammal species, as implied by its name, enjoys eating crabs. Being an omnivore, it will also consume fruits, as well as crayfish, oysters, clams and small amphibians. It has a bushy, ringed tail and mask of black fur around its eyes. It is arboreal and has adapted to move easily in trees.

Also a resident of the Caroni Swamp, this anteater is one of two anteater species found in Trinidad—the second called the lesser anteater or southern tamandua. The silky anteater is the smaller of these two anteater species. It is nocturnal by nature, spends most of its time in trees and can be found in a curled position while sleeping. The diet of this little anteater comprises mainly ants, but will also feed on termites and beetles. Many locals refer to this animal as the “poor-me-one”.

This little frog species is native to Trinidad and measures about one inch in size. It is found along shaded, shallow and slow-moving streams. The diet of this local amphibian includes insects while the tadpoles of this species feed on algae and leaf litter.

Have you heard of this local crab living on our mountains? These crabs are found in forests at high elevations, near fast-flowing streams. Here, they would feed on fish, fruits, fungi, insects and plants. The brown body colour helps with camouflage.

This animal is locally referred to as “zange”. It has an elongated body which generally reaches lengths of up to 20 inches (51 centimetres). It can breathe both in and out of water. During hunts at night, it will feed on fish, spiders, insects and frogs. This animal can sometimes be found up river of large waterfalls and sometimes in canals near our homes.

Many times when this bird is sighted, people often think it is a baby owl. In fact, the adult version of this bird type has a size of about 15 centimetres. Like other owl species, this little bird plays an important role in the environment as it helps control animal populations, including insects, lizards and small mice. Many times, pygmies can be spotted on trees near our homes.

Yes, tarantulas are found locally—speci­fically the pink-toed tarantula. This arachnid loves inhabiting forests and sometimes finds its way near urban areas. It has a leg span of almost five inches (13 centimetres) and is mainly black in colour, with pink colouring at the end of each leg. This species hunts vertebrates, including mice, lizards and frogs at night.

Seven first-time finalists, four of them competition newbies, are among 12 set to face defending champion Alexandra Stewart at the First Citizens National Poetry Slam on Sunday.

The Poetry Slam has traditionally been one of the most anticipated showcases of the recently concluded NGC Bocas Lit Fest.

From discovery to republic

A piece of coastline off the beaten track: islets, arches, caves and stacks stand as fortres…

The only way forward

The Region of the Americas made major advances in expanding access to health in 2019 but faces new challenges in 2020 as a result of the Covid-19 pandemic, the Director of the Pan American Health Organisation, Carissa F Etienne has said.

Surf Therapy to the rescue

BEACHES may be off limits for now but the surf therapy programme offered by the NGO Waves for Hope continues as usual. Surf Therapy Trinidad, which was founded by professional surfer and surfing instructor Chris Dennis and his wife Manuela Giger, combines surfing with therapeutic activities.