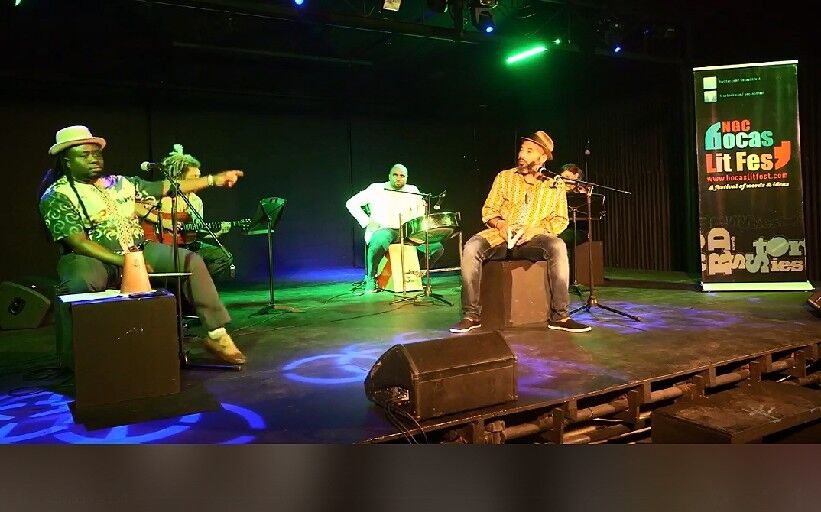 CARIBBEAN TALENT: One of the Bocas Lit Fest events featuring Anthony Joseph, who wrote a biography of Kitchener. 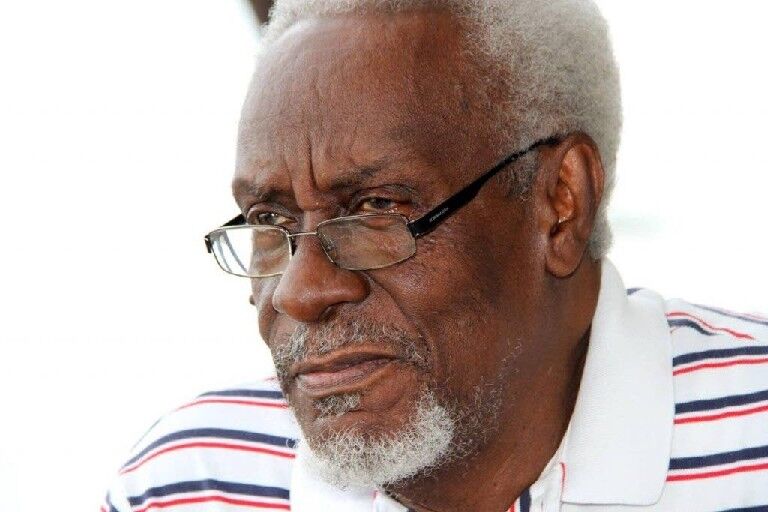 CARIBBEAN TALENT: One of the Bocas Lit Fest events featuring Anthony Joseph, who wrote a biography of Kitchener.

A nation’s leader must be willing to listen to the people and maintain good relations with colleagues and political foes both home and abroad.

So advised former Jamaican prime minister Percival J Patterson when he sat on an open discussion of Caribbean leadership, on Saturday morning, during the virtual staging of the Trinidad and Tobago Bocas Literary Festival.

Titled “A Question of Leadership”, the exchange was chaired by former director of the Institute of International Relations at The University of the West Indies, St Augustine, Andy Knight. It also featured former foreign minister and attorney general of Belize Godfrey P Smith and Professor of Caribbean Studies at New College and director of Women and Gender Studies at the University of Toronto, Alissa Trotz.

The tenth edition of Bocas Lit Fes was staged virtually on Facebook and YouTube, on the weekend, due to ongoing restrictions of the Covid-19 global pandemic.

“You must have a willingness to listen, to hear, to understand what people are saying and not always be telling them what they should do or what they shouldn’t do. Because unless there is an acceptance in the country, which subscribes to democratic society, you’ e going to find failure in the acceptance and execution of important policy,” Patterson said via a live feed from his living room in Jamaica.

Knight, a past chair of the Department of Political Science of the University of Alberta (UA), Canada, challenged the esteemed panel to not only comment on contemporary Caribbean political leadership but to also offer solutions and advice in wake of the Covid-19 global pandemic.

Learn from the fall

Patterson, 85, said it is imperative that present-day leaders learn from the biggest mistake of their predecessors that effectively cost the region a united federation.

“Indeed one of the reasons for the collapse of the Federal experiment was that (Jamaican PM) Norman Manley, (Bajan PM) Grantley Adams and (T&T PM) Eric Williams, all of whom had been educated in their time in the United Kingdom, started off with a respect and friendship, but that deteriorated through the years.

“They were hardly in communication with each other. I learnt from that the imperative of developing relationships with my colleagues as politicians, whether we shared the same ideological outlook or not. I also appreciated the role of the Opposition. So that when Governments changed in particular countries we were not left out in the cold in our relationship with them,” Patterson said.

Smith, the author of The Assassination of Maurice Bishop, a poignant look into the violent civil unrest in Grenada during the 70s, agreed with Patterson that good relations between heads of states is crucial to presenting a united regional front on the international political stage.

“I think PJ provided the perfect connection when he mentioned the value and importance of cultivating personal relationships, whether the divide is ideological or racial and we saw recently in Guyana and the violence that ensued,” Smith said in reference to Guyana’s recent election.

Who is at the regional table?

Trotz, meanwhile, confronted the “one Caribbean” rhetoric of the two former politicians, asking who exactly are the “chosen ones” to take the Caribbean forward.

The Canada-based educator said despite talk of all-inclusive governments the region is still plagued by hierarchical leadership.

“With all due respect the PM (Patterson) discussion for the need for consultation, the need for participatory governance and inclusion we are still living with the legacy of the deformed model of a hierarchical relationship between the rulers and the ruled, or the leaders and the led. Even saying it in that way should ask us to take a closer look at what it means to be Caribbean in the contemporary world today.

“There is a lot of, as we call in Guyana ‘hard earness’, going on right now. But I think it’s really important, as the late Jamaican economist Norman Girvan described it, is the urgent need to democratise politics in the Caribbean,” Tortz said.

Trotz, who is also an affiliate faculty at the Dame Nita Barrow Institute of Gender and Development Studies at UWI, Cave Hill, Barbados, said in face of the ongoing global Covid-19 pandemic and the continued threat of climate change the time is at hand for the Caribbean to present a strong unified front on the global stage.

Knight, who is currently Professor of International Relations in the Political Science Department at the UA and a Fellow of the Royal Society of Canada (FRSC), asked Smith and Patterson to respond to Trotz’s impassioned rally call.

In response Smith noted the transition periods of the Caribbean from the anti-colonial struggle to the post-Independence struggle for economic viability and to find economic models that work. Since then Caribbean leaders have unfortunately largely accepted global policy instead of try to influence it, Smith said.

“Regrettably, it seems to me, certainly within Caricom and perhaps beyond, that leaders have thrown up their hands and simply accepted ‘look we’re in the United States’ backyard, we can’t question any of these policies that may not be working’ and they just follow,” Smith said.

Smith said the pandemic has left every economy with unique challenges and can be an opportunity to implement a new approach, saying: “I think the time has come to look at how we use this opportunity of the Covid crisis where everybody is facing difficulties to take a hard look at structures.”

Patterson agreed, saying the region’s leaders “must be present at the (global) table and have our voices heard”.

The region must stand together

Patterson pointed to a report entitled “A Time for Action”, which was presented to Caricom during his time as PM of Jamaica, as a viable actionable road map, saying: “There is no need for any further study. We have exhausted all options. It’s time for a reflection of the political will to put that enforcing machine in place.”

Patterson warned that regional governments should be cognizant of the harm they do the region when they act individually with international trade blocs.

“The EU recognised how effective we were as a single bloc and they proceeded to try and break up that solidarity by dealing with separate blocs which deprived us of the collective strength we enjoy and, quite frankly, that was a fatal error on our part.

“In my book I speak about our Caribbean village in the global space. I have already spoken on the instance of a new negotiation for a new world order we must be present at the table. And we must not allow ourselves to be marginalised any further.

“In the intervening years, there have been a deliberate attempt to split us and I’m afraid to say it is happening in Caricom in the difference of our approach in relations with Venezuela. More so now there is an interest in a commodity that is found in abundance in Guyana. It would be a serious difficulty to achieve our objective if we allow ourselves to be fragmented,” Patterson said.

Patterson said by working together the countries of the Caribbean can solve all their problems.

“The greatest thing that concerns us is climate change because we all deal with natural disasters. We all have to deal with Covid and address the question of external debt. Too many of our leaders are concentrating purely on the domestic problems without recognising the extent to which collective action can help us to deal with the difficulties that we face,” Patterson concluded.

Over the last few weeks, I’ve noticed that within my clinical practice persons are seeking therapy for increasing amounts of anxiety. Yet, this is understandable. Each of us is dealing with the very real challenges of the serious widespread pandemic: the Covid-19 coronavirus.

Lion Twin score with a ‘Pull Up’ jumper

A show that takes your favourite entertainers out of their comfort zone and throws them into new musical zones.

“I’VE got a taste for a simple love...gimme all the things money cannot buy,” sings multidimensional singer Stef Kalloo in her new release “Lovestruck Renegade”. The track’s laid-back island vibe, is a departure from the scintillating music Kalloo has released in the past, but that shouldn’t come as a surprise to her fans. The free-spirited artist and fashion designer, has been known to march to the beat of her own drum.

A virtual staging of Trinidad Carnival should not be viewed as a replacement for the annual festival, says promoter Randy Glasgow.

For close to a decade YouTube channel Julianspromos has been the go-to destination for all new soca music releases.