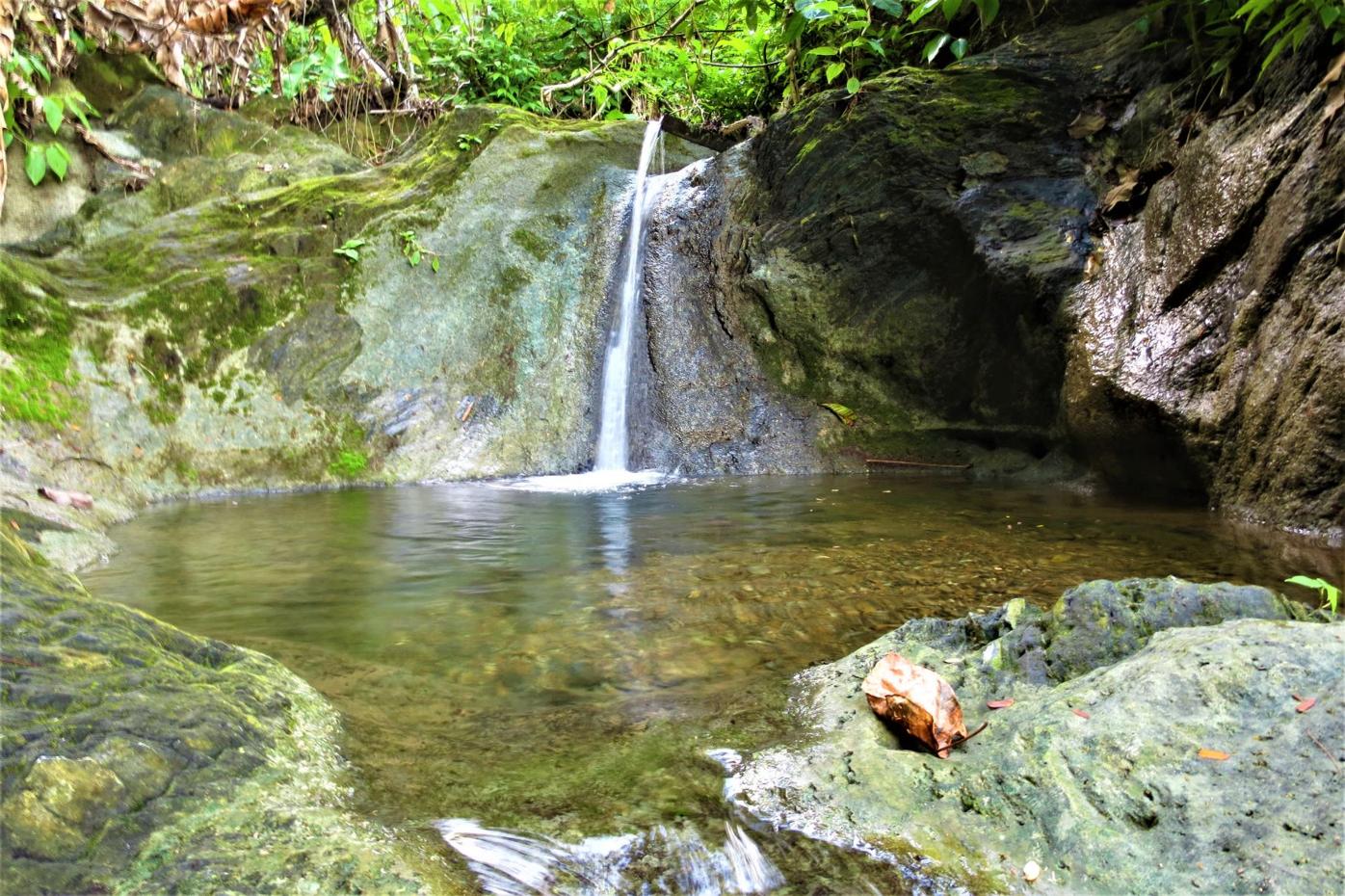 A cascade on the way to the abandoned village of Manantial 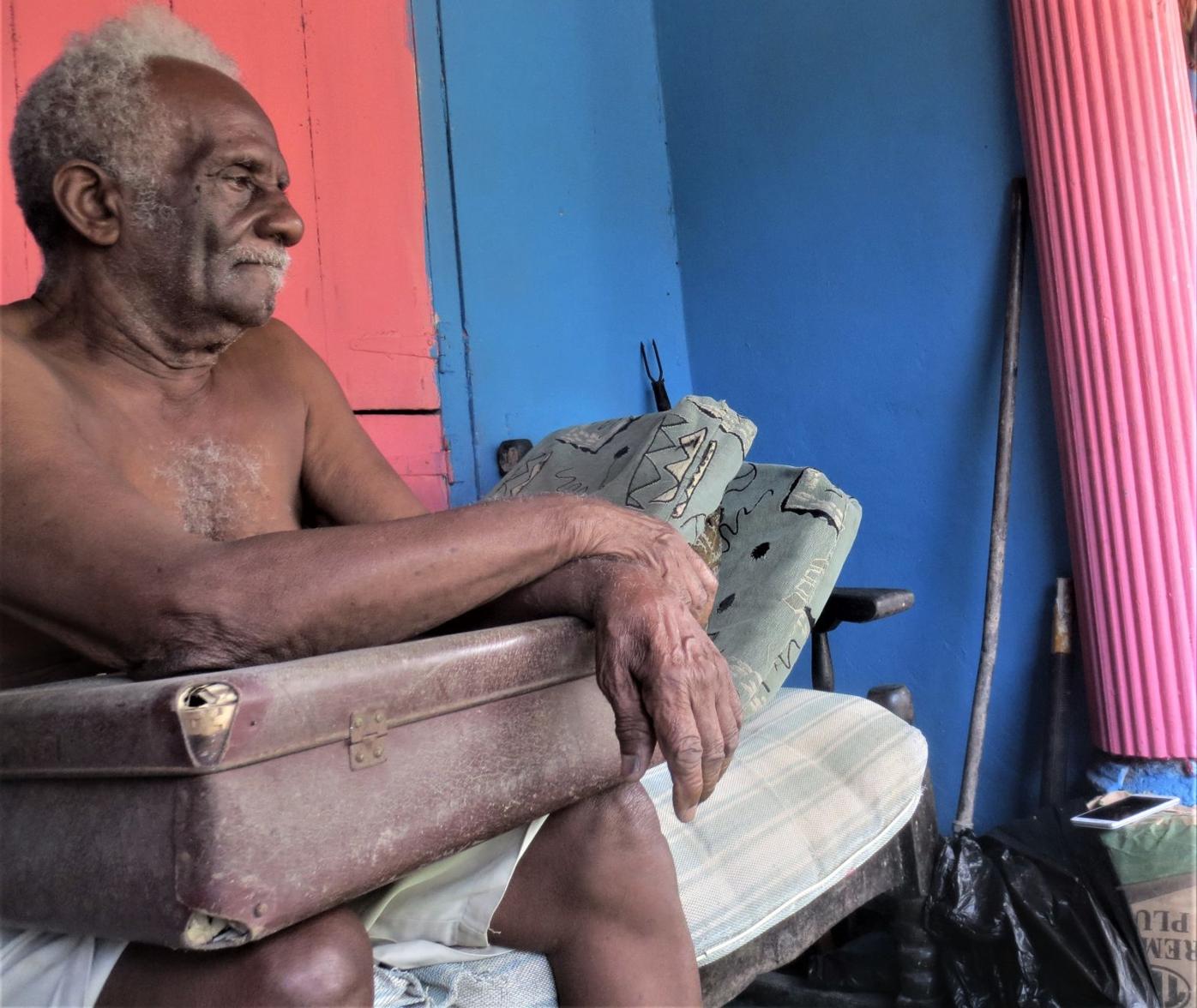 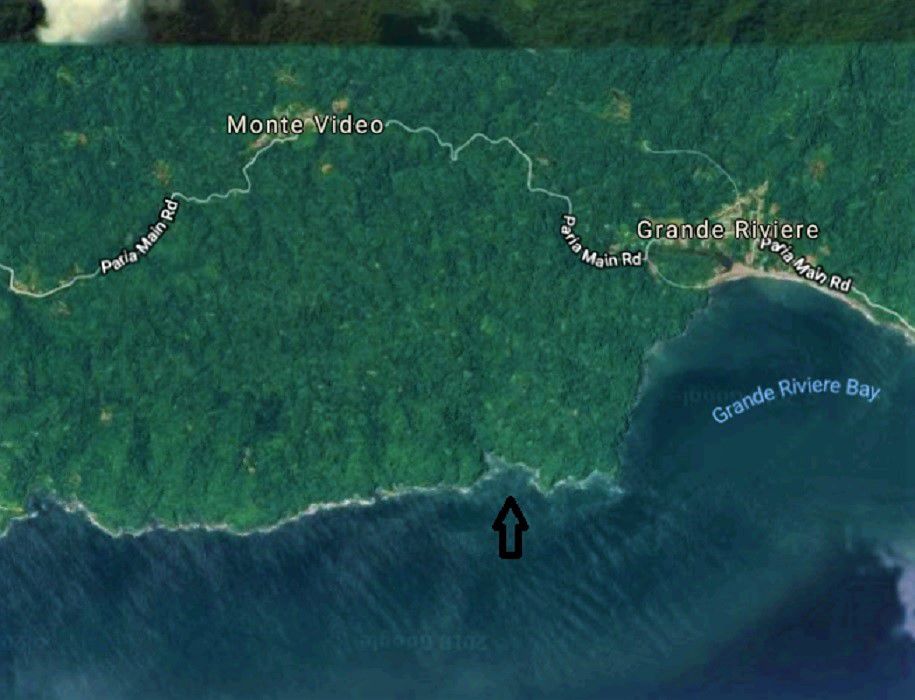 The arrow points to the location of the abandoned village 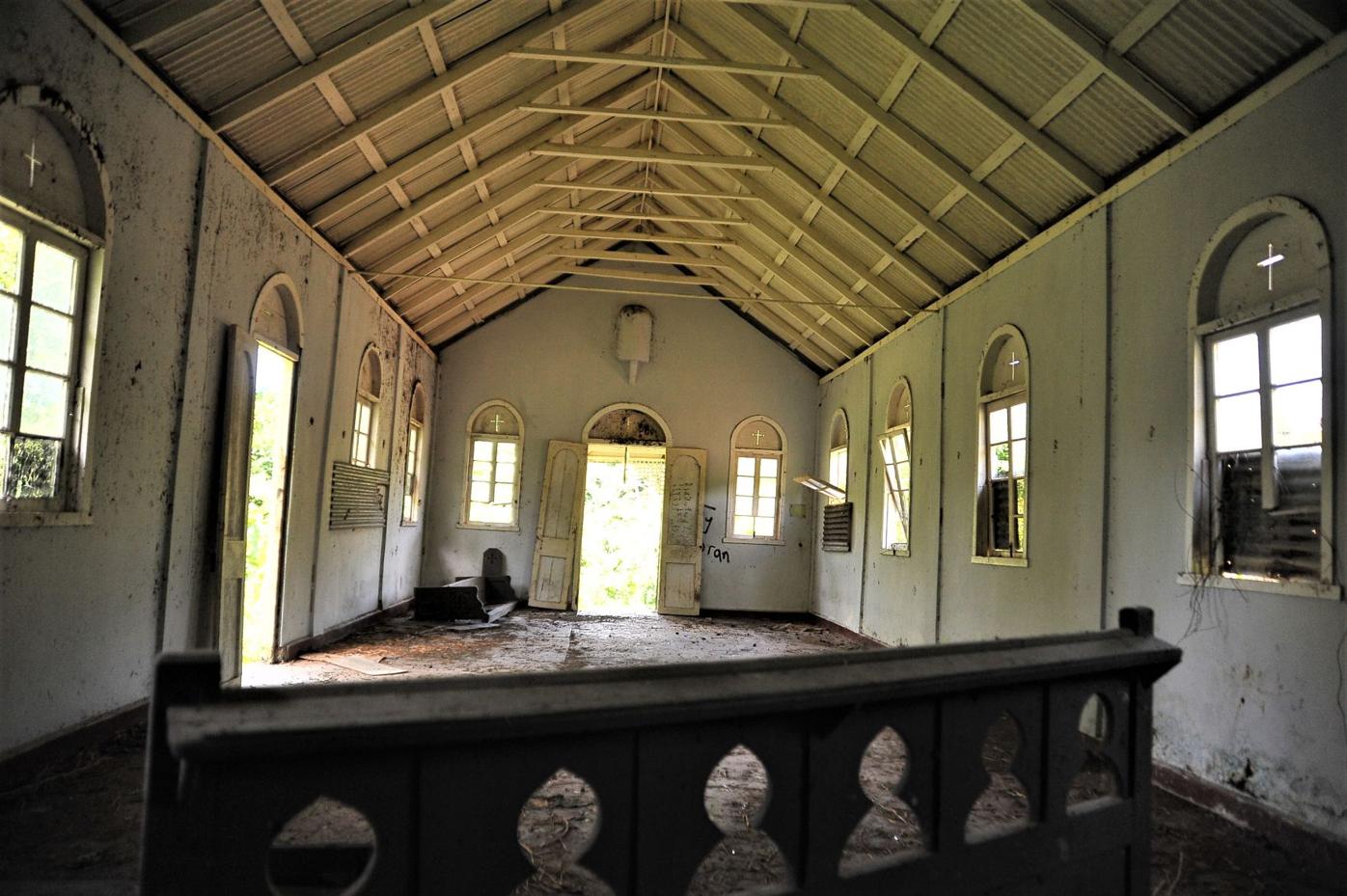 The abandoned church in Monte Video

THERE was once a village in 19th century Trinidad called Manantial.

It sat in a valley opening to the north coast.

The homes were week-long projects of wood and carat leaves.

The hunters most always returned with meat, and the fishing was easy.

Plantain and provisions grew like weeds. The weed grew too, plentiful and potent.

The mountain ravines were the washtubs and bathing pools of the people.

And the spring that gave the place its Spanish name, provided clean water.

If they survived malaria, yellow fever and dysentery, some lived long.

It was a village born to support the cocoa crop.

The residents were Venezuelan migrants, descendants of the African enslaved and what blood remained of the decimated First Peoples.

They worked estates that thrived in perfect conditions, and lived and planted subsistence gardens on rented lands.

To get to the closest ‘town’ meant a three kilometre walk or donkey ride under a rainforest canopy to the main road passing through the inland mountain village of Monte Video.

Then there was an even longer journey to Toco, where the bridal trail ended, and where the round-the-island steam ship made a call.

For some of the people here, entire lives were spent along a ten kilometre stretch of this coast.

So you would think the people of Manantial could not get further away from it all.

But the Christian missionaries found them.

The Catholics and Anglicans were already competing for souls on the north coast when the Moravian Church elders arrived.

According to the historical records, unsaved Moravians were discovered in Trinidad, so the Church sent someone over from Barbados to investigate.

The Church found hundreds on Barbadian-born Moravians living godlessly in Port of Spain and fornicating in unwed squalor in Ste Madeleine, where the sugar factory employed many.

And in Manantial, it was reported that: “heathen Chinese conducted a rum-shop (while) in some of the villages there were many Mahometans (Muslims), and many of the natives were still addicted to old African vices and superstitions”.

So the missionaries came, and stations were founded in Rosehill, Port of Spain, Chaguanas, Belmont, Ste Madeleine and Manzanilla.

And in 1896, enough people donated time, money and material to build and consecrated a Sunday school and Chapel in a prominent spot in Manantial, a village whose name was corrupted by the locals to be called “Manantao”.

In attendance that day were thirty adults and twenty-five children.

A house would be built for the teacher and catechist and the school was recognised by the Colonial Government, with the salaries of the teachers paid for by the Board of Education.

As a result, Manantial’s dead no longer had to be carted off to the Catholic graveyards at Mission or Matelot.

They could be churched and buried in the place of their toil.

But despite the State funding, the Moravian Church couldn’t get enough people or their tithes to expand. Some moved away to work on other plantations.

Their children had to labour in the fields and did not often attend.

Estate owners raised the rental prices and those who couldn’t pay were evicted.

An epidemic of dysentery killed some and sickened the young. And worshippers in the nearby village of L’anse Noire built their own Moravian Church to avoid having to foot it to Manantial.

By 1915, the Manantial church closed, beginning a long decline.

We know much of this history because of the memory of Isadore Tenia.

He was the last to leave Manantial.

When he and his mother walked out of the forest in 1963, the village was no more.

Tenia, who turned 89-years-old in July, 2018, is also the last person alive to once live in Manantial.

Today, all that remains is a concrete road sign on the Paria Road in Monte Video, bearing the village name.

Follow the trail, and it will lead you the seafront where the village once stood.

You will see nothing made by man. The vegetation has reclaimed ownership.

But beat back the undergrowth, and you will find the ruins of the church, and a single tombstone fenced by wrought iron railing.

The grave contains the remains of Unalda Miller, the wife of a Manantial’s estate owner who kept a house and supply store there, and operated shops in Monte Video and Toco.

“In the war days (the 40s) it had garden here from the road right to the sea. Three miles across. But now is only forest right across. When I left that place, I was a builder, a carpenter and I also did my gardening. So I had both. But I didn’t have a wife. Two sons, yes, but I didn’t make time to marry”.

Instead, Tenia became a bush man, spending days at a time on the hunt when not constructing village houses, some if which still stand today.

“It was a good place to grow up. I and my mother were the last to move out. People didn’t have a choice. The place was dying. And when we came this side to live, that was the end of the village”.

Tenia remembers it all, from the balata wood that framed the house, to the constant booming of the surf against the rocks where he often spent the night fishing, of his special relationship with famed local artist and fellow mountain man Marcelio Hovell, and of his love affair with the now deceased ‘madam’ Rosanne La Rosa.

But Tenia will never see this place again.

Note: Richard Charan is CCN's Multimedia Editor. You can reach him at richard.charan@trinidadexpress.com