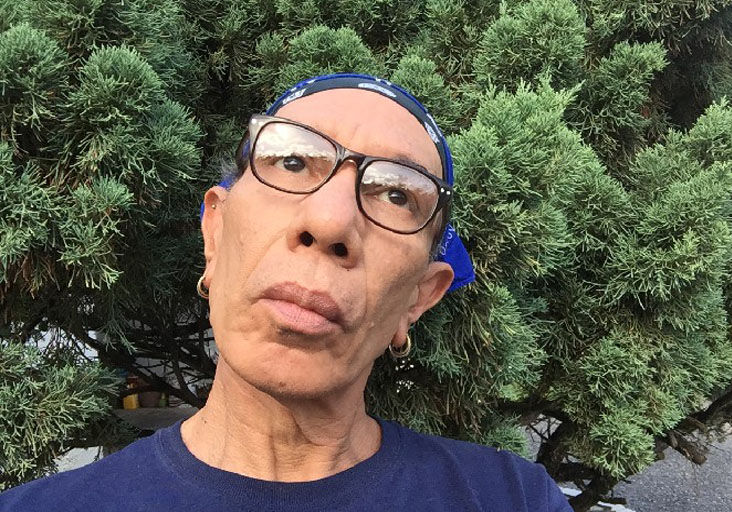 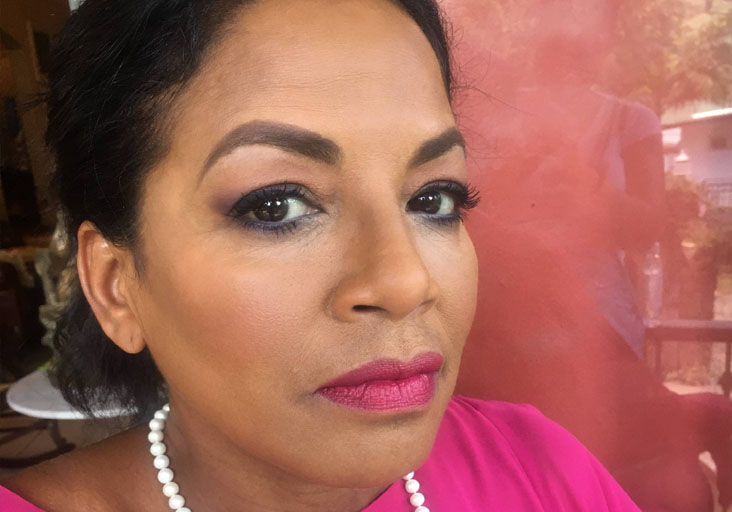 The Scrubbing Bench, a production by playwright and director Mervyn De Goeas could have sold out to live audiences of avid theatre-goers at any given time, but this is not a typical time. As Covid-19 continues to restrict large gatherings, thespians have been working to bring shows to their audiences via virtual platforms.

De Goeas has been able to gather a group of some of the best in the industry for the LGBT inspired production, which comes in the wake of LGBT Month, an important month for the LGBT community, as it marks the observance of lesbian, gay, bisexual, and transgender history, as well as the history of the gay rights and related civil rights movements. Its significance is tied to National Coming Out Day, observed globally on October 11.

The Scrubbing Bench was written on a grant from Trinidad and Tobago Film Company in 2011.

De Goeas recently spoke to the Kitcharee about how he has been able to adapt to the “new normal” and about the production, which features actors Stephen Hadeed, Jr and Kemlon Nero, Michael Cherrie, Natacha Jones, Cecilia Salazar, Eric Barry, Sean Edghill (director of photography), Tonya Evans (production manager) and Paulla De Souza (hair and make-up).

“This is the script I’d written in 2011 when I had been awarded my third writing grant from the Trinidad and Tobago Film Company, now FilmTT. Back then, there really weren’t that many people who were writing about the topics that interested me. My first film script was a Bollywood-styled musical about spousal abuse and this was going to be about LGBT issues. I guess they just felt, ‘Well, okay. Let’s see where he goes with this one.’ Nine years later and here we are.

“People who know my work and who’ve followed my career know that there is no one type of storytelling to be expected. I’ve worked on plays that deal with topics as diverse as apartheid in South Africa to Nazism and the Holocaust to rape and a ton of stuff in between. During my career, I’ve been awarded the National Drama Association of Trinidad and Tobago’s (NDATT) Cacique Award for Best Director a record five times. More than anybody else. And the plays that I won for dealt with themes as varying as what moves and motivates Caribbean men (MANtalk) to suspected sexual abuse of a minor (Doubt) to stories of women dealing with the consequences of their life choices (3 Women).

“Every year for LGBT Pride Month, PrideTT would ask me to do something. Two years ago, I did the history of LGBT theatre in Trinidad and Tobago. Last year we did an LGBT themed play written by Christopher Rodriguez. It’s a lot of work, but I did it.

“Then the pandemic hit and they asked me if I would do a reading of a play but I couldn’t use anybody else’s play because of copyright. I didn’t know anybody who had anything so I didn’t know what to do. I knew I didn’t want to go on Zoom or on Facebook.

I wanted to do it in a way that we did each of the actors individually and edit it all together and that way we wouldn’t put anybody in danger of catching Covid-19.

“My intended audience is anyone who’s interested in theatre and work that isn’t afraid to step out of the norm.

“I was motivated to see how far we could stretch the boundaries of what is considered “theatre” and how that form could exist in a digital world. Film and theatre could only exist if we all work together. Now with the pandemic, we must work together, but far apart, which wouldn’t have even made sense a year ago.

Covid-19, De Goeas said, has forced him to think outside the box for this production. “It has forced us all to reinvent everything, from how to teach school to how we communicate with each other. Now we have performers working with actors they have never even met. Imagine trying to wrap your head around that in 2018. One good thing, though, is that we got to work with actors who live outside of Trinidad, Canada, Spain, the United States, and even Tobago which, while it’s still home, we can’t get there.

“We have all had to make sacrifices. It is incredible the amount of encouragement and support I got to work with people who I have been working with for years. We shot for 13 days and slowly we began to see the whole thing coming together.

“What Covid-19 has done for us forced us to be creative so we had to find ways to do the things we couldn’t possibly do. Right now, we are in the editing process, and just looking at all the stuff... it’s been a journey.

De Goeas is appreciative of the support he’s received thus far. “I have to say that we are incredibly grateful for the generosity of some members of the arts community. From people who purchased more than one ticket to those who just gave us financial assistance without looking for anything in return. People opened their homes to us, fed us, really took care of us. It’s been an amazing journey. An exhausting one, but amazing, nonetheless. And we could not have done it without our friends in the arts.

“Tickets are available for viewing online for $200. That entitles you to multiple viewings the weekend of its release, and you could watch it with whomever you share your living space. We only ask that people don’t give out our URL and/or password),” De Goeas said.

Tickets are available online at www.suntixx.com

or you can e-mail

Nailah Blackman and Medz Boss are proving right the saying less is more.

Nailah and Medz (Joseph Ollievere) “Say Less” on the Bad Summer Riddim is currently the hottest song on the island. The video project for the track has already amassed nearly a million views. But more importantly, the soca meets dancehall anthem has bridged a gap between the traditional mainstream and evolving emerging underground sound of Trinidad and Tobago.

A shot of tequila in your coffee or a dash of flavoured liqueur in your tea may be exactly what you need to start, or perhaps end, your day.

At least, that’s the thinking behind Gregory Weekes’ popular Spiked Café at C3 Centre, San Fernando. Weekes and his wife came up with the concept of boozed-up hot and cold café beverages after seeing the success of the combinations at coffeehouses while travelling abroad.

Unafraid to step out

The Scrubbing Bench, a production by playwright and director Mervyn De Goeas could have sold out to live audiences of avid theatre-goers at any given time, but this is not a typical time. As Covid-19 continues to restrict large gatherings, thespians have been working to bring shows to their audiences via virtual platforms.

AudioMaze, one of the leading independent world music labels in Europe, and Terrenaissance, an acoustic fusion band from Trinidad and Tobago, announced they have signed an exclusive two-year global distribution and licensing agreement. The signing takes place ahead of the virtual launch of Terrenaissance’s debut EP, Earthology, in mid-October.

Visionary leader who inspired the nation

Chief Servant Makandal Daaga, ORTT, has been one of the most influential leaders ever to have come out of Trinidad and Tobago—a man who was responsible for changing the course of history in T&T. He was born, lived and died on the hills of Laventille, from which he led the National Joint Action Committee (NJAC) and the masses.

International Day for Reparations will be marked on Monday. What does that mean for us in the Caribbean, the birthplace of the triangular slave trade? In an era of the Black Lives Matter movement, we are presented with an opportune moment to further examine this contentious issue.