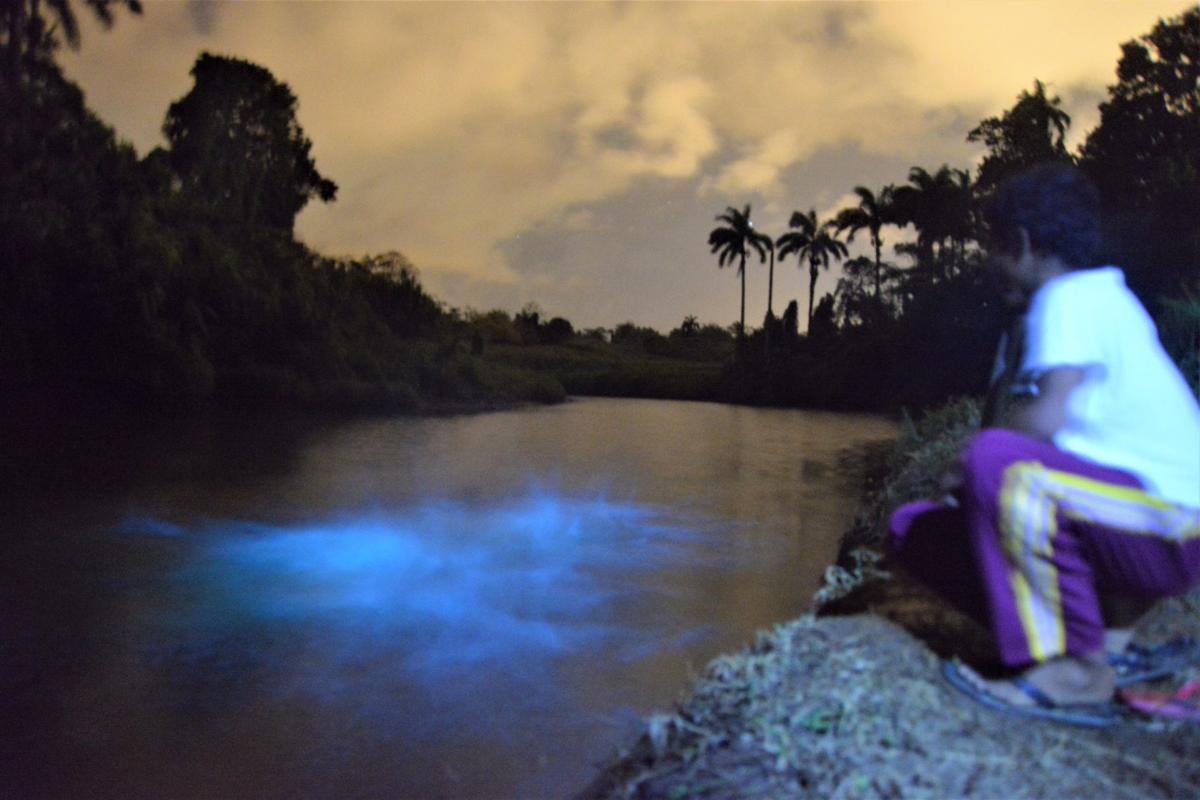 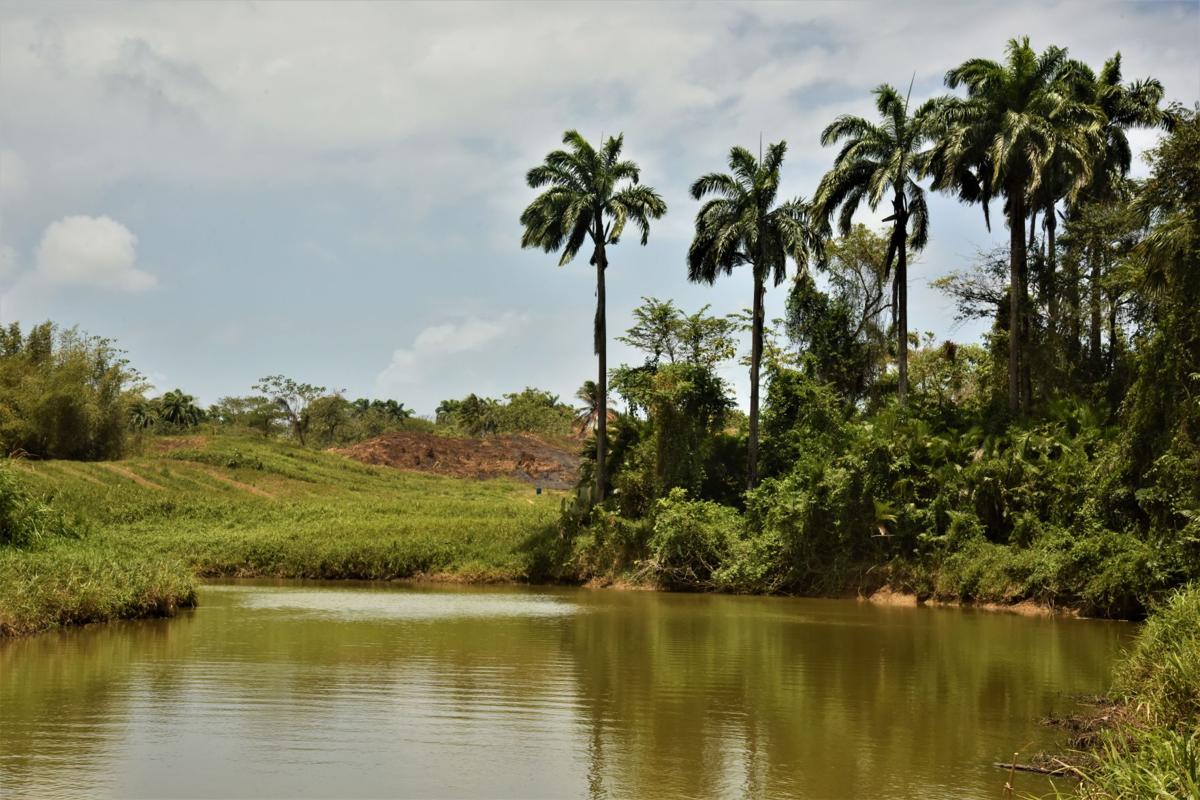 The Ortoire River as it meanders through Cedar Grove, Mayaro. Photo: Richard Charan 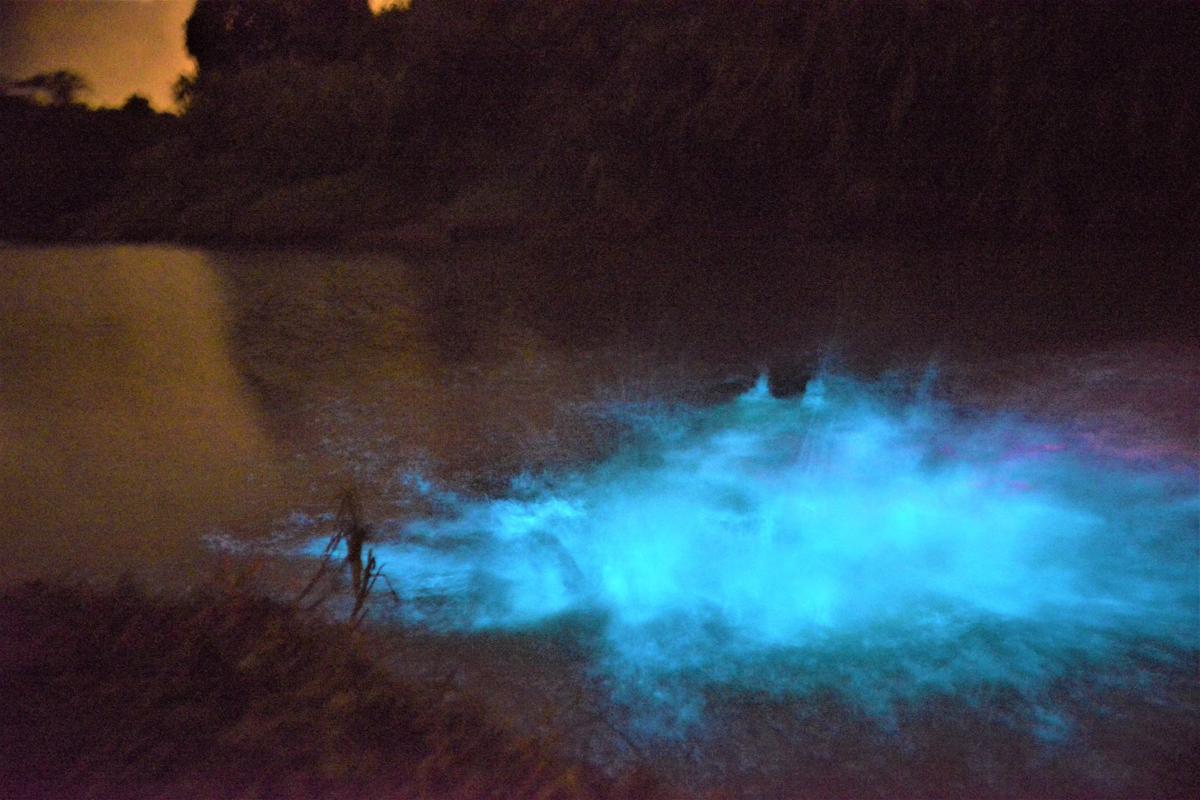 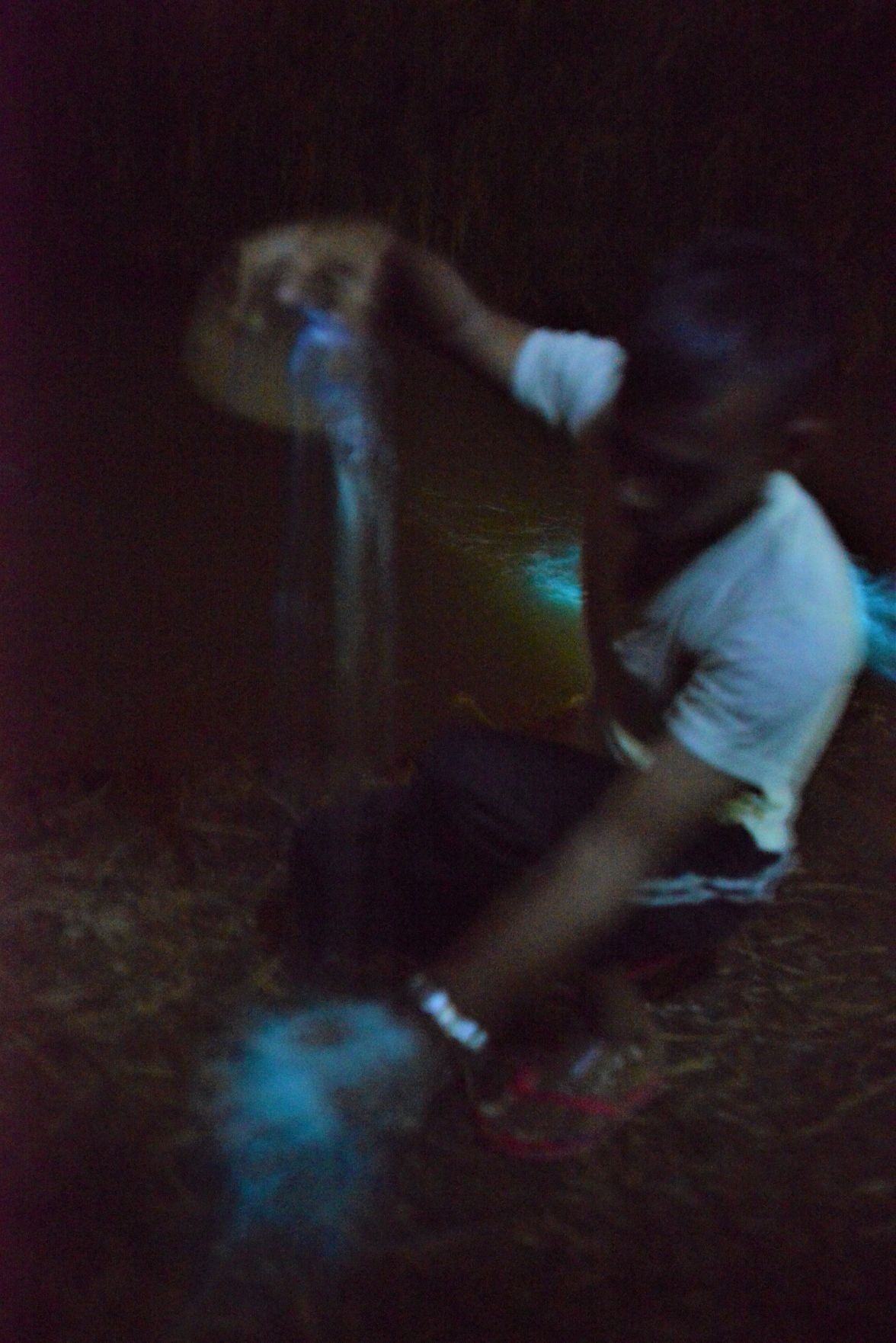 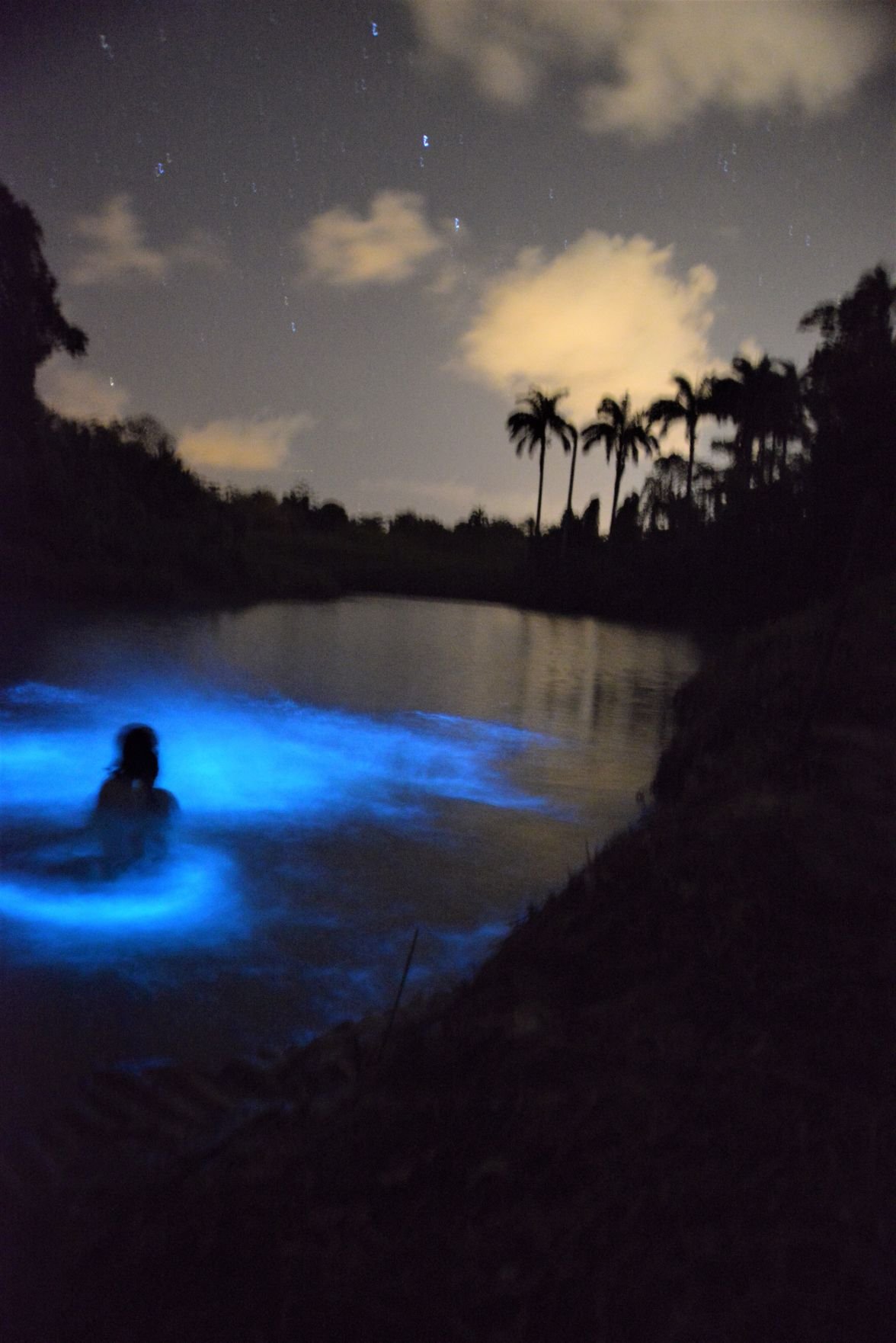 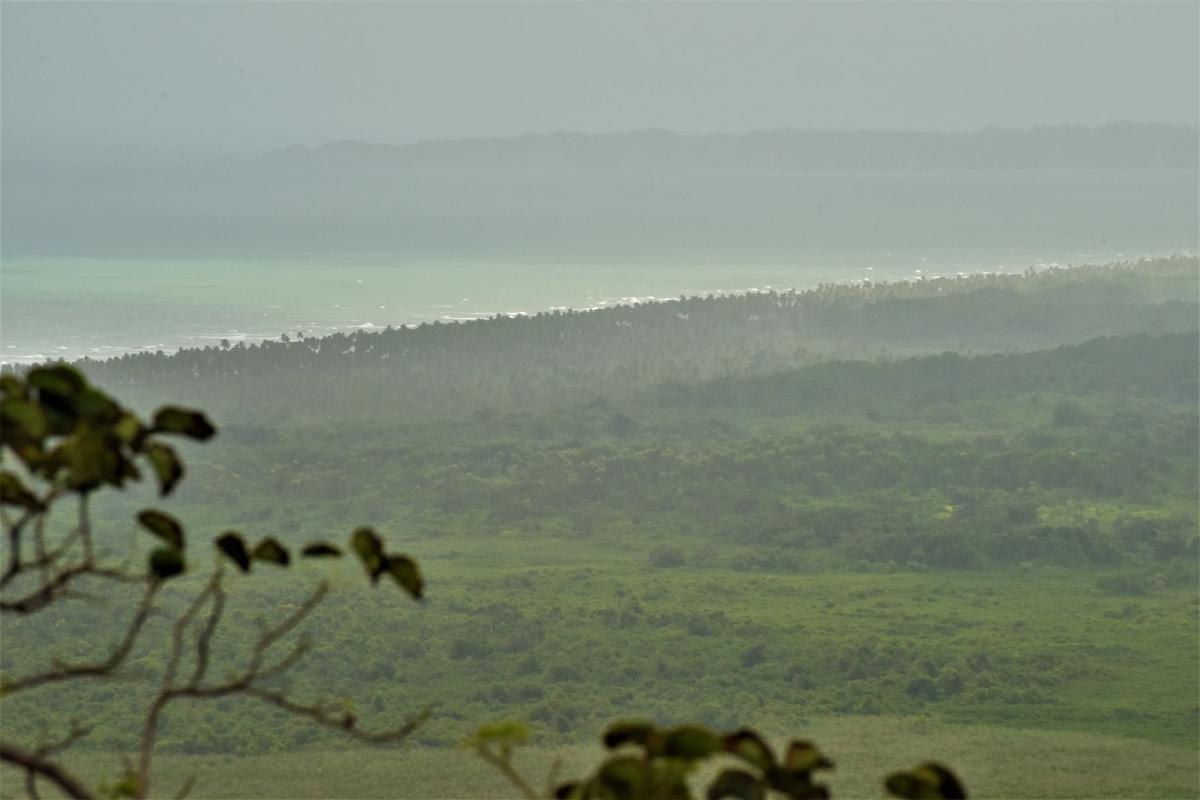 A view of Point Radix near the mouth if the Ortoire on Trinidad's east coast, looking from Brigand Hill, Plum Mitan. Photo: Richard Charan 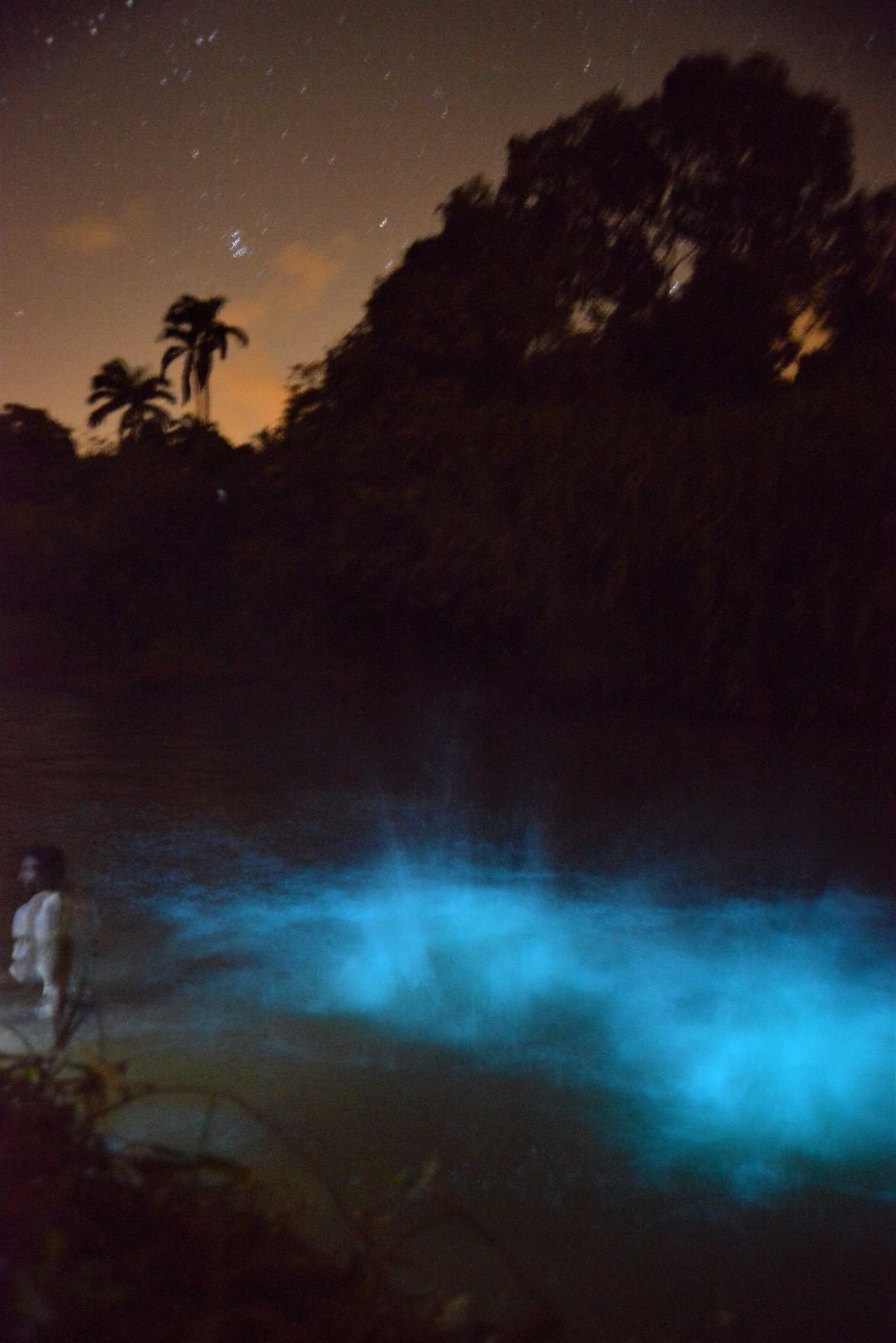 Thousands of years before its European rediscovery, and long before our ancestors came to these islands, by choice or in chains, Trinidad and Tobago was already home to many.

In a time beyond our memory, the Amerindians were settled and living on every coast, walking and canoeing routes that crisscrossed the islands, to forage and fight, building a civilisation that would be exterminated by a wave of conquerors and missionaries.

Among the places settled by the First Peoples was an area near the mouth of Trinidad's longest river that the Spanish named the Guataro, but what would come to be called the Ortoire, its Amerindian name.

The river spills into the Atlantic Ocean on Trinidad's east coast near Point Radix, where once upon a time, the traveller headed from the north could only cross the river by dugout, and later by mule-drawn ferry, in order to get to 19th-century Mayaro and places further south.

A similar crossing of the Ortoire River many kilometres upstream had to be attempted by those coming to Mayaro from the west along what was then a trace (cut in 1850) from the direction of The Mission of Savannah Grande (later to be named Princes Town).

Unknown to all except the intrepid explorer, the Ortoire is navigable for most of its 30 meandering miles (50 kilometres), and drains a sizeable portion of Trinidad's south east quadrant.

To follow it would take you halfway across the island, deep into the forest and past countless tributaries. That the river had been surveyed as early as the 1850s (the headwaters followed all the way to Monkey Town near Princes Town) to determine if it was feasible to develop a “sea to sea” transportation link.

It is also little known to outsiders that the river, which overflowed its banks in 2004 and devastated surrounding villages, has long provided a bounty of cat fish, tarpon (grantiki) and salmon to people living riverside as far back as 1910 along the road which started off as a trail to get to the cedar trees being logged.

But the biggest, most spectacular, secret of all is the one kept by the locals living at Cedar Grove Road which follows the Ortoire River upstream for several kilometres.

The road starts near where the Mafeking Bridge crosses the Ortoire on the Naparima/Mayaro Road.

There is something in the water. Some in the village consider it the work of God. Others have done the research and are equally amazed by the biological complexity of what is happening. When you first see it, it takes your breath away. The mind cannot comprehend what the eyes are seeing. It is something that cannot easily be described and difficult to capture on camera.

In the dry season of 2014, the Express was told of the phenomenon by Pastor Raymond Kawal, who has been ministering for almost 30 years at the Jesus Christ Redepmption Centre located near when Cedar Grove Road dead ends, and the forest begins.

He was surprised it wasn't national news. People had been lining the bridge at Mafeking Village at nights, waiting for it to happen, he said.

But to really see it meant travelling for several kilometres into Cedar Grove Road.

So the Express visited and this is what we found.

The sky was clear and there was no moon. We were taken to a location along the river bank far from any artificial lights, a favoured fishing spot where the catch is so big, you only needed to snag one to call it a day.

The river, mentioned often in author/historian Michael Anthony in his book Green Days by the River, flowed silent and lazily, but deep (five metres or more) at a bend where residents gathered to take in the nightly show.

As the eyes adjust to the dark, the sheet of water begins blinking with countless points of blueish light.

Then the village boys leap into the river, and the splash erupts like fireworks.

The water they stir glows. So, too, does the water slapping against the muddy banks. When the fresh water shrimps flit about, they leave a streak of colour.

A school of fish moving upsteam is marked by a glowing trail. Step out of the river and the body glows for a few seconds. Pour a bottle of river water into the palm, and it is like pouring thousands of tiny light bulbs. All of this is followed by a crowd of people standing speechless on the river bank and trying to rationalise it all. Nobody wants to leave.

They know it's something very special. Villager Joseph Dhanessar, 89, recalled it happening several times over the past 40 years during particularly hot and dry periods.

Others heard stories dating back to the 1920s. Dhanessar's daughter-in-law, Sati Seetaram-Dhanessar, 29, said when she first moved to the village “they told me the river lights up sometimes. I thought it was a lie. That didn't sound possible. When I saw it, I thought it was the most amazing thing. This has been a village secret. They never told anyone. Until now”.

One wonders what the First Peoples thought as they travelled this river.

The Institute for Marine Affairs was asked about the phenomenon. Its community information officer knew immediately, having visited Jamaica where, as part of its tourism package, visitors can explore the Glistening Waters Luminous Lagoon, one of the few places in the world where this occurs.

The glow coming from the Ortoire River is bioluminescence, “cold” light emitted as a result of a chemical reaction single cell organisms called dinoflagellates (pryodinium bahamene), a type of plankton that has bloomed along parts of the Ortoire, because of the favourable conditions caused by the mix of cold salt water flowing upriver during the high tide, and the warmer fresh water coming from the interior.

The luminescence of photosynthetic dinoflagellates is influenced by the intensity of the day's sunlight. The tiny flashes of luminescence occurs as a brief (0.1 sec) blue flash, when the organism is disturbed (as when the water is stirred). Each individual gives off this brief flash, and when the dinoflagellates are abundant as in the Ortoire now, billions of individual flashes yield brilliant results. The brighter the sunlight the brighter the luminescence will be at night.

NOTE: Richard Charan is a writer and Multimedia Editor with CCN. He can be contacted at richcharan@gmail.com