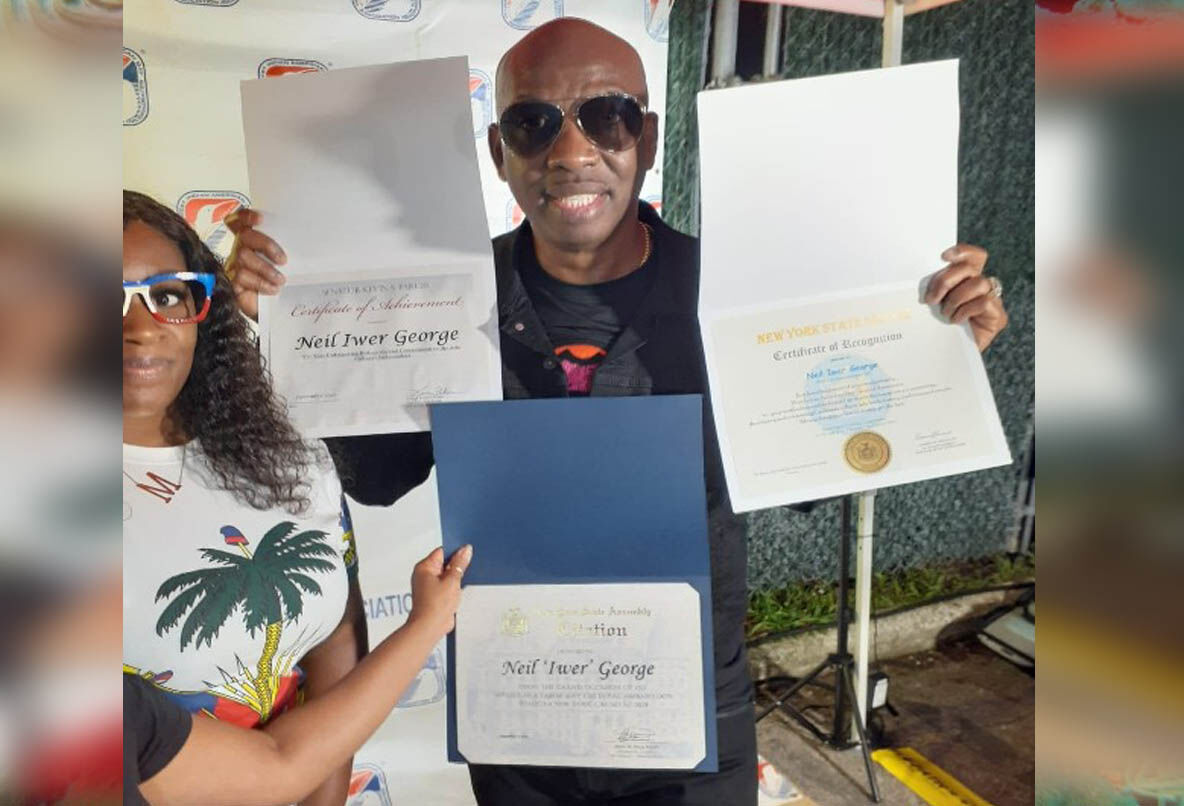 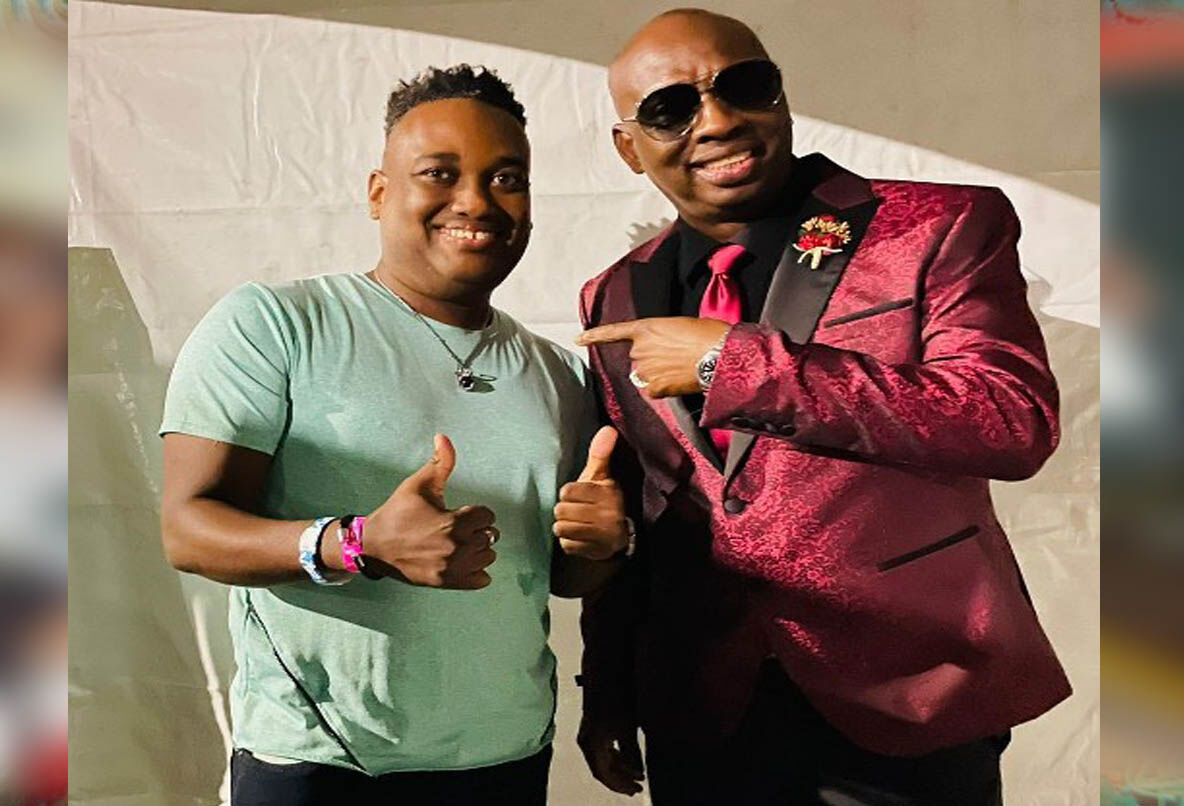 ON TOUR: Iwer, right, with his manager and nephew, Anson George, before a recent performance.

ON TOUR: Iwer, right, with his manager and nephew, Anson George, before a recent performance.

Soca veteran Neil “Iwer” George has been lauded for his contribution to the advancement and promotion of Caribbean culture in the United States of America.

The joint reigning Road March and International Soca Monarch (2020) champ, a title he shares with soca star Kees Dieffenthaller for their hit collaboration “Stage Gone Bad,” said all those accolades are an ode to his consistency and commitment to the music of Trinidad and Tobago.

“Over the years I’ve remained consistent. From way back when I started to up to now with the younger generation I’ve remained in the know and on top.

“This is just another mission accomplished. Another achievement saying Iwer is still a force to be reckoned with,” an effervescent Iwer George told the Express during a WhatsApp exchange on Thursday morning.

George assured, however, while these types “of lifetime achievement awards” usually come near the end of a musician’s career, there would be no easing up on his efforts as he plans to remain “on top” of his game “for a long time to come”.

“I eh going nowhere no time soon. This is just another hurdle crossed in my career as an artiste and I feel very accomplished to know I’m getting rewarded for the hard work I’ve put out over the years. I had an excellent run (in 2020).

“I got time (because of the pandemic) to sit back and watch and come out and execute my mission to stay on top and then seeing something like this in these hard pandemic times now give me the zess for another 40 to 50 more years in de game,” Iwer laughed.

A virtual master class in marketing

George has remained one of the most in-demand soca acts on the North American circuit following the reopening of this country’s international borders in July.

The Point Fortin-born soca man credits the work he put in on social media with his Iwer stage virtual concert series, which featured several local performers, for his packed tour schedule.

George is scheduled to remain in the US until Thanksgiving (November 25). He has secured gigs across several US cities including Miami, Detroit, Chicago, New York, Long Island, Atlanta, Washington, Maryland, Houston, New Jersey and Virginia in the coming weeks.

“We coming out of a Carnival where I won the Road March and the Soca Monarch with Kees and I didn’t get to go on the road right after to share that joy with the people around the world.

“For the past year, while home lockdown and people were complaining no work and no this, I was able to sit and watch everything that was going on.

“I had my Iwer Live going on, putting things in place for when the place open back up. So, when it was open I had my mission to accomplish which I did,” he explained.

Iwer said a similar level of foresight and planning needs to be put in at a national level to ensure T&T has a strong Carnival presence in the coming calendar year.

George is going full steam ahead with his own preparation and plans to release his first Carnival 2022 offering “Carnival Healing” in November.

“We need to put things in place. The Government needs to look at what’s going on outside to see how events are being done.

“We know the vaccination thing is a problem, people need to vaccinate to operate, but we need to drive that home a bit more. Not just say we not doing a Carnival because we are seeing out here (US) where things happening,” he said.

Iwer said while it may not be practical to have a parade of the bands on Carnival Monday and Tuesday, controlled events for vaccinated-only patrons and/or all those who submit to an on-the-spot rapid PCR test can come off safely and successfully.

“We might not be able to have mas on the road, but we could create something for people who are vaccinated. We can have PCR tests on hand to ensure a safe environment for people. We seeing it working outside here. So, we need to move forward and not just say we cannot have Carnival,” Iwer concluded.