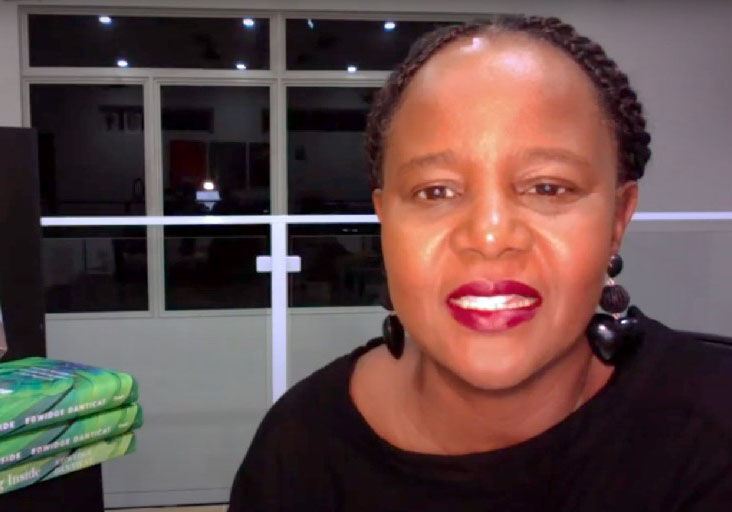 AWARDED HIGHEST HONOUR: Haitian-born author Edwidge Danticat with the OCM Bocas Prize Fiction for her novel Everything Inside. 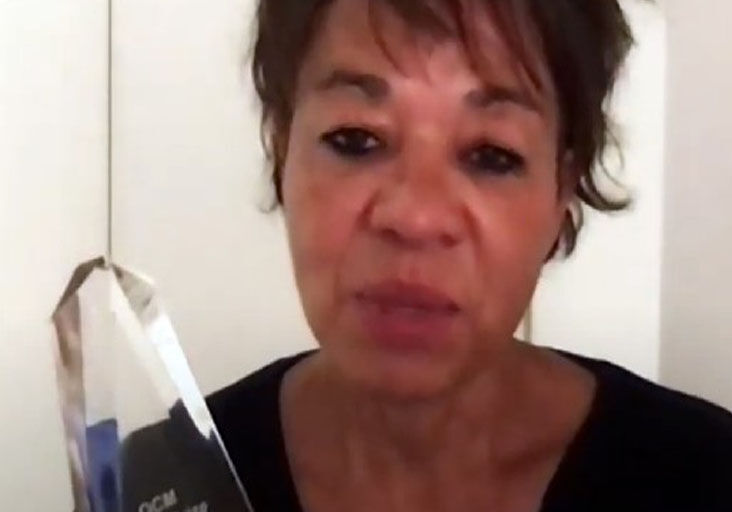 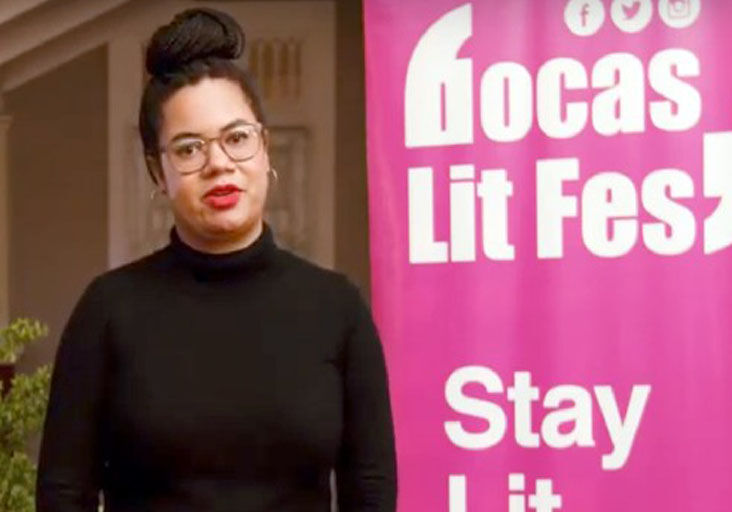 AWARDED HIGHEST HONOUR: Haitian-born author Edwidge Danticat with the OCM Bocas Prize Fiction for her novel Everything Inside.

Literature has the power to help, comfort and heal during difficult times.

That was the reassuring message from Haitian-born author Edwidge Danticat during the virtual awards presentation of the NGC Bocas Lit Fest 2020, on Saturday evening.

Danticat, who was presented with the OCM Bocas Prize Fiction for her novel Everything Inside, was one of four authors to receive the festival’s highest honours.

The tenth edition of the prestigious regional festival was staged virtually on Facebook and YouTube last weekend due to ongoing restrictions with the Covid-19 global pandemic.

“We are living during some very difficult times right now and it is possible that even tougher times might lie ahead. Literature has the power to provoke and engage during times like this and, yes, can be yet another way we participate in the struggle. Literature also has the power to help comfort and heal as we revisit past trauma and attempt to look ahead,” Danticat said in a pre-recorded video presentation with her prize in hand.

Trinidad and Tobago-born author Richard Georges was the OCM Bocas Overall Prize winner with his moving novel Epiphaneia, while Guyana-born Tessa McWatt’s Shame on Me: An Anatomy of Race and Belonging copped the OCM Bocas Prize Non-Fiction.

The US-based Danticat called the OCM prize “a most incredible honour” before quoting late American author Toni Morrison to issue a challenge to her fellow awardees and writers across the region to continue to do their part to lift the spirits of the peoples of the Caribbean.

“For our writers and creators, as the great Toni Morrison once said: ‘this is exactly when we go to work’. To quote Ms Morrison: ‘there is no time for despair, no place for self-pity, no need for silence, no room for fear; we speak, we write, we do language, that is how civilisations heal,” Danticat said.

Georges looked genuinely stunned during his acceptance video of the award. His 2019 novel takes a revealing post-catastrophe look into life in the British Virgin Islands, where he was raised, after the devastating effects of Hurricane Irma in 2017.

Georges has been on the Bocas Lit radar for the past three years. His 2017 book Make Us All Islands was short-listed for the Forward Prize for Best First Collection.

His second book Giant (2018) was highly commended by the Forward Prize judges and long-listed for the OCM Bocas Prize.

“This came in the mail this week,” he said hoisting the glass trophy.

“Easily the most incredible honour I have received in my career thus far. I was flabbergasted when the announcement was made. I was already quite happy to be on a short-list with so many of my favourite writers and so I just wanted to say thanks to the judges and the Bocas crew for making a beautiful space for Caribbean writers. And my kids and my family for putting up with my cantankerous self when I’m writing late into the night,” Georges said.

McWatt dedicated her OCM Bocas Non-Fiction prize for Shame on Me to her mother.

Raised in Canada, McWatt, a professor of Creative Writing at the University of East Anglia (UEA), in Norwich, England, explores identity, race and belonging from the perspective of a writer who has endured decades of racism and bigotry.

“I would like to thank my family, my extended family and my immediate family for going with me on a journey as I researched and wrote and experienced this book both before it came into the world and since it’s been out in the world.

“The book would not exist without my parents.

“My late father would be very proud and I’d like to thank my mother whose stories and whose love form the spine of this book. I would like to give this award to her, so thanks, mom,” McWatt said.

Earlier, a “deeply honoured” Choo Quan accepted the Johnson and Amoy Achong Caribbean Writers prize for Non-Fiction from the son of the award’s namesake, Dr Kongshiek Achong Low, during a pre-recorded exchange at The Writers Centre, Alacazar Street, St Clair.

A masked Achong Low said he sponsors the prize in his parents’ name since he believes “creative writing is very important and forms the basis of the soul of the human being of knowing and understanding other human counterparts”.

“I hope when you complete your book it goes on to be a number one bestseller,” Achong Low said before giving Choo Quan a congratulatory elbow bump.

Choo Quan said the prize validates her unfinished work and encourages her “to continue to contribute” to a space where writers are accepted.

“I would like to thank Dr Achong Low, the Bocas Lit Fest team, all the other participants and all of the people who were short-listed. It is an incredible honour to feel as though my writing is being seen and nurtured.

OCM Bocas Prize Non-Fiction - Tessa McWatt (Guyana/Canada) - Shame on Me: An Anatomy of Race and Belonging

How we can help St Vincent: Collection centres opened