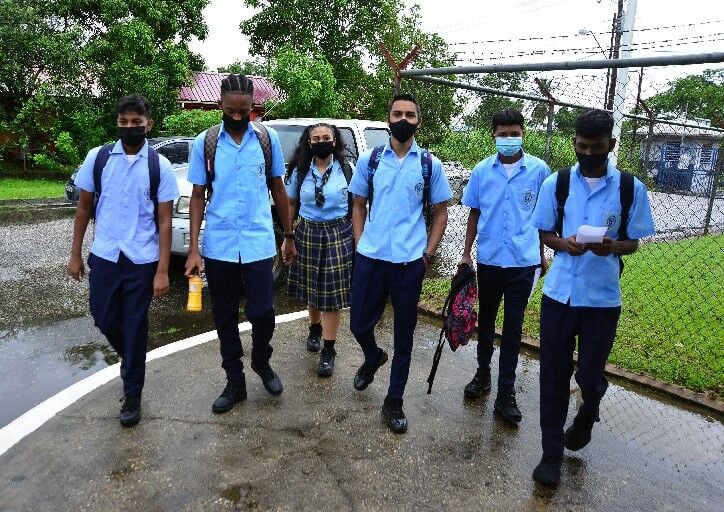 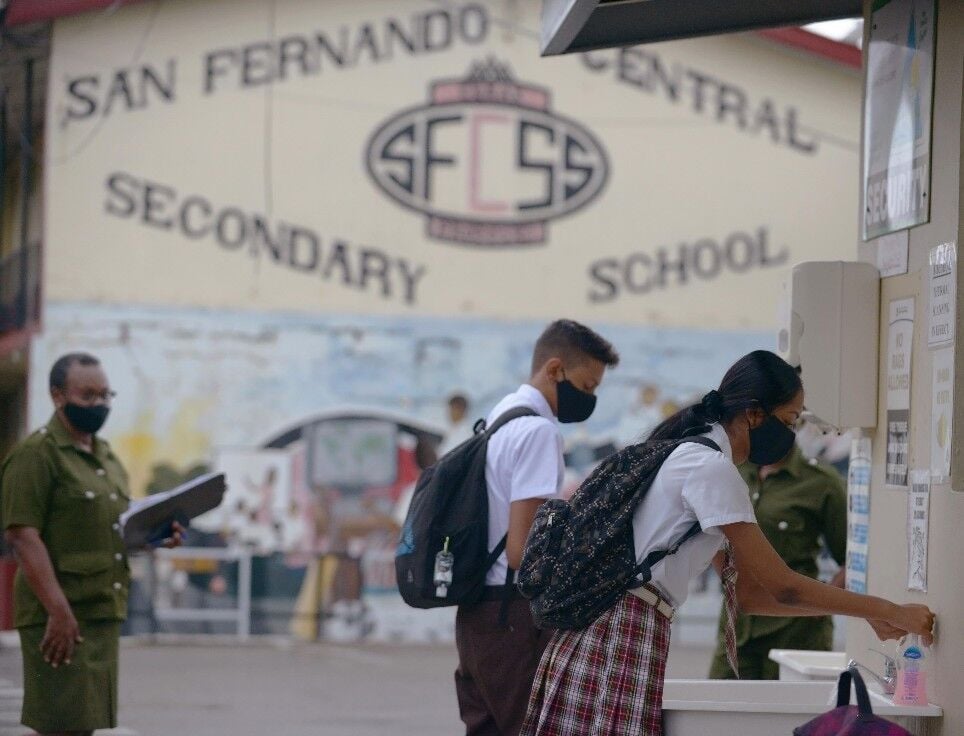 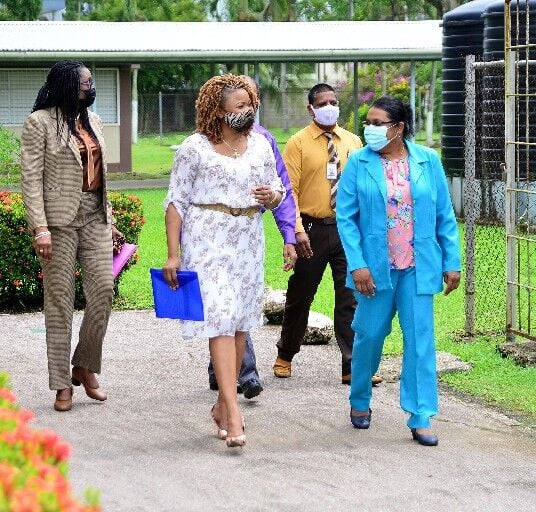 It represent about 53 per cent pupils were present for formal teaching classes, practicals and School-Based Assessments (SBAs).

Education Minister Dr Nyan Gadsby-Dolly shared these statistics after touring four schools with Minister in the Ministry of Education Lisa Morris-Julian and ministry officials. They met pupils at ASJA Girls’ and Boys’, Charlieville, and Chaguanas North and South Secondary Schools.

The Ministry also said pupils, principals and teachers expressed happiness at being out to school, as they were cognisant of the importance of physical school attendance for student success. The emphasis on safety measures was also observed in the socially-distanced arrangement of classrooms, masking of all school personnel and the implementation of entry protocols, including thermal scanning and hand washing. Many schools also engaged rotational schedules to ensure that social distancing protocols were maintained. In the Southern areas, some schools were dismissed early because of the inclement weather. All the pupils are being taught in the same classrooms.

When the nation’s schools reopened in early October, extremely small numbers of vaccinated children ranging from Forms Four to Six reported for classes. At times, the numbers ranged from around two, six, even 15. Yesterday, there was a slight increase, since pupils, whether vaccinated or not could attend.

Asked to give an update, Lisa Morris-Julian said: “It went well. We were heartened to see parents and children heeded the call to come out. It was encouraging. Most of the schools have made arrangements based on the school culture and needs like meals and transport. All the conversations were about the safest way and the different methods they will be using, and what will be on the timetable.”

She added: “ I would urge vaccination, after washing your hands, wearing your masks, and social distancing. It’s part of the arsenal against Covid-19.”

Last Thursday, Education Minister Dr Nyan Gadsby-Dolly gave the green light for the resumption of physical classes. This means online classes or synchronous sessions for Forms Four to Six will cease. The ministry has also quashed its plan to bring out fully vaccinated pupils in Forms One to Three to physical school in October. Instead, pupils will continue online learning and “unless otherwise advised, these students will return to the physical classroom in January 2022,” the Ministry said.

A security guard said her unvaccinated daughter reported to Belmont Secondary School yesterday. Interviewed later on, she said: “About 55 children turned up. They had school all day.”

At Morvant Laventille Secondary School in Laventille, a Sea Lots janitor said they had a water problem, so classes will resume today. She shared the text message which read: “They (pupils) are not to come to school tomorrow due to the water problem. Classes will begin on Tuesday.”

At Fatima College, principal Fr Gregory Augustine, said: “Our turnout was good. As I said before, we had 95 per cent compliance. We had about 360 pupils. That’s half of the school population. Everybody was in the same room. Everybody is a pupil. They have a right to a sound education. You have only a sprinkling of pupils not present. There was no big difference in some classes. Some of them may not have completed the second doses.”

Morvant taxi driver Quincy Cooper said he arrived early for work expecting a sea of pupils, but he was disappointed since he drove one pupil to Russell Latapy School.

Palo Seco principal and former TTUTA president Devanand Sinanan said: “We had about six or eight pupils on some days. Yesterday 66 from among 200 turned up. We got some flooding. We dismissed early. After four hours of intense rain, half of the car park was under water already. We could not take any chances.”

He added: “I feel the inclement weather would have been a deterrent. It prevented a large number of children from reporting to school. Today’s attendance would not be a good gauge. We would be in a better position by the end of the week.”

Santa brings joy to the little ones

The Rapidfire Kidz Foundation (RKF) took its annual Christmas toy drive on the road, from vi…

The 26 deaths increased fatalities this month to 104. The death toll since the start of the pandemic in Trinidad and Tobago is now 2,262.

Time to grow up, T&T

ROMAN Catholic Archbishop Jason Gordon says it is the indiscipline of citizens that has brought on this current wave of Covid-19 infections and the rising death toll.

Gordon made the statement as he called on the nation to grow up.