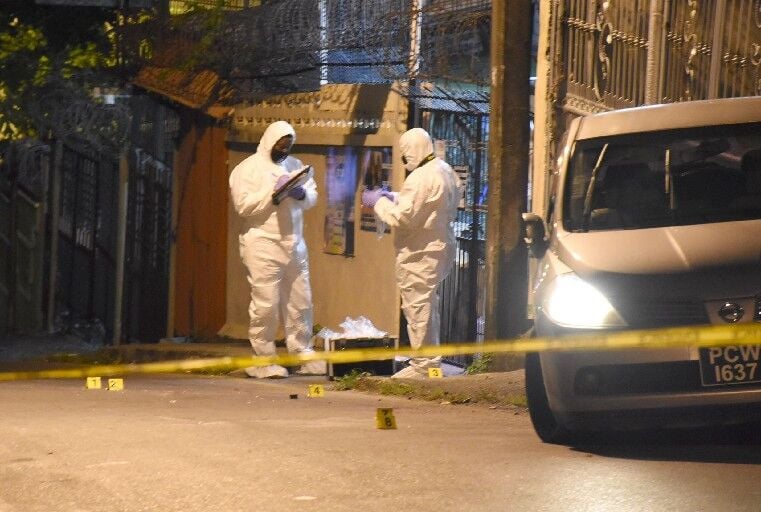 Crime scene police officers on Lord Street, San Fernando where one man was shot and killed and two others wounded on Friday night.Photo:TREVOR WATSON 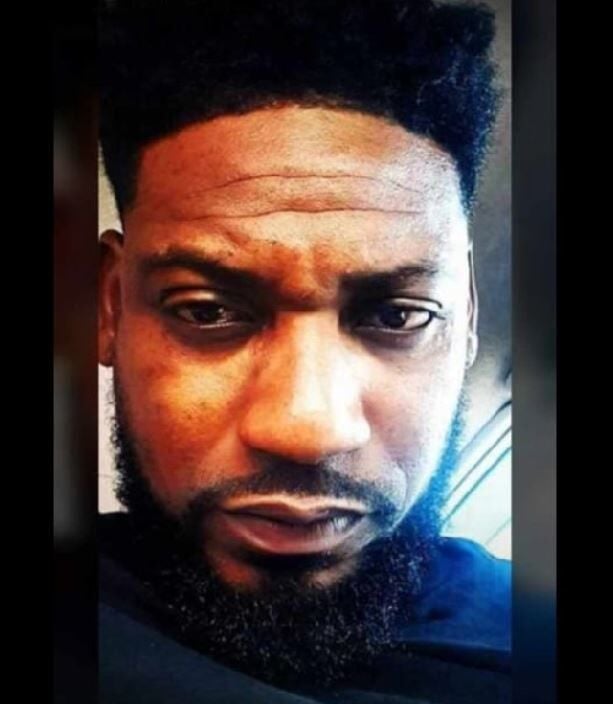 GUNNED DOWN: Junior “Tallo”Timothy, killed in La Romaine on Friday.

Crime scene police officers on Lord Street, San Fernando where one man was shot and killed and two others wounded on Friday night.Photo:TREVOR WATSON

GUNNED DOWN: Junior “Tallo”Timothy, killed in La Romaine on Friday.

SIX people were shot dead in less than 24 hours in separate incidents in East and South Trinidad Friday and early yesterday.

Five have been classified as murders, while police are investigating the death of a man who was killed by a farmer when he attempted to steal plantains from the farmer’s land.

In August there were 22 murders, and 23 in September.

For the first 15 days of October there were nine.

In the first killing, three men who decided to go up against a 68-year-old farmer from Princes Town got more than they bargained for.

Police reports said around 4 p.m. on Friday, the farmer was alerted that men were stealing crops from his garden at Borde Narve Branch Road.

The farmer, who did not want to be identified, lives a short distance away.

Speaking on the condition of ­anonymity, the farmer recounted the incident.

He said, “This is not the first time someone has stolen from me. It happens over and over again. Just Sunday they stole from me, and it was the same thing last week and the week before that.”

Police said the farmer went into his garden and caught the men bundling the stolen crops into a vehicle.

The farmer said he called out to the men, and one of them pointed a gun at him.

He told police he was afraid and fired at the men with his licensed shotgun.

He said, “I was fearful. I kept my gun pointed at the driver and called out to my son to call the police. We waited until the police arrived.”

The man said he has endured almost eight years of people stealing his crops.

He said he has made many reports to police and lost thousands of dollars in crops.

He said, “It is not just plantains. They would steal my cassava and paw paw, too. When I make reports at the Princes Town Police Station, they always transfer me to larceny police and nothing comes of it. I hope the Commissioner of Police will allow more farmers to get licensed firearms to protect themselves and their crops,” he said.

The shot man died at the scene, the second suspect was arrested at the same location, and the third suspect escaped, police said.

At 5.50 p.m. on Friday, police officers responded to a report of shooting at Southern Main Road, La Romaine. On arrival, the officers observed a grey Hyundai Tucson which had crashed into a wall on the southern side of the road. They found ­Junior Timothy, 42, slumped over the steering wheel with gunshot wounds to the head.

Around 7.10 p.m. on Friday, Victor Stewart, who was driving a white Nissan Tiida with two other men in the car, was shot and killed as he drove along Lord Street in San Fernando. Another white Tiida pulled alongside and a gunman fired shots at Timothy.

The vehicle collided with a gate on the southern side of the road and came to a stop. Timothy and the other two occupants received wounds about their bodies, and were taken to the San Fernando General Hospital. Timothy died while receiving treatment.

A double homicide occurred yesterday morning. Around 12.15 a.m., Kern Cuffy, 27, of George Street, La Romaine, and Carlyle Joseph, 62, were at Cuffy’s home liming with another man, when two assailants—one wearing a red hoodie and another wearing a grey hoodie—walked past them and fired shots at the men.

In an earlier incident around 11.50 p.m. Friday, first responders proceeded to Savannah Trace, Garden Village, Arouca, in response to a report of person who had been shot.

Police said the first responders proceeded through open farmland on the western side of the road and observed the body of Kerwin Lewis of Savannah Trace.

He was lying on his back, wearing only blue three-quarter pants, and had multiple gunshot wounds to the upper body. Six spent 9mm shells and one projectile were recovered at the scene. Police said Lewis was not known to be involved in any illegal activity.

The murder toll for the year up to last night stood at 324, compared to 428 at the same time last year.