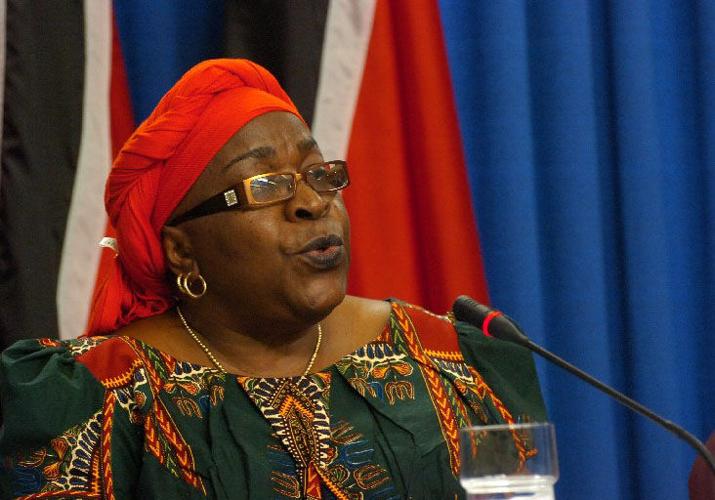 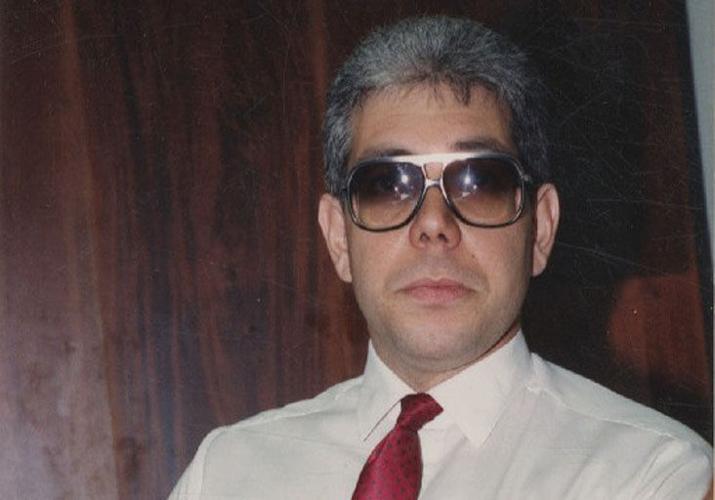 “A bunch of cowards!”

This was how a tearful and visibly angry former minister of Gender, Youth and Child Development Verna St Rose-Greaves yesterday described the Cabinet-appointed 1997 task force mandated to assess the care given at children’s homes for “staying silent” on their subsequent findings of racism, religious persecution, torture and extreme sexual and physical abuse within some children’s homes.

The Sunday Express yesterday published the findings of the report done 25 years ago which never saw the light of day.

St Rose-Greaves said she was “terribly disappointed” in the 1997 task force.

“...Now you’re hearing everybody wanting to talk but how could you be a member of a task force, all these criminal acts were revealed, the committee did not pass it on to the police, no police action was taken and members of the task force stayed silent. I don’t know that anybody could get me to sign a non-disclosure agreement when I see so many children who were harmed, the potential for further harm, whose lives were destroyed. In one instance, up to 40 children were sexually abused by a worker in the home, a worker who was given a golden handshake, a recommendation and sent to work at another State institution,” she said.

She added: “I would say they’re (task force) a bunch of cowards. You cannot be representing children and something like that comes to your attention and you do not say anything. Even though, as a member of the task force, you recommended that people be taken before the courts, the nuns and the matrons and so on you recommended that action be taken against them, and yet at the end of the day you did nothing.”

Among the revelations in the Robert Sabga Task Force Report, which a former task force member said was heavily sanitised, were numerous accounts of “brutal episodes of neglect and physical, psychological, and emotional abuse” committed by a nun at St Jude’s School for Girls, a girl at the home being stripped and beaten 65 times and another being whipped “mercilessly” with a curtain wire; and repeated sexual abuse of some 30 to 40 children of St Dominic’s Children’s Home by a male employee.

“When discovered, the employee was reprimanded and asked to resign and then was allegedly supported by the management of St Dominic’s Home in procuring employment at St Ann’s Hospital, where he now works,” the report stated.

“Allyuh too soft on those children”

St Rose-Greaves, who served as minister under the UNC from 2010 to 2012, noted yesterday that despite the damning evidence contained in the Sabga Report, no one named in the report was ever penalised or prosecuted.

In fact, she pointed out, the St Jude’s nun was transferred to another children’s home in Grenada.

“And she came to me. I met her. I was working in Grenada at the time for a human rights organisation, Amnesty International. And my office was located in the Cathedral and we came upon one another and she invited me to join her in straightening out these young girls in Grenada,” St Rose-Greaves said during an interview with veteran journalist Dominic Kalipersad on i95.5FM yesterday.

“And during our conversation she said some very ugly things about our Trinidadian children. And she said to me, allyuh too soft on those children. The conversation did not go much further and I never spoke to her after that,” she recalled.

“Everywhere in Trinidad, that is a strategy that is used. We transfer the offenders, put them in some other place where they can do their harm,” she lamented.

She said the Sabga Report haunted her for many years.

“I had a copy of that report and when the report got into the media... my office in Salvatori Building was broken into and rummaged through. Everything was torn apart and thrown everywhere and the report was removed. I was working with the Adoption Board of Trinidad and Tobago at the time,” she said.

She said for years she had been trying to find out about the report and could find nothing.

“Happily now I see that Robert Sabga says he has the report, an edited and unedited version... and I would love for us to see both copies of the report,” St Rose-Greaves said.

Asked why she thought the Sabga Report was sanitised back then, St Rose-Greaves said:

“They started an investigation not expecting that it would weigh on them in the way that it did. And I think the political cost was too much for them to take a gamble, so they just decided to kill the report and that is what they did,” she said.

“People were scared of losing office. They were scared and insecure and hence their problem with anyone who was prepared to stand up and say this must not happen again,” she added.

Acknowledging that many people are still suffering from the abuse they endured many years ago and this could be contributing to today’s violent and traumatised society, St Rose-Greaves said had something been done almost three decades ago, T&T would have been much better off today.

“And I want to say upfront, all our governments are culpable. I see everybody now pointing fingers, blaming this one, blaming that one... this is a collective shame and we need to take collective responsibility,” she said.

Getting to the root

On the recently concluded Judith Jones report which highlighted abuse at several children’s homes and made recommendations, St Rose-Greaves said:

“And I think that somebody needs to take time with this report and help the public to understand some of the things people are evidently not understanding. We can’t rest this down like 1997 and let it go. We have to find ways to unpack this and to get to the core and to get to the root, because I am still saying we need something deeper than this kind of investigation, something that will disrupt what’s happening and turn childcare on its head and set us up with a better model going forward,” she said.

The Express contacted Gender and Child Affairs Minister Ayanna Webster-Roy, who asked to be sent questions via WhatsApp, but did not respond.

Police Commissioner McDonald Jacob did not respond to the Express query yesterday about whether criminal charges can still be laid against the people mentioned in the report.

A Sunday Express investigation detailing the horrific abuse and mistreatment of children described in a report produced 25 years ago, has so a…

In a damning report published in the May 15 edition of the Sunday Express titled UNHOLY SISTER, we detailed the activities of Sister Dominic X…

Jacob: Residents were 'riled up', situation under control

Chaos in Port of Spain: Cops struggle to control protests

Police are playing a 'catch and mouse' game with residents of Beetham Gardens and Sea Lots.

Protestors warned: Stop it or is lock up

Police are warning citizens to stop placing debris on roadways in and about Port of Spain, o…

Venezuelan knifed to death in bar brawl in Duncan Village