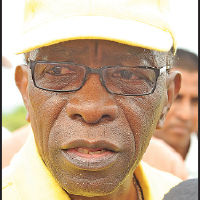 In the spotlight: Jack Warner 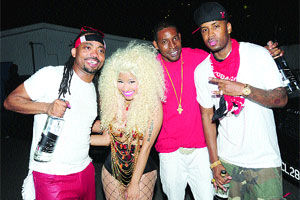 In the spotlight: Jack Warner

Twin sisters Kathy and Karen Norman, designers for K2K Alliance and Partners flew in from Manhattan, New York, USA, to give the media a sneak peek of their Carnival 2013 presentation The Human Race. Tuesday's event took place in an upscale Goodwood Park location. Minister of Arts and Multiculturalism Dr Lincoln Douglas was present to be a part of an "interesting revelation". The Human Race is the second in a Trilogy to be presented by these two gifted artists.

Last year they debuted with The Waters-Seas of Consciousness and captured four titles in the Medium Band category. The Normans' intricate mix of fashion and costume brings a fresh take on mas and is definitely attracting masqueraders.

The Human Race is about coming out of the waters and onto the land, with the designers using a classic sporting tradition (horse racing) as an analogy for Life's Race. The theme is based on the principles of self belief and ultimately forging one's own destiny.

Costumes revealed were Victory-The Jockey, The Starting Gate, and Onlooker at the Gate.

K2K Alliance and Partners will launch its 2013 presentation The Human Race at Queen's Hall, St Ann's with Mervyn de Goeas as the producer.