BACK TO THE BEACH, BARS STAY CLOSED 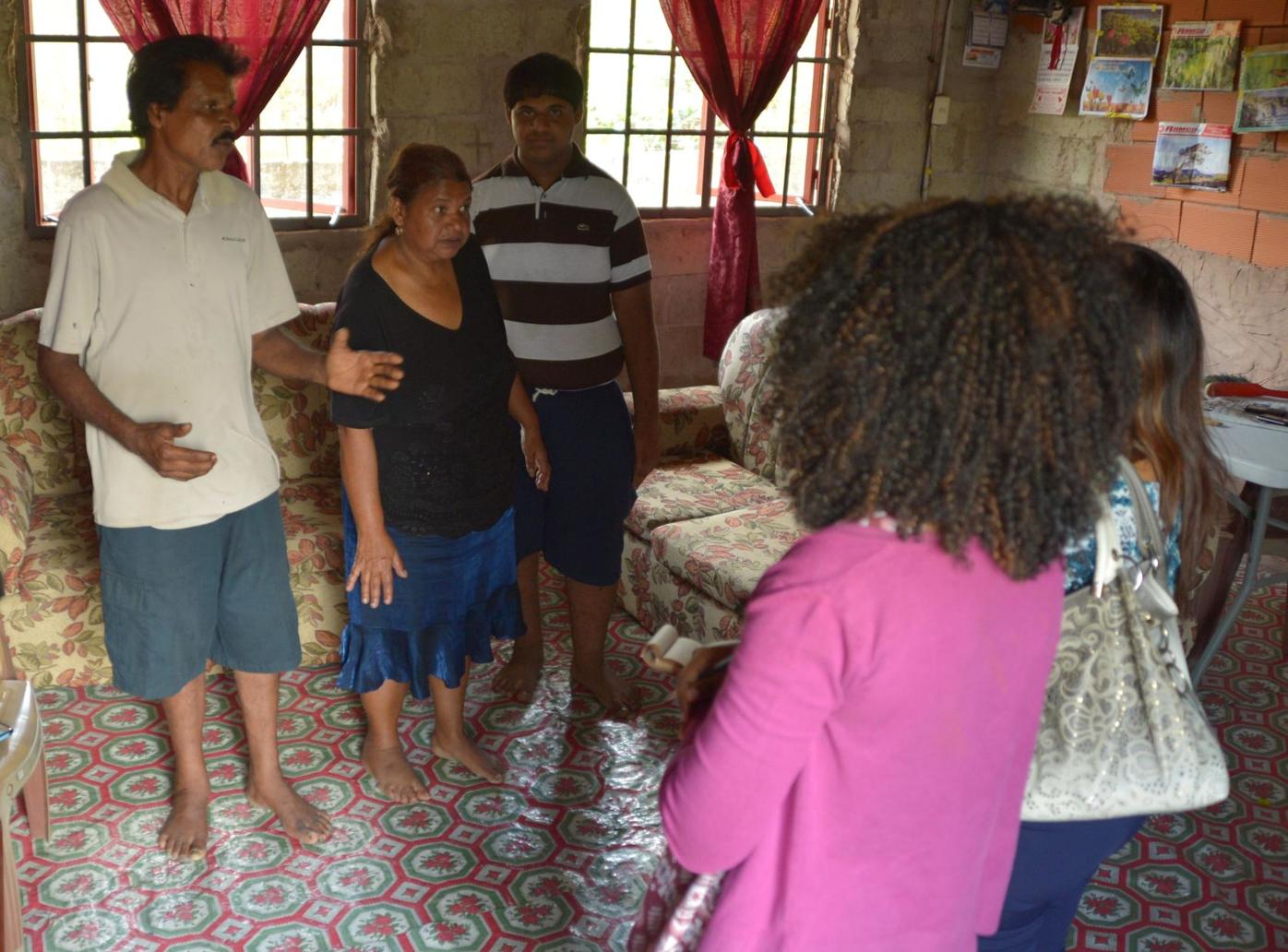 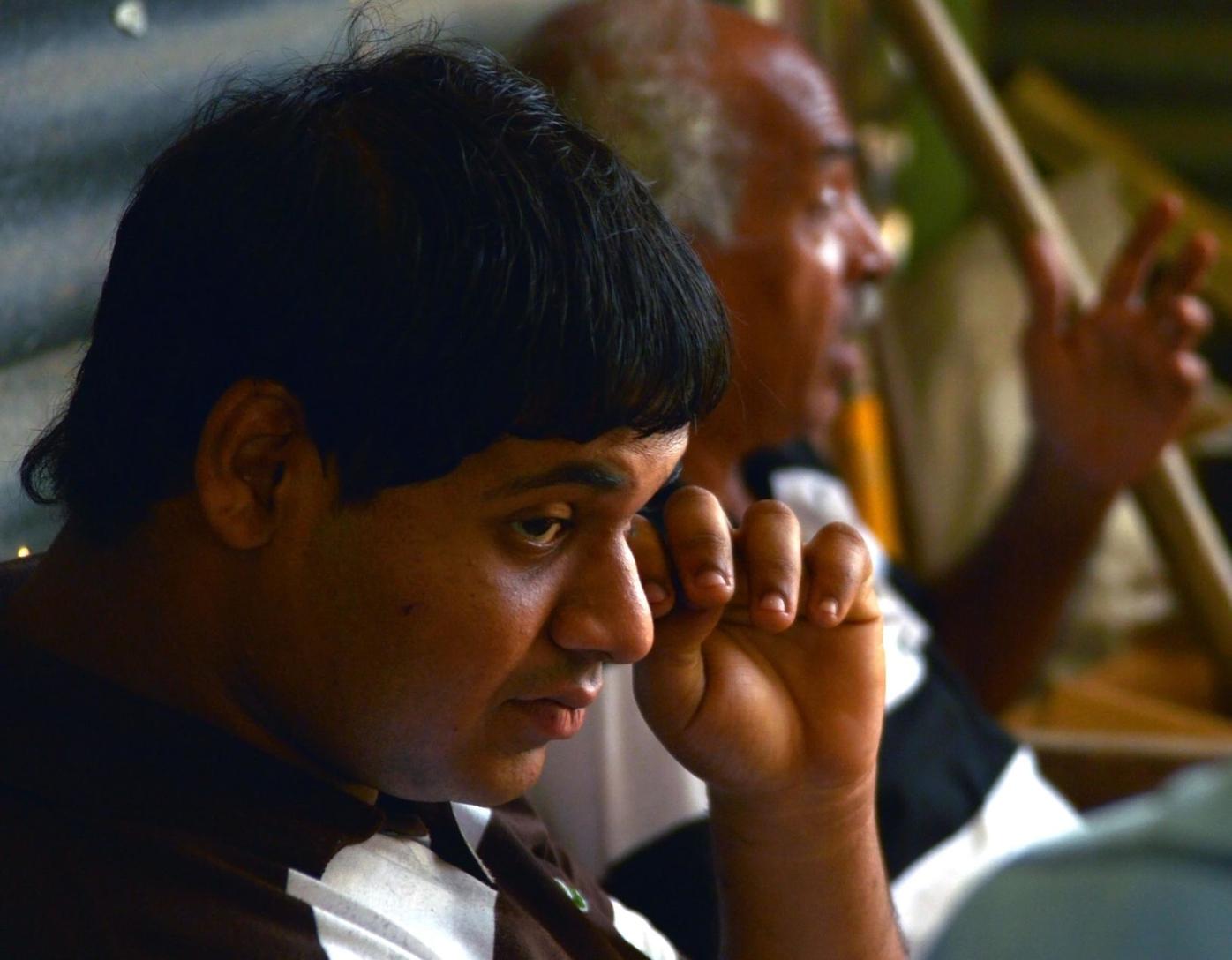 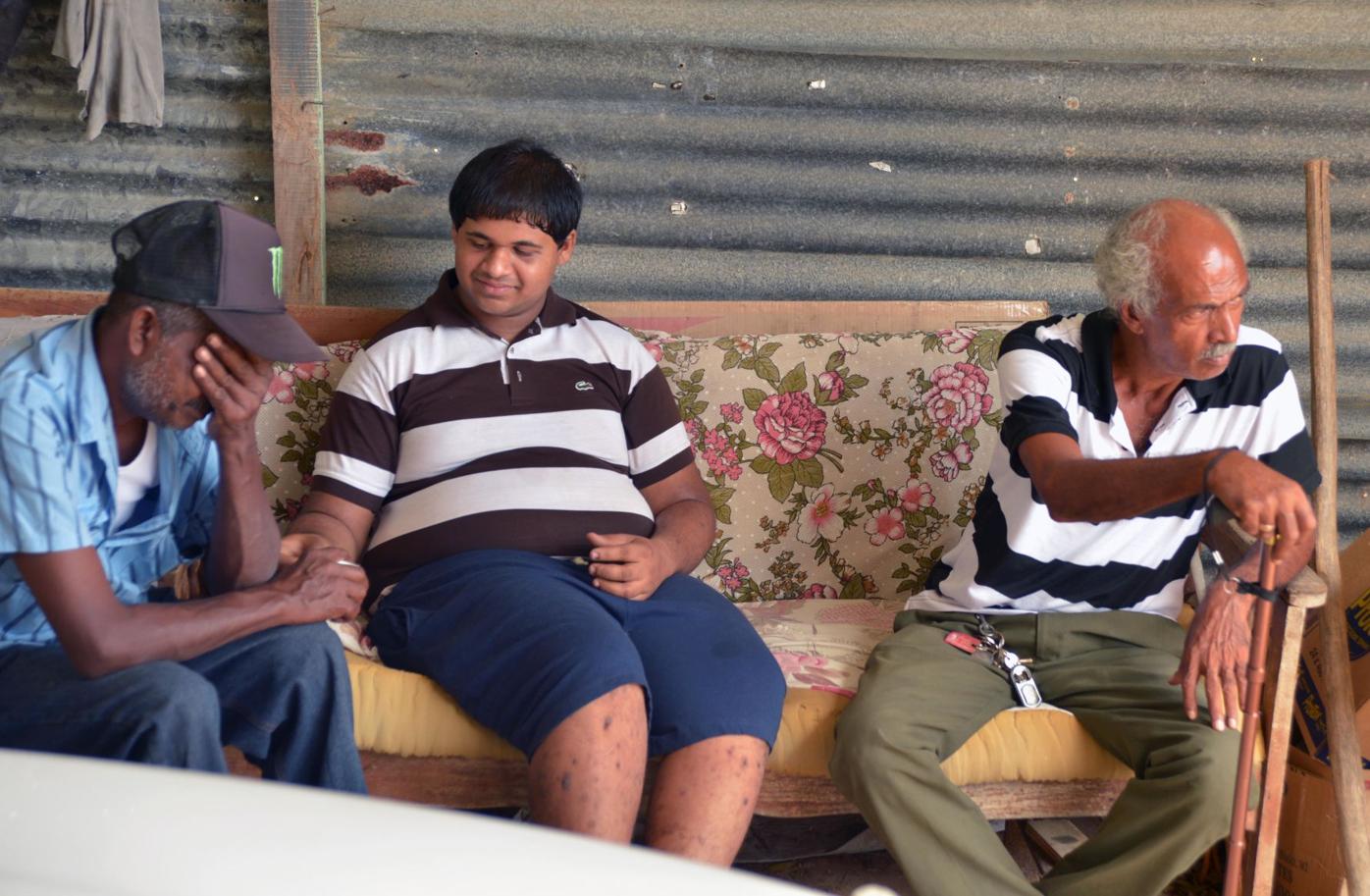 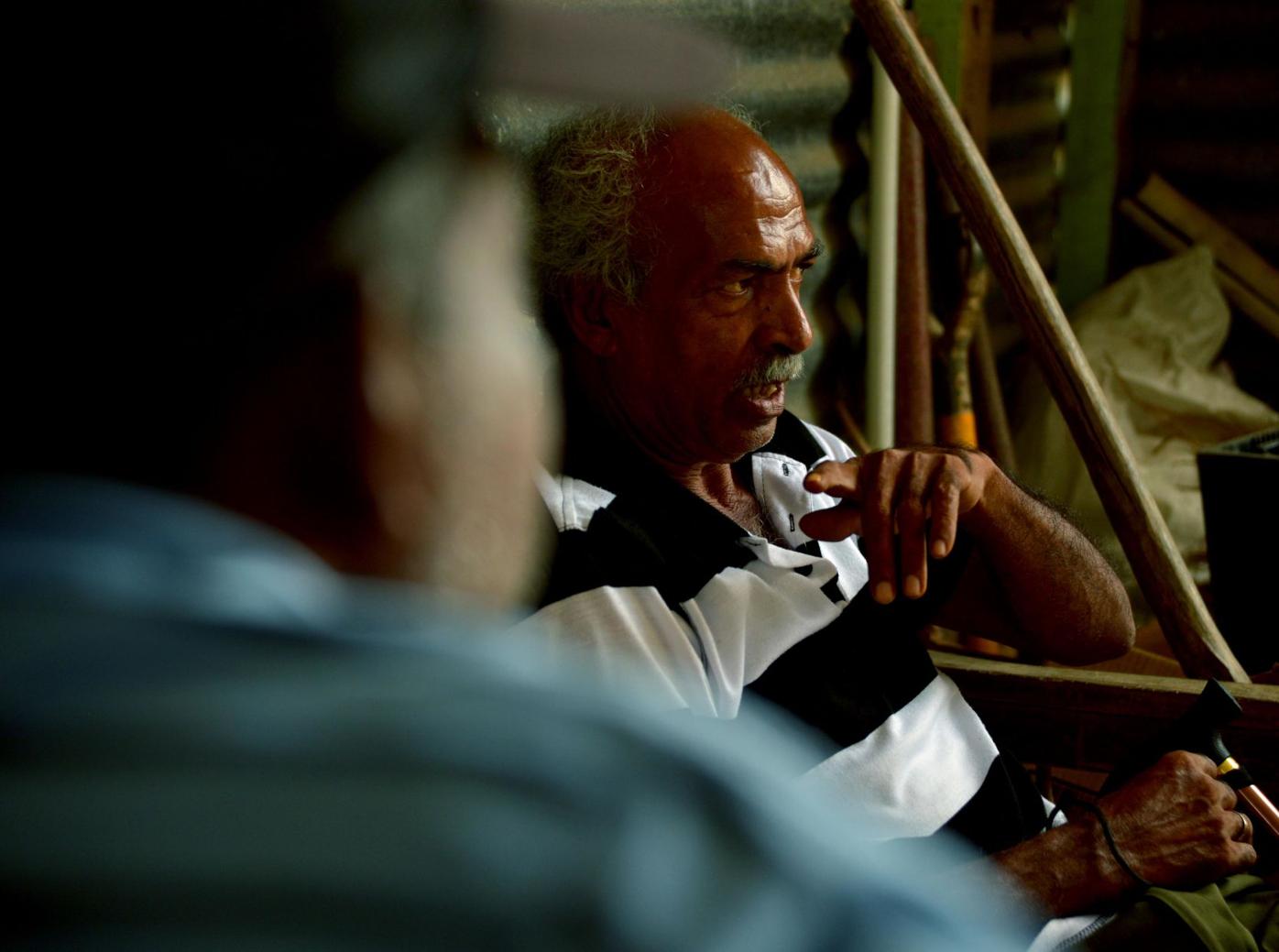 Members of various religious groups makes a point during an interview at the home of a family who claims a spirit creature dwells in their home at Hilltop Drive, Morne Roche, Gasparillo.

HOURS after a Hindu priest performed an “exorcism” at the Mathura home in Gasparillo, the ‘buck’ still showed up.

Krishna Mathura said his son, Govindra, awoke during the early hours of Thursday with ‘blue-black’ marks on his foot.

This happened even as the 17 year old boy slept on the same bed as his mother, Balmattee Mathura, and his father (Mathura).

The family has claimed that a folklore creature known as a buck has been harassing them in their home at Hilltop Drive, Morne Roche, for about two years.

Mathura said that the creature eats their food, kills their animals, makes strange animal-like noises, and has said it wants to sexually assault his wife.

Mathura said: “The boy woke up and said he got bite on his foot. It sucked him about four places in his foot and right now it is blue black. That thing is so brave. It is still in the house. We have to get it out somehow”.

A Hindu priest from Tacarigua came to the Mathura home around 10 p.m. and for about an hour performed various ‘rituals’ in the home.

He said the pundit lit a deya and small fires at the front and back doors and after the flames died down, the pundit sprinkled the ashes near the doorways.

Mathura said he didn't expect the pundit to stay the all night but the holy man intended saying different prayers, reading from certain books.

For about an hour the pundit lit incense, poured a mixture of water and lavender on the heads of the Mathuras and meditated with them.

The pundit said he would return until there was peace in the house.

“He said they have to come back and fix this place in the proper way so nothing will come and trouble us”, said Mathura.

Mathura said a pastor visiting from the United States contacted him and asked to visit the family on Thursday evening.

During the night, police officers from the Gasparillo and Marabella police station visited the home and checked the premises.

“The police were looking on while we were praying”, he said.

Mathura said both the police and pundit asked if his son might have been pretending there was a supernatural creature in the house.

Mathura said he defended his son.

“The pundit said that probably the boy doing things and frustrating us. It look like the police officers are not understanding”, he said. My boy don’t do nothing wrong. He can’t eat out all of that food and move out those things from our house. The thing (buck) is affecting my madam and my boy. I does wake sure they asleep and waking up to see that they all right. I am the protector of the house so I have to make sure that they sleep. My son does not even watch TV late”.

He said the police officers questioned his son.

“It is not him doing these things. He wasn’t picking up with reading and education in Primary school so that is why he stayed home to do farming. He knows how to write his name, spell and read a little bit”, the father said.

Mathura said he is aware of his critics who have been unkind in their comments on social media.

“They are putting lies on Facebook. They don’t have any proof about what they are saying. I am grateful to all the spiritual leaders who came and saw what we are going through and trying to help us”, he said.

Senior Superintendent of Police of the Southern Police Division said he instructed police officer to visit the Mathura home.

Mohammed told the Express that the officers were sent to assist the family who claimed they were in distress.

Individuals charged with firearm-related offences such as possession of illegal arms and ammunition have been granted licences for legal firearms.

While many citizens were celebrating being able to return to beaches and cinemas, the business community said it was disappoin­ted with the relaxed measures announced by Prime Minister Dr Keith Rowley yesterday.

THE previous three articles in this series told the stories of people who died by suicide from the perspective of the loved ones they left behind. Today, we conclude the series with the story of a young woman who attempted suicide and lived through it. Her daily struggle with depression and suicidal thoughts underscores the extent to which people with suicidal ideation need ongoing support. The final part of this series also focuses on the important role which all of us play in preventing suicide.

Hoping to leave her unique mark

Energy, trade and combating domestic violence are just a few of the issues that Harriet Cross intends to focus on in her new post as British High Commissioner to Trinidad and Tobago.

BACK TO THE BEACH, BARS STAY CLOSED