locked out when the borders were closed: This composite shot shows five of the 33 Trinidadians in Barbados. 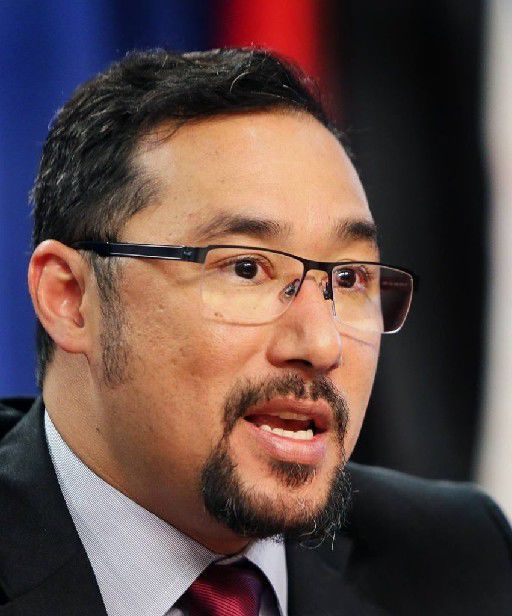 locked out when the borders were closed: This composite shot shows five of the 33 Trinidadians in Barbados.

Squeals of joy broke out in Barbados yesterday when it was announced that National Security Minister Stuart Young had granted permission for 33 Trinidad and Tobago nationals to return home today.

The Express learnt that upon arrival at Piarco International Airport today the nationals will be questioned and immediately whisked away to the National Racquet Centre in Tacarigua where they will undergo a 14-day mandatory quarantine period and tested for the COVID-19 virus.

The letter stated only the 33 nationals are to disembark the aircraft.

Phillip Ramdial, head of Just Go Travel who had organised a cruise and tour for the group in Dubai, said everyone is elated beyond words to finally return home after over a month away.

The group left Trinidad on February 25, Carnival Tuesday, for Dubai where they embarked on a cruise on the Indian Ocean.

After the COVID-19 outbreak, they tried to make their way back to Trinidad but were unable to do so as this country’s borders closed at midnight on March 22 and they arrived in Barbados on March 23.

The Barbados government decided to keep the group in that country on humanitarian grounds and they underwent 14 days mandatory quarantine at the Sugar Cane Hotel and then almost another two weeks at the hotel while awaiting word from the Trinidad and Tobago Government as to whether they can return home.

The group was supposed to be tested for COVID-19 in Barbados and kits were sent by the T&T Government but that plan was scrapped after the Barbados government said they were short on swabs.

On April 12, Young said the group will be allowed to enter the country and be tested here but added he won’t be sending a flight for them.

Ramdial said the T&T nationals has organised a farewell “thank you” function to show their love, gratitude and appreciation for the staff at the Sugar Cane Hotel who treated them like family.

He reiterated heartfelt thanks to the Barbados government and Prime Minister Mia Mottley for her compassion.

Speaking to the Express by phone yesterday, Ramdial said the hotel also showed their appreciation for the group and treated them to a complimentary dinner.

He said the group was together when he got the call from attorneys Prakash Ramadhar and Larry Lalla that permission was given.

“We feel very happy. In fact, when I gave them the good news at 4.10 p.m. everybody went into an uproar. Prakash could tell you that he was on the phone with me. It was a good feeling knowing we are finally going home. There is no place like home sweet home,” he said.

“When you reflect, they did a wonderful job, Minister Young, the Prime Minister. I want to thank them for giving us this privilege to be home again on our home soil,” he added.

Ramdial said it was not easy for him to see the sad faces, tears and distress of group members on a daily basis as they had no idea when they would have seen their homes again.

He said while they are prepared for testing and quarantine here they would prefer if they could quarantine at home as he pointed out they have spent almost a month in Barbados restricted to the hotel.

However, the Express was told by medical sources that Chief Medical Officer Dr Roshan Parasram has advised that the group be quarantined in a State facility as a precaution.

Attorneys Ramadhar and Larry Lalla have been communicating with Young on behalf of the group.

Lalla said: “I’m very happy that these citizens are finally being allowed to return to sweet T&T. I don’t personally know any of them but got involved in their cause when I heard they were stranded in Barbados, were retirees, had left Trinidad on Carnival Tuesday, were on a cruise ship in South Africa on the Friday when it was announced that the borders would be closed on Sunday at midnight, and they had scampered back home from South Africa, but just couldn’t make it back on time. It was therefore not their fault that they were locked out of the country.”

He said 25 years ago, as a law student, he was taught that under the rules of international law a country could not make its citizens stateless and he was determined to see that T&T did not do so with these elderly citizens.

He said he immediately contacted MP Dr Roodal Moonilal and asked him to get involved and he did so without hesitation by issuing a statement.

He then spoke to MP Prakash Ramadhar about the cause. He said the process has been long.

“Personally, my satisfaction came today when I advised the group leader over the phone in Barbados that they would be coming home tomorrow. The whole group was having a prayer session at the time and the cheers of joy I heard from them in the background as the announcement was made brought a few tears to my eyes,” he said.

“I’m happy for them and all their sons, daughters, grand-children, relatives and friends who await them here in Trinidad.

I want to thank Minister Stuart Young and his staff for the assistance we had as well as Dr Roodal Moonilal, Mr Prakash Ramadhar and the Trinidad Express for all the support given to this patriotic cause. There’s no place like home!” said Lalla.

National Security Minister Stuart Young is working to ensure that everything is in place for the 33 stranded T&T nationals in Barbados to return home this week, says attorney Larry Lalla.

This administration is writing a brutal chapter in its tenure by its treatment of nationals stranded by COVID-19 in Barbados, Suriname and Margarita.

It is a chronicle of cruelty, with National Security Minister, Stuart Young, a main force in this dark drama, making you wonder about the nature of this man with significant authority over this country’s police and army. The nation stands warned.

The 33 Trinidad and Tobago nationals stranded in Barbados are hoping to fly home once National Security Minister Stuart Young provides documented permission for them to enter T&T.

PM: I disagree with ‘race claim’

It’s all about race

Some Indo-Trinidad and Tobago nationals stranded in Barbados are of the view they are being rejected from entering this country because of their race.

The story could not have ended without an ­unexpected twist.

Right at the time they were anxiously seated at Grantley Adams International Airport awaiting their plane to finally come home, 33 elderly Trinidad and Tobago nationals were whisked away by medical authorities and tested for COVID-19.

No entry for our students: Care packages to be sent

The University of the West Indies Cave Hill campus students in Barbados will not be allowed to return home.