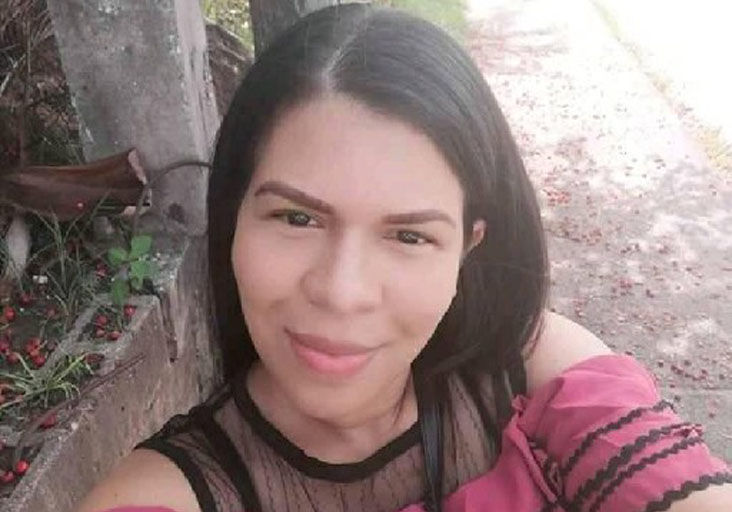 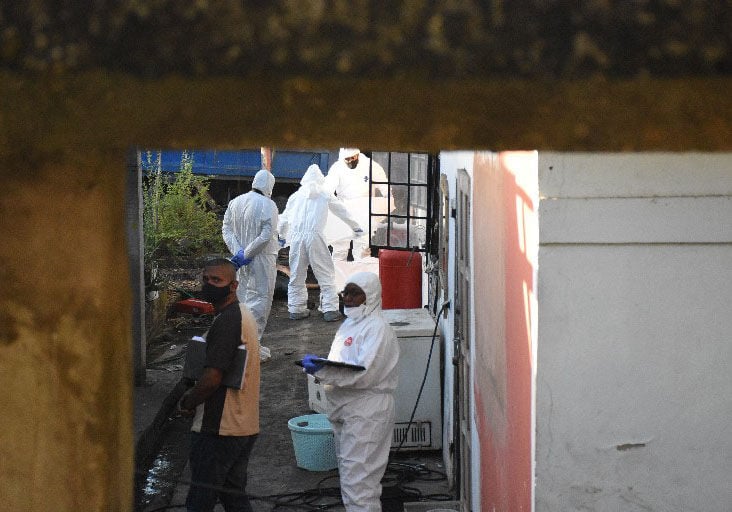 JOANNA DIAZ SANCHEZ was one of thousands of Venezuelans who fled the economic crisis in the South American country and sought refuge in Trinidad and Tobago.

About a year-and-a-half ago, Diaz Sanchez and her daughter said farewell to her mother and left their home in Tucupita to brave the treacherous boat journey across the Gulf of Paria, seeking financial security and a better life.

Instead, the 33-year-old migrant met a man who physically and emotionally abused her for months.

Right up until she met a brutal end a few days ago.

Diaz Sanchez was missing for several days before her body was found at the bottom of a cesspit at a man’s house at Santa Clara Road, Preysal, by police officers on Saturday afternoon.

The man, her estranged lover, confessed to police detectives to killing and trying to dispose of her body last week.

Her decomposing body was retrieved from the pit on Saturday afternoon, and although it is suspected she was strangled, a forensic examination is to be done today to determine her exact cause of death.

Her relatives suspect she was kept in captivity by the suspect, who had previously threatened to kill her.

Residents of Santa Clara Road said the suspect is a cocaine addict and his mother left the family home three months ago.

No food in Venezuela, beaten over here

Diaz Sanchez’s cousin, Karla Rodriguez, 26, and other relatives, who live in Trinidad, are mourning her death.

At the crime scene on Saturday, Rodriguez wailed for her cousin whom she had tried to keep safe from the suspect.

Rodriguez’s boyfriend, Trinidadian Christopher Pierre, translated for the Express from Rodriguez that Diaz Sanchez taught history at Calle Boyaca Anibalrojas school in Venezuela but this could not be immediately confirmed yesterday.

“Due to the economics across there, a lot of places had closed and they left. There was no work, no food, no money,” translated Pierre.

Rodriguez said when Diaz Sanchez and her daughter first arrived in Trinidad, they stayed in Couva.

“They moved around a lot before they got somewhere more comfortable and stable. She got jobs wherever she could, at bars or supermarkets. She last worked at a bar in Princes Town, but because of Covid she had to leave her job and couldn’t get anything else. Yes, it was a blow for her not to get a job that she was qualified for,” said Pierre.

Diaz Sanchez met the suspect about a year ago and their relationship was a tumultuous one, as he often accused her of infidelity.

Pierre said the suspect would beat her, even when she got pregnant for him late last year.

He said Diaz Sanchez was seven months pregnant when she lost the baby.

“She already bought a crib, clothes, stroller, baby bag and even a car seat. She had tried to hold on to the relationship because she was pregnant. He used to beat her a lot, even when she was pregnant. But when she lost the baby in February she got a chance to get away from him. I told her to pack her stuff and run away, which she did,” said Pierre. “She would stay with us and with other relatives at Princes Town. She stayed away from him for a long time.”

Pierre said the suspect harassed her and had posted derogatory messages on social media about her, which she said were false and reported to the police.

Pierre said Diaz Sanchez stayed away from the suspect for a long period but on August 28 she received a text from him in which he promised her money if she met him in San Fernando.

He said she had not worked for over two months and might have been desperate for money.

“She was scared for her life because she told us that he threatened to kill her. She told her daughter she would return, but she never did,” said Pierre.

Pierre said the family kept calling her phone and waited a few days until they reported her missing to the Princes Town police.

“We even called (the suspect) and he said that she never met him in San Fernando. A few days later he called us to ask if we heard from her. He was pretending he didn’t know about her. And all that time she was probably tied up in his house. We are sure that he abused her and kept her locked up,” said Pierre.

Family will take ashes to mother

He said Diaz Sanchez’s mother was contacted and told of her daughter’s death.

The family plans to have a funeral and cremation in Trinidad this week.

Pierre said when the border restrictions are lifted, the family plans to return to Venezuela to take the ashes to her mother.

Diaz Sanchez has two brothers -one in Trinidad, and a sister.

Pierre said the family has been in contact with the Venezuelan Embassy as they try to accumulate funds for her final rites.

The suspect remains in the custody of officers of Homicide Region III.