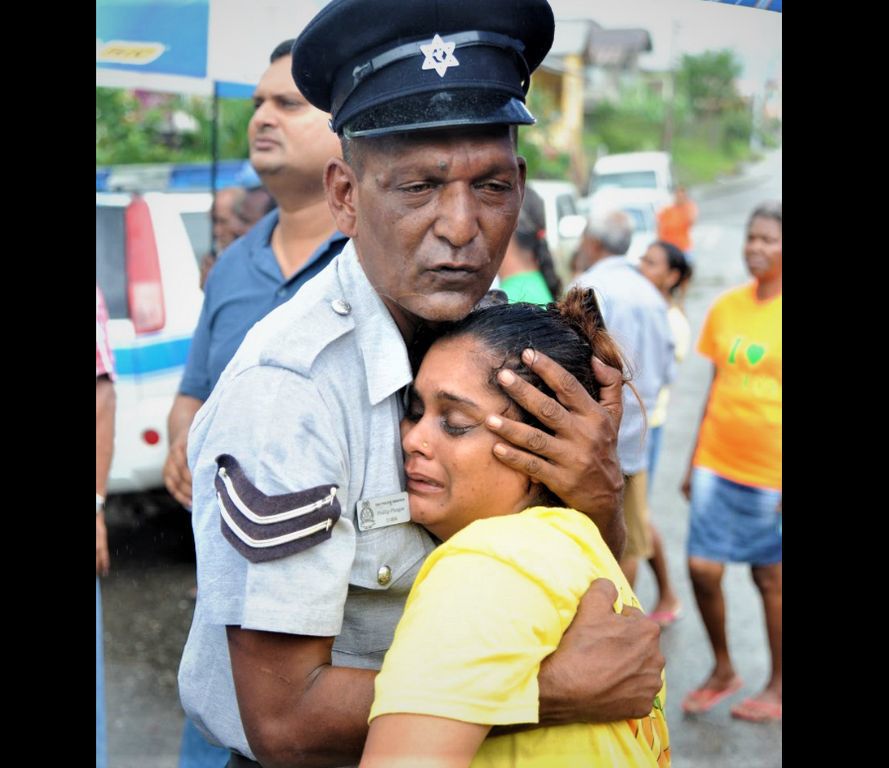 FLASH BACK TO JANUARY 2014: Since deceased Police Corporal Phillip Phagoo consoles Rani Ramdeen outside the Cedros home where her parents, Krishna and Radha Ramdeen, were murdered. The crime is unsolved. Nothing has changed. 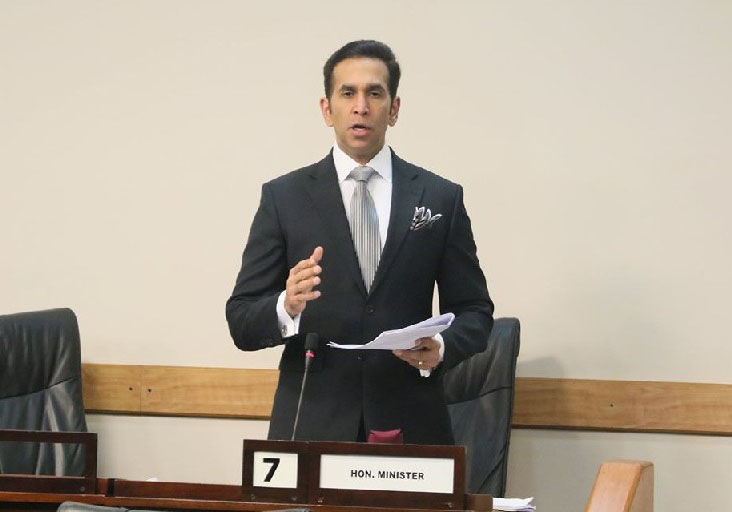 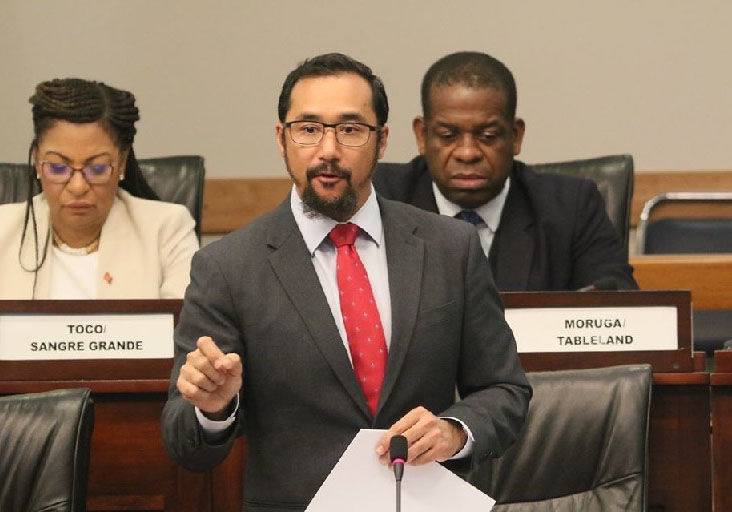 (flashback)Minister of National Security, Minister in the Office of the Prime Minister and Member of Parliament for Port-of-Spain North/St. Ann’s West, Stuart Young, contributing to the debate on The Bail (Amendment) (No. 2) Bill. Photo courtesy The Office of the Parliament of Trinidad and Tobago 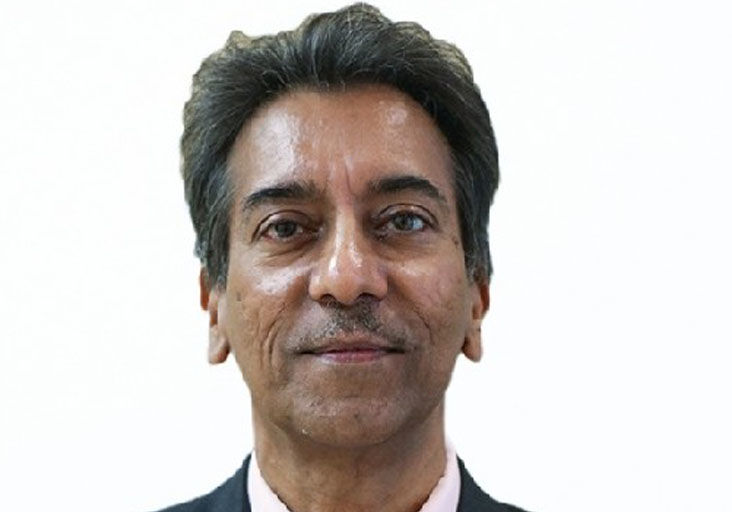 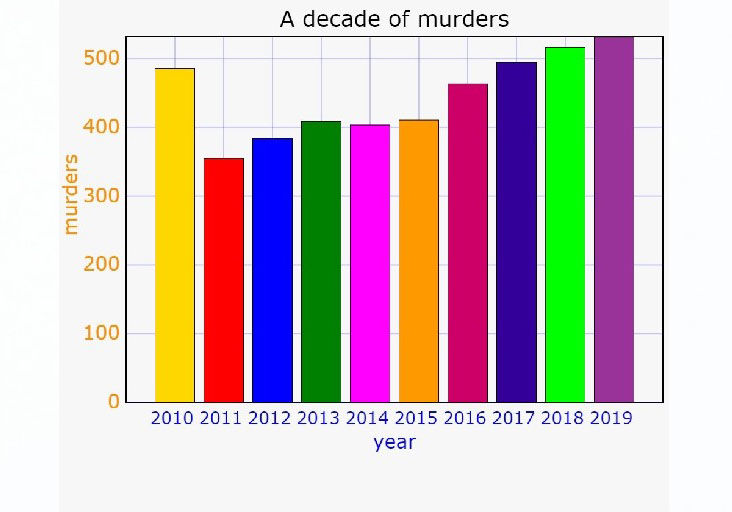 FLASH BACK TO JANUARY 2014: Since deceased Police Corporal Phillip Phagoo consoles Rani Ramdeen outside the Cedros home where her parents, Krishna and Radha Ramdeen, were murdered. The crime is unsolved. Nothing has changed.

(flashback)Minister of National Security, Minister in the Office of the Prime Minister and Member of Parliament for Port-of-Spain North/St. Ann’s West, Stuart Young, contributing to the debate on The Bail (Amendment) (No. 2) Bill. Photo courtesy The Office of the Parliament of Trinidad and Tobago

MORE than 4,440 people have been murdered in Trinidad and Tobago in this decade.

The data matches records kept by the Express.

On average, at least 70 per cent of the killings between 2010-2019 were committed with firearms.

This works out to 3,100 victims being gunned down in ten years.

The murder toll as of last night stood at 533, compared to 516 at the same time last year.

With two days to go before a new decade starts, the 2019 murder toll is the second highest in the country’s history.

Attorney General Faris Al-Rawi said yesterday he was concerned about the high number of killings over the past ten years.

But expressed the hope that the next decade will be better for T&T.

“Coincidentally, I’ve been in politics for ten years myself. And while the numbers of persons killed shows a concerning problem, it also shows that it’s not a recent one and one which has been ongoing for quite a while. Now, for the next decade to be a better one than the one we are now exiting, everyone has to work together. All the pieces of this puzzle need to come together for the benefit of this country and its people.

“Part of that to me, is having the right Commissioner of Police, which I think we do, a judiciary which is open to reform and to positive changes, which again, I believe they are. And a Prime Minister who is open to restructure and allows his members of Government to ardently pursue such ventures. All of these things when combined together will make a difference. This Government has done the work, we have passed the necessary laws and taken the necessary action and I do think that society will be the beneficiary of this venture over the next year or so. People will only trust the system when they have confidence in the system. They will only have confidence in the system when they see that results are coming in and swiftly so. So I believe with all the things we have put in place, within the next year or so, we should be seeing positive changes that will affect the next decade,” Al-Rawi said.

However, he noted yesterday that while the killing of any citizen was unacceptable, the phenomenon was not limited to T&T, and that throughout the Caricom region, the trend of murders had increased.

Responding to questions from the Sunday Express, Young said in 2019 alone, an analysis of the categorisation of causes of murders had 72 per cent of murders attributed to the following related categories: gang-related, altercations, revenge and drug related.

“About nine per cent of the murders were categorised as unknown. The divisions of National Security led by the TTPS have been working closer together and supporting each other in the fight against crime and this has resulted in some levels of success. The availability of illegal firearms has been responsible for over 80 per cent of the murders in 2019 and it is why the Government has been focused on passing legislation aimed at tackling the scourge of illegal firearms. There is also evidence that persons caught and charged with being in possession of illegal firearms, when released on bail, have proceeded to then commit murder using illegal firearms. It is why we are seeking to amend the law related to bail for being in possession of illegal firearms and, in particular, assault weapons. The various arms of national security will be employing additional technology and resources as we continue to tackle crime. I will continue to do all in my power to make Trinidad and Tobago safer and more secure for law-abiding citizens of our twin island state,” Young said.

Chairman of the Opposition UNC David Lee said that in his opinion, focus needed to be on the children of the country.

“With almost 4,500 murders over a decade, it tells you that there is a serious problem in this country that needs to be addressed. And it is one which we cannot place the sole blame on the Police Service for. Maybe we should be looking at our education systems and social/parenting systems. See what goes on in our households. Give that greater attention. See what went wrong and why society now is no longer one in which we have respect for our fellow man, for our elders, for our teachers.

“In the future. the government, regardless of which party holds office, should invest heavily in these systems and pay greater attention to our children and family life. Because it stands to reason that maybe if this was done in the past, we would not be seeing these continuous high numbers over the last decade,” Lee said.

The murder toll has led to citizens developing a culture of fear, anxiety and in some cases, even apathy, Independent Senator and psychiatrist Dr Varma Deyalsingh told the Sunday Express.

He said a lot needed to be done to bring the country back to a sense of normalcy.

But citizens should not give up hope as this can be achieved, he advised.

“The murders which are occurring will take their toll on us as a people. In each community the impact will be different. In hotspot areas, it may be that life continues as normal and the country’s increase barely registers on their psyche because they grow up in communities where they hear gunshots every night. In rural areas, if they see more people dying, and more crimes being committed, they can form the opinion now that crime is getting worse even when it may not actually be true. But it is a new and increasing phenomena to them so they will see it as things are getting worse and worse.

“Then you will have the increased prevalence of social media in which everyone is sharing pictures and videos of killings. On a daily basis to some persons, this can create increased feelings of anxiety even if their lives never cross the paths of criminal elements. For others, they will become apathetic to death and violence. These persons have no qualms with recording murder scenes and so on, because to them, they’re numb to it. And it’s something that they see on a daily basis. Pictures like this can cause people to relapse into emotions and feelings they may have thought they had gotten over. So while it’s hard to pinpoint one emotion that this country may be experiencing as a result of the increase in murders, its impact is undeniable,” Deyalsingh said.

He suggested ways to alleviate feelings of anxiety and tension people may be feeling.

“Firstly, we need guaranteed safe areas for persons to go out and lime and just de-stress. It can be anywhere. The Botanical Gardens, the Chaguaramas Boardwalk, Maracas Beach, or ideally all of the aforementioned locations, it really doesn’t matter. What matters is that these areas are guaranteed crime-free areas. Where there is a continuous police and army presence. It may give the appearance to some as a military state but this joint initiative is crucial. It will give people the sense of safety that they desperately need. Because many people feel cooped up because they no longer want to do anything outside because they no longer feel safe, and this in turn leads to increased stress, because now those same persons have no outlets for their own issues,” Deyalsingh said.

He also suggested that further emphasis was needed on youth camps or training programmes for children.

“The idle children, the ones with nothing to do after school, and during holiday periods, they are the ones who are most at risk to finding trouble and getting in trouble. So we need mandatory programmes to protect our children which will in turn protect our future,” Deyalsingh said.

PORT of Spain Mayor Joel Martinez has described yesterday’s shooting in Port of Spain, which…

'I robbed Ian to clear a debt'