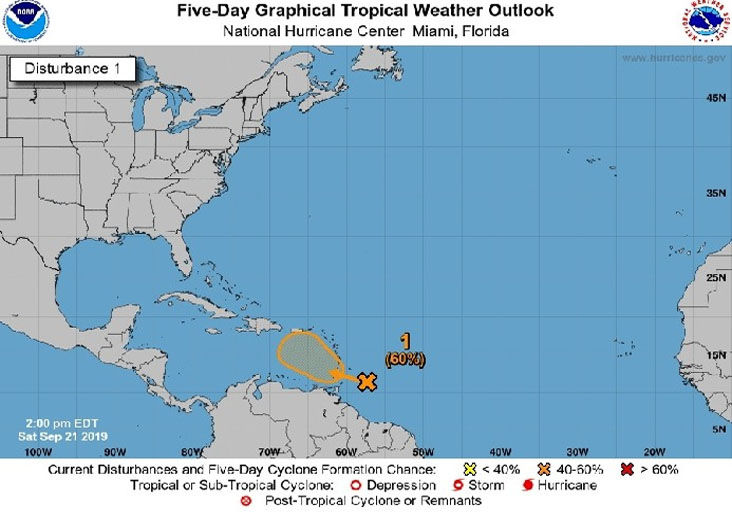 on target: This graphic shows the tropical wave formation (X) east of Trinidad yesterday afternoon. It is expected to affect the country today. 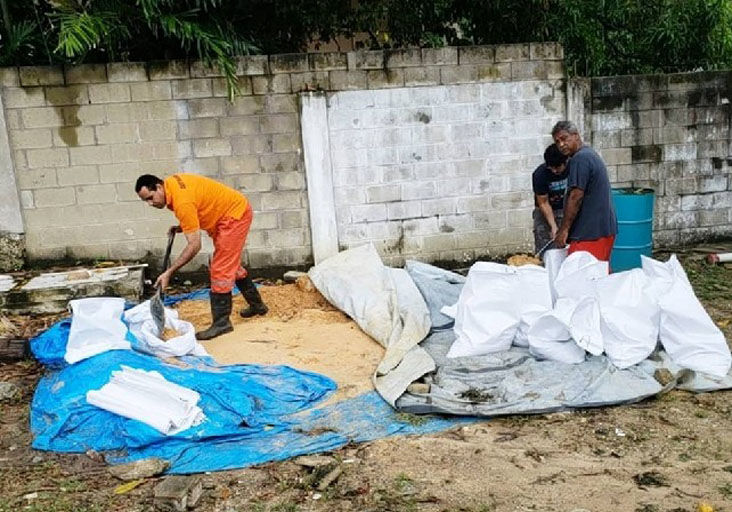 on target: This graphic shows the tropical wave formation (X) east of Trinidad yesterday afternoon. It is expected to affect the country today.

AN “intense tropical wave” is likely to affect the country early this morning until tomorrow around 8 p.m. The Trinidad and Tobago Meteorological Service (TTMS) yesterday raised its alert level to “Orange”, meaning that citizens should brace for bad weather today.

Concerns about the weather system pummelling T&T with high winds, heavy rains and winds in excess of 65 kilometres per hour forced the postponement of a planned benefit concert for hurri­cane-­­ravaged Bahamas today in Chaguaramas. Archbishop of Port of Spain Fr Jason Gordon also took to social media to announce that a rally planned for the Queen’s Park Savannah in Port of Spain this afternoon had been shifted to the Centre of Excellence in Macoya because of expected heavy rains and high winds.

It is possible to build a better Trinidad and Tobago.

Duke: Nothing less than $10,000 for public servants

“Rock so with six per cent. The lowest paid public servant must be paid about $10,000.”