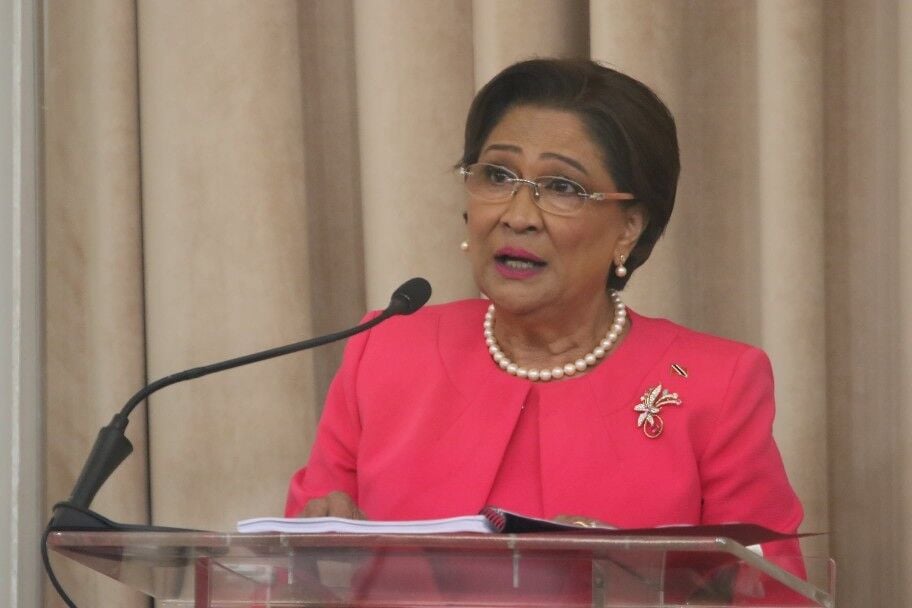 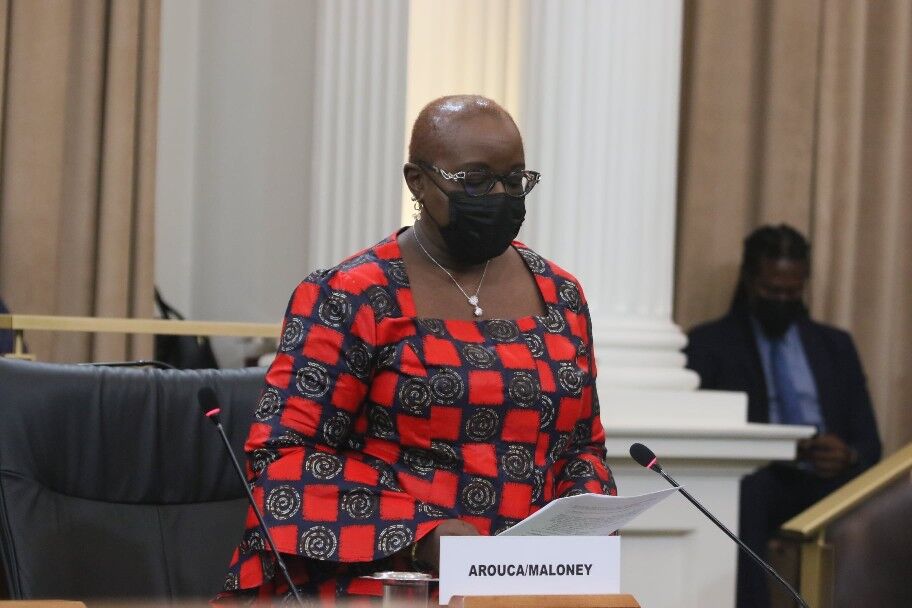 THE budget debate came to an abrupt end on Saturday with both the Government and Opposition blaming each other for the “collapse”.

Opposition Leader Kamla Persad-Bissessar has accused Prime Minister Dr Keith Rowley of being a coward and hiding from speaking in the debate while Leader of Government Business Camille Robinson-Regis charged that the Opposition is an “embarrassment” to the Westminster system.

A number of senior parliamentarians did not speak in the budget debate, including the Prime Minister and several Government ministers. Senior Opposition MPs such as Oropouche East MP Dr Roodal Moonilal did not contribute.

A total of 11 Opposition members spoke during the debate, including Opposition Leader Kamla Persad-Bissessar while 12 Government members contributed, including Finance Minister Colm Imbert.

There are 41 parliamentarians comprising 22 Government members and 19 Opposition members.

The drama unfolded when Minister in the Ministry of Education Lisa Morris-Julian ended her contribution to the debate on Saturday night and there was no move on either side to put forward a speaker.

“You not putting in anybody else at this time?” asked Robinson-Regis as Lee said something in return which was not audible.

Both Rowley and Persad-Bissessar were not in the Chamber at the time.

Robinson-Regis then got up and went behind the Speaker’s chair.

“I feel like we are being misled, Mr Deputy Speaker. What is happening? The minister (Imbert) is present; he should be wrapping up,” Opposition MP Khadijah Ameen is heard saying.

By this time House Speaker Bridgid Annisette-George had returned to the Chamber and had a brief exchange with Forde.

“OK, so there are no other speakers?” asked Annisette-George and again there was none from either side.

She then called on Moonilal who moved a motion of privilege against Attorney General Faris Al-Rawi which the Speaker said she will rule on at another sitting.

Following this, Imbert was called on to wrap up the budget debate.

“It is obvious that the presentations by the other side have collapsed and there is a very good reason for that, Madam Speaker, because there is nothing in this 2022 budget that they can get their teeth into,” said Imbert.

The Appropriation (Financial Year - 2022) Bill, 2021 was then moved to the Parliament’s Standing Finance Committee and the Government and Opposition cooperated and worked out a timetable for this week’s sessions . Heads of Expenditure for each ministry will be examined by this committee from today.

The House was then adjourned to 10 a.m. today.

Following the adjournment of the House, Persad-Bissessar issued a release on Saturday night claiming that the Government members refused to defend Al-Rawi in their contributions.

“In an act of cowardice Keith Rowley hid from Parliament and did not speak in the budget debate. Is it that Keith Rowley is too weak to stand and speak in Parliament for a mere 45 minutes to defend his own budget?” stated Persad-Bissessar.

She said it is evident that Rowley cannot defend his punishing property tax, his fuel liberalisation plans, and other punitive measures which his Government is seeking to implement in the 2022 budget.

Persad-Bissessar then went on to give the Opposition’s take on what transpired.

She stated that at around 5.45 pm, just after Moonilal moved a motion for breach of parliamentary privilege against Al-Rawi, the Government failed to put forward any speaker to continue the debate. She said UNC Chief Whip David Lee offered the option of adjourning to Monday “seeing that Government MPs were totally unprepared”.

“Faced with no one prepared to speak from the Government bench and MP Roodal Moonilal present in the chamber to speak next for the Opposition, the Minister of Finance was told to wrap up the budget debate,” she stated.

“All of this occurred while chaotic scenes took place behind the Speaker’s chair with Government MPs scrambling to figure out what to do. Minister Imbert seemed to be caught off guard by the Speaker and did not use his entire 45-minutes speaking time,” she added. Persad-Bissessar noted that several Government members such as Stuart Young, Robinson Regis, Marvin Gonzales and Pennelope Beckles were present and did not speak.

“Information relayed to Opposition members stated that some Government MPs refused an instruction to defend Attorney General Faris Al-Rawi in their budget speeches. It is clear that PNM MPs chose to commit mutiny and not speak rather than stand in Parliament and be forced to defend Faris Al-Rawi,” she claimed.

She said the Opposition was “thoroughly prepared” to continue the debate and respond.

Persad-Bissessar stated that Government’s failure to account for what was done in the past year as well as plans for expenditure in the coming fiscal year is “extremely worrying”.

“It is also abundantly clear that members of the Government are not prepared to defend the actions of their colleague Attorney General Faris Al-Rawi” she stated.

Robinson-Regis yesterday issued a release giving the Government’s side of what transpired, stating that after Julian-Morris spoke the Opposition failed to provide any rebuttal, hence Imbert wound up the debate.

“Despite enquiries from both the Deputy Speaker and the Speaker of the House to the Opposition, whose turn it was to continue the debate, none of the four members of the Opposition that were present sought to add anything further,” she stated.

“The 19 Opposition MPs are embarrassments to the Westminster system. They have shirked their responsibilities to represent the view of 19 constituencies that elected them to office,” she added. Robinson-Regis stated that Imbert, in his “inimitable style”, brought the debate to an end.

This Opposition has developed a penchant for not taking their role seriously, she said, adding that the Opposition consistently demonstrates a total lack of preparation and understanding of their responsibility to the nation.

Robinson-Regis said Persad-Bissessar was absent and she thanked Imbert for presenting an “irrefutable budget” and for rising to conclude the proceedings where the Opposition could not.

“The Opposition’s continued failure to engage in debates is a clear indicator that they blatantly disregard and flout their duty to the citizens of Trinidad and Tobago,” she stated.