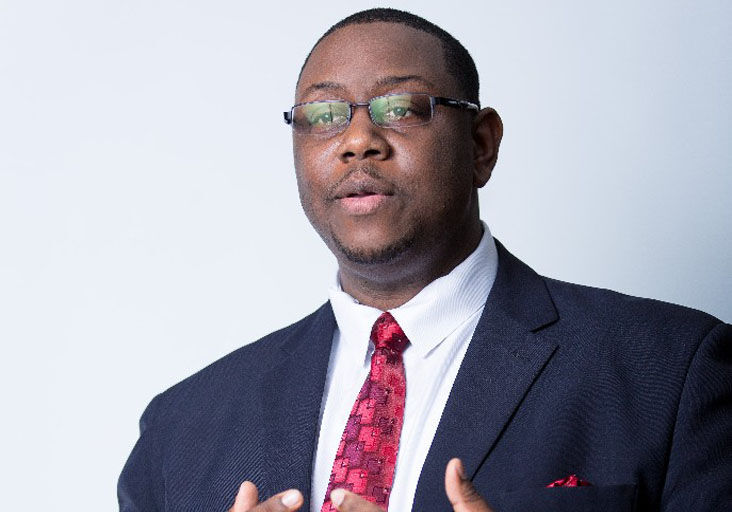 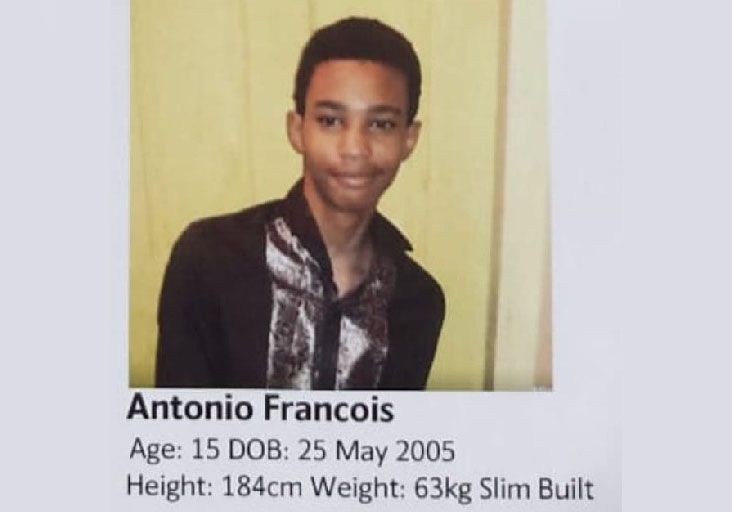 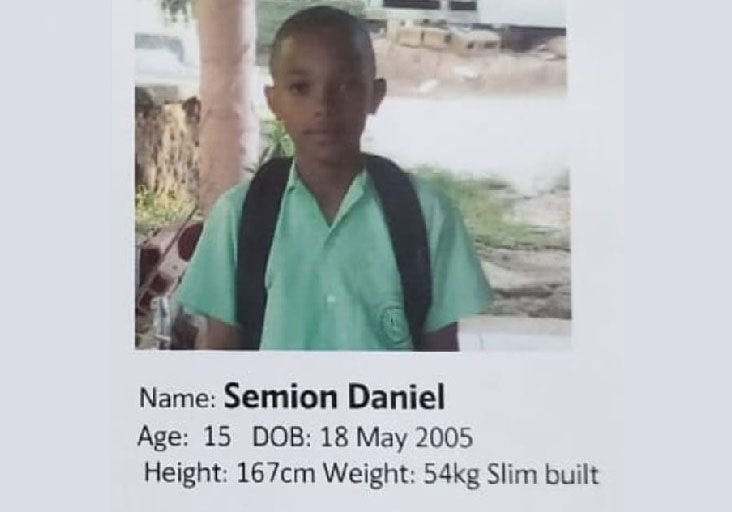 The Children’s Autho­rity facility, from which five boys absconded in March, two of whom were killed days later, was the same centre at which a teenage boy hanged himself four years ago.

The Valsayn Child Support Centre is one of four children’s care facili­ties set up, run and controlled by the Children’s Authority.

The three other centres are located in East and South Trinidad and in Tobago.

On March 19, five boys ran away from the facility.

Eight days later, Antonio Francois and Simeon Daniel, both 15, were killed on the rooftop of an abandoned house in McShine Lands, Laventille. Francois was from Laventille; Daniel was from Siparia.

Two of the other boys were returned to the Children’s Authority. The fifth boy has not been found, police said yesterday.

No one has been arrested for the murders of Francois and Daniel.

It was not the first time that children died while in the care of the authority’s child support centre.

In 2017, 17-year-old Joshua Jaylon Boneo walked into the bathroom of the same centre and hanged himself with his belt.

He had signalled his suicidal ideation in several ways, leading to questions about the level of care and supervision by the authority’s child care professionals.

“I’m very concerned that there is an under­lying issue in that facility that nobody seems to be putting a handle on,” said Melanie Cruickshank, mother of Joshua Boneo, in an interview with the Sunday Express last week.

“Now you have five children running away and they are saying they having issues in the facility. So I’m very concerned that nobody dealing with the issues that’s going on in the facility.

“They (Children’s Au­thority) have a new board, new management, whatever, but they still having underlying issues that nobody’s dealing with. Maybe those children need to talk to somebody on the outside, maybe the facility needs to move from where it is because environment plays a big role in children’s life,” she said.

Cruickshank had expected the authority to relocate the facility following her son’s suicide four years ago.

“I am very, very disappointed in the fact that they would have them children in the same place that a tragedy took place,” she told the Sunday Express.

Her son, Joshua, kept a journal in which he drew a coffin.

Many entries spoke of death.

He also composed a timeline of his educa­tion­al aspirations; he had expressed a strong desire to enrol in the Military-Led Academic Training (MiLAT) programme. At the time, most of the more-than-a-dozen children housed at the centre did not attend school.

Formerly called A Place of Safety, the Valsayn child support centre was a transition facility, but Joshua was never transitioned out.

At the time of his suicide, he had been there for six months—a breach of Section 14 of the Children’s Authority Act, which states, “A child received by the Authority shall not remain in a Reception Centre for a period exceeding 12 weeks.”

Other children at the centre, the Sunday Express wrote in 2017, knew Joshua was thinking of suicide when he bid them thinly cloaked farewells.

To one, he said something about this being the last time they would talk.

In his journal, Joshua poured out his despera­tion at the prison-like conditions at the centre.

In 2015, two years before his suicide, concerns were raised about potential dangers at the centre.

The Sunday Express had then seen corres­pon­dence in which the au­thority was advised against padlocking children 24/7 in a house with inadequate stimula­tion.

They were advised not to mix adolescents with young children, to increase its supervisory staff from two, and to reduce the length of shifts.

Observers further noted there were too many structures in the house that children could use to commit suicide; and in the event of a fire, the gates and padlocks would quickly heat up, thus becoming unsafe to touch.

Those questions have never been answered.

Cruickshank filed a lawsuit in the High Court six months ago against the authority and the State for negligence, contending the authority did not put sufficient measures in place to prevent Joshua’s untimely death.

The authority has sought an extension of time and is expected to file its defence at the end of this month.

Represented by Anand Ramlogan, SC, Cruickshank scored her first legal victory when the court ordered the authority to release docu­ments related to Joshua and his care, including her son’s journal, that they had previously refused to release under the Freedom of Information Act (FOIA).

“In all cases we have problems getting children’s documents and we are forced to file FOI applications which is costly for the families, and even then we have to take them to court sometimes to get the do­cuments and informa­tion,” said Ramlogan last week.

“These are delay tactics. Why not just pull the file, scan the documents and e-mail it? Why you putting people through the hassle of hiring a car to take them to collect it somewhere in the hot sun. I mean, come on.”

Getting information, he said, should not be like using a pliers to yank teeth out of somebody’s mouth.

“There are problems with full and frank disclosure. I think there needs to be a greater willingness to engage in meaningful dialogue with the families of the children on the basis of full and frank disclosure. Getting information cannot be like using a pliers to yank teeth out of somebody’s mouth. It should be recognised that it is the families’ legal right to access the requested information. The Children’s Authority is a public authority that operates on public trust and therefore has a duty to facilitate the disclosure of the information with mi­nimal expense,” he said.

Following Joshua’s suicide, Stuart Young, then-minister in the Ministry of the Attorney General, said both the police and the Children’s Authority had launched separate investigations.

Line minister Ayanna Webster-Roy, Minister of Gender and Child Affairs in the Office of the Prime Minister, confirmed to the Sunday Express on April 12 that an investigation and report were completed by the authority.

She requested that the Sunday Express e-mail questions to her.

A list of questions was sent to Webster-Roy, as well as the Children’s Authority.

On April 19, Webster-Roy said the authority was working on compiling answers to the queries. The Sunday Express is still awaiting those answers.

But immediate past chairman of the authority Hanif Benjamin said he received no report on Joshua’s death at the Valsayn Child Support Centre.

“No, I did not,” he said, when asked whether he had received a report.

Asked about improvements to the centre during the period of his tenure, Benjamin recalled that the authority trained security personnel on how to safely restrain the young boys housed at the centre.

He said the authority had trained its own security personnel to handle matters sensitively rather than punitively.

He said he knew people were interviewed and hired.

The Valsayn Child Support Centre currently houses 15 to 20 of the 957 children in the care of the Children’s Authority.

The authority is responsible for licensing and monitoring of all children’s homes run by NGOs (non-governmental organisations) and other organisations.

Sources close to the authority told the Sunday Express that the Valsayn Child Support Centre is unlikely to pass the authority’s own licensing criteria.

On a normal day, the Sunday Express learnt, the centre is staffed by a manager, who has been acting in the position for some time, and caregivers.

Those caregivers enter the authority’s system with basic qualifications of three CXC passes and fill the roles of mommy and daddy, meeting the boys’ basic needs. They have no training in counselling and/or social work.

A children services associate (CSA) is assigned to each of the authority’s child support centres.

While the job description for the CSA lists 16 key and detailed responsibilities of a case worker, the Sunday Express was told the CSAs are mostly kept busy transporting children to and from court and other appointments—responsibilities that should be assigned to the caregivers. That leaves the CSAs little time to manage children’s individual cases, monitor their schoolwork, and family and other interactions.

Both Prime Minister Dr Keith Rowley and Health Minister Terrence Deyalsingh yesterday confessed to being reduced to tears in the face of their “disappointment” over “the response of the national community to pandemic restrictions” and the tragic consequences that flow from it.

The Government deepened and tightened its containment measures from midnight last night, announcing that with the exception of essential services the country goes into extended lockdown until May 23.

The Covid-19 death toll jumped again yesterday, with five added deaths being reported by the Ministry of Health.

The death toll from the virus now stands at 196.

Opposition Leader Kamla Persad-Bissessar has called on the Government to engage all stakeholders to form a united front to fight Covid-19.

“This is a time for humility and not a time for arrogance. The UNC and many stakeholders have been trying to assist since the beginning of this crisis, but the Government has pursued its own way,” Persad-Bissessar stated in a news release yesterday.

NATIONAL flags across the country will be flying at half-mast today as former minister of energy and energy industries Franklin Khan is laid to rest.

Khan’s funeral will be held from 10 a.m. at Aramalaya Presbyterian Church in Tunapuna, with only ten people at the service in keeping with Covid-19 regulations.

A gift of 100,000 vaccines from China will make its way to Trinidad and Tobago from next week, says Health Minister Terrence Deyal­singh.

He added that some 33,600 AstraZeneca vaccines will also be arriving at Piarco on Monday from the COVAX facility.

Speaking yesterday at the Prime Minister’s news conference at the Diplomatic Centre, St Ann’s, Deyalsingh noted that the World Health Organisation (WHO) had given approval to the Sino­pharm vaccine for emergency use.