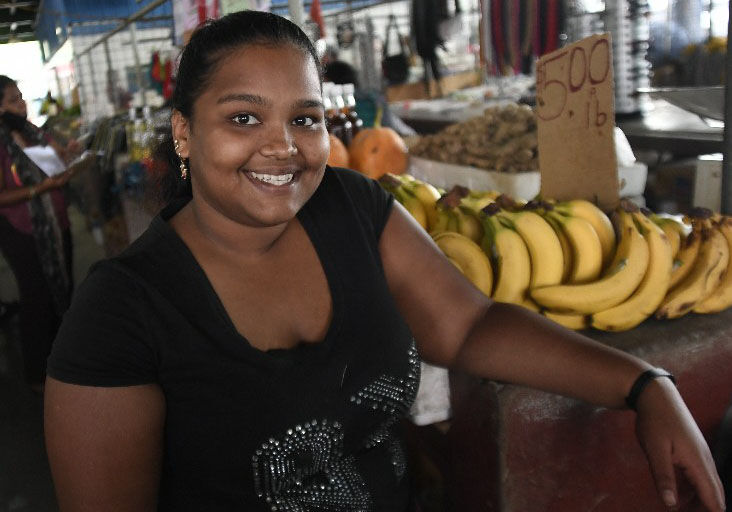 First-time voter: Annisha Charran, 18, is excited about being able to vote in the general election on August 10. 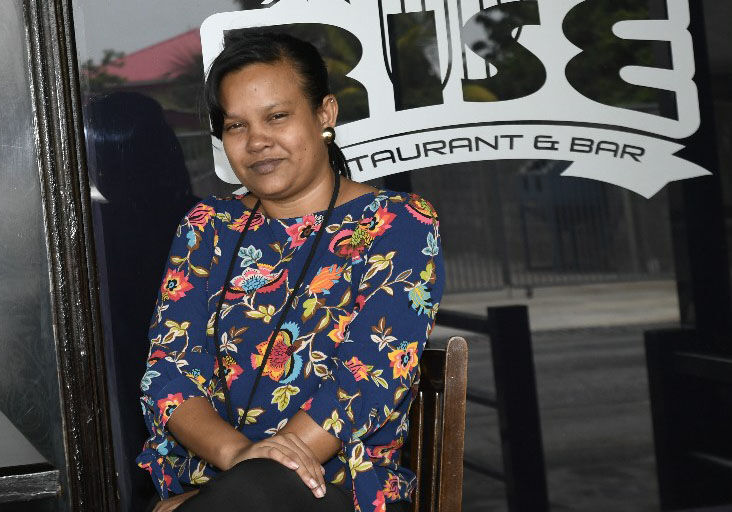 Voting UNC’: Vanessa Hosein, manager at the popular Rise restaurant and bar in Chaguanas, laments the poor state of the restaurant industry on Thursday as the general election day draws nearer.

First-time voter: Annisha Charran, 18, is excited about being able to vote in the general election on August 10.

Voting UNC’: Vanessa Hosein, manager at the popular Rise restaurant and bar in Chaguanas, laments the poor state of the restaurant industry on Thursday as the general election day draws nearer.

AS the August 10 election swings into high gear, Chaguanas East residents are clear on who they are voting for, and are not shy to confess.

Some are pinning their hopes on PNM candidate Clarence Rambharat, who has served as Agriculture Minister in Prime Minister Dr Keith Rowley’s administration.

And an equal number of burgesses are willing to lend support to newcomer, Chaguanas Mayor Vandana Mohit, who is hoping to retain the seat for the United National Congress (UNC).

But no matter who they supported across the constituency, when the Sunday Express visited last Thursday, voters were one in praising Prime Minister Dr Keith Rowley for his management of Covid-19.

They also expressed “relief” that the spate of crime, murder and mayhem which had characterised Enterprise had “calmed down”.

They, however, have major issues with traffic congestion, an inadequate supply of water and basic infrastructure, including potholed roads.

At the Rise Restaurant on Rodney Road, which borders Lange Park, restaurant manager Vanessa Hosein said: “Of course, I will be voting UNC. I voted PNM in the last two elections. They are not getting my vote again. I can’t go through another five years with them. I don’t think the country can make another five years with them either. No infrastructure, except for the Curepe Interchange nothing has improved across T&T for the past five years.”

But she paid kudos to the Rowley administration for its successful management of Covid-19.

Moving to the Salary Relief Grants, which was valued at $1,500 monthly for three months, Hosein said: “I think they handled Covid-19 well. I applied for the grants, as well as about ten members of staff. No one has received it yet.”

Surveying the restaurant industry, she said: “Under Kamla (Persad-Bissessar), the industry was booming. The country was on the map. People are not coming out because of the truncated hours. People are posting on social media if it is liquor people want to drink. It’s not a case of ‘rum when I call you, you have to come’.

“Remember the industry was closed for about three months. We lost income. Bar owners are affected. If we don’t have Covid-19 spread, why are they keeping the borders closed?”

Deonarine, a Caparo resident, said: “If I have to vote, it will be for the UNC. I don’t like how the PNM managed the country. People lost jobs before Covid-19. Sales are slow.”

Arvin Rattansingh said: “The roads are bad. Longdenville Main Road, Enterprise Road and Cunupia Main Road. The road to get to my family in Brazil (San Rafael) is bad. A lot of potholes on the Tumpuna Road (Arima).”

Rene Rattansingh added: “My Brazil family does have to change shocks, brakes and tyres on their vehicles regularly. They can put a Bailey Bridge at Maracas, but they can’t fix the land slippage in places like Manuel Congo.”

Fire fighter Robert Burton, a resident of Oasis Gardens, said he is voting PNM, adding that the party seems to have a good work ethic.

He however lamented, “We need a better water supply. The quality of the water is like mauby. We need proper roads and basic infrastructure. The government should concentrate on improving the quality of life for people. Traffic congestion is a big issue. It’s one of the things we would like to see improved upon.”

Burton added: “Politicians can no longer deceive people. Don’t wait till the year of an election, and, then decide you want to pave a road or construct a bridge. They could start the highway expansion and the hospital earlier. Do things in a proper, methodical manner.”

Clutching her heart, Big Bear bar employee Eris Garcia, 69, at Crown Street, Enterprise, said: “I love Dr Keith Rowley. I am voting Rambharat. He is a good boy. I saw MP Fazal Karim now and again. He’s cool. Rowley is taking care of me, my children and grandchildren. I am a die-hard PNM. He can get my vote anytime. With the PNM we know what we have, we don’t know what we will get.”

As she spoke, an image of Rowley flashed across her TV screen, and she said: “Look meh boy Keith. He nice too bad. I does stay up till about 11 p.m. watching Rowley. I like to hear him talk.”

Moving to the mayhem which had engulfed Enterprise, Garcia added: “I did not like how they were killing each other. Blood flowing in the streets. But things calm down now. The killers probably understood, they will have to die and face the Maker someday.”

She also said the young people should get jobs.

“Some of them are begging. I want them to be independent. They need to start to build a proper life for themselves.”

Across the road, Tropical Angel Harps’ captain Phillip “Winky” Morris, 70, felt the election will be a good fight, but tough to tell the outcome.

“I feel we could end up with a 20-20 situation, or an 18-18. I am not sure who I will be voting for. I might make up my mind on election day. Whoever is giving support to pan, I will be supporting them. Voting could be a spur-of-the-moment thing,” he said.

Sharing his thoughts on crime, Morris said: “Crime happens all over the world. It’s hard to fight. You make friends and enemies. There has to be divine intervention in the hearts of men for crime to end.

“Enterprise went out there in a bad way. But it is a nice place. Nice people. Nice children in the youth orchestra. They begging me to come out and practise. But I tell them wait a little with the Covid-19. Thanks to Rowley, we in a better space than most countries.”

“Winky’s” drinking cronies Lana Gordon and Anthony Cambridge also said they should “close down the school (up the street), and, build a community centre”.

A man, who wished to remain anonymous, said: “The famous Enterprise mosque is no more. Just the structure there. The Rasta City and Muslims had their gang warfare. They quiet down. The killings ended.”

At Lange Park, Scottish national Andrew Purdue, a retiree who has been living here for 40 years, spoke to the Sunday Express from his Ring Road home.

He said he got his card from the EBC.

“I voted in the local government. I will be voting in the 2020 election. It is divided. Around here is a UNC area. I know Trinidad better than some Trinidadians.”

Purdue complained he had to “cut the bush” for himself, and some petty thieves had vandalised a few homes.

He also complained vehemently about the “terrible” traffic congestion in the area.

Also speaking to the Sunday Express, a Lange Park engineer said: “The PNM did a fantastic job. I am impressed. Prof Ken Julien did a magnificent job at the Pt Lisas (Industrial Estate). The demand for fertiliser is down. We have to prop up energy. But this is a UNC safe seat.”

On the flip side, he said: “Security is good. But traffic congestion is bad, especially on mornings. They took the money, and sent it to Fyzabad. Since then we are suffering.

“They shot down Jack Warner (former works minister) who had plans for the overpass.”

On Enterprise, he said: “Things have calmed down. We don’t hear the nightly gunshots. Bullets caused us to cower. I don’t know what the police did down there.”

She would normally make about $1,000 selling produce, but it has been reduced to about $500.

Charran added: “People shopping for essentials. They don’t have extra money to spend. They watching every cent like a hawk.”

Chaguanas Kemol Nicholas also noted sales were slow. “I might make about $5,000 a day. Now I’m lucky if I make $2,500 in a week. I have PNM family who never helped me. I have to work hard. I am voting for Mohit. Give the mayor a chance.”

Six persons, including a woman, were charged for the murders of Kenny Wolfe, 35, and James F…

Licensing Division comes up with plan, after chaos

He poured boiling water on a woman

A drunken man who poured a pot of boiling water on a woman who asked him to leave her house,…